We all need one chance in our lives to do something absolutely outrageous, completely brainless and ill advised. Doesn’t it just feel beautifully rebellious to throw away any pre-conceived notions of sanity and do one thing that completely terrifies you?

Something you know society would scoff at, something you know your mother wouldn’t approve of? Well over here at Adventure in You have just signed up for an event called the Rickshaw run. This involves driving a motorised rickshaw, or tuk-tuk, 3500km from one side of India to the other for charity. This is possibly the stupidest thing we’ve ever put our names forward for, and that’s got us pretty excited.
The race starts in Shillong, in India’s North East, and ends just over two weeks later in Kochi on the south west coast. Around 30 equally irresponsible teams will take part in the event, all driving personally designed rickshaws, all raising money for various causes. We will have to drive over 200km a day in a vehicle that’s only meant for short city trips. We’ll have to deal with terrible dirt roads, busy dusty highways, crazy Indian drivers, breakdowns, and inevitable illnesses.

Read: Crazy Adventure Challenges Around the World with Large Minority

It’s a Piece of Junk

If you’ve ever been carted around in one of these bad boys you’ll know first-hand they are not exactly the greatest from of transport to cross a city, let alone a country with. They are essentially a small 150cc motorbike with a trolley strapped to the back. Their top speed, when they aren’t filled with people and luggage is a mere 55km per hour. Yes, they are little more than a glorified lawnmower.

Keen on driving a tuk tuk across a country? Why not do it in Sri Lanka? Read about the crazy Lanka Challenge to find out more and even get an exclusive 5% discount code. 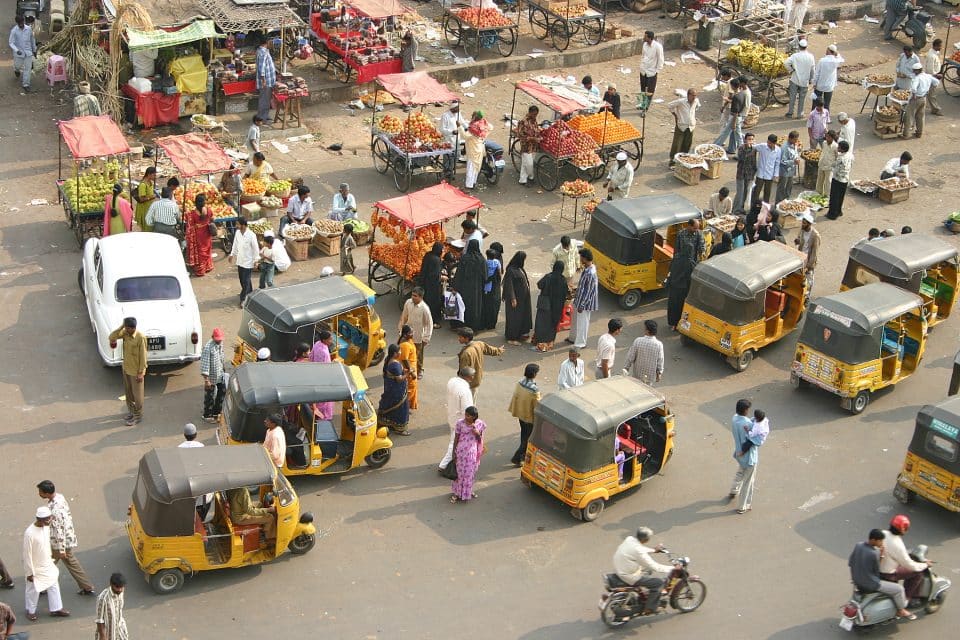 These things break down, a lot. India doesn’t exactly lead the world when it comes to motoring standards, normally preferring the ‘quick fix’ option of duck-taping bits of engines back together when they start to fall apart. One team in last year’s event broke down a record of 115 times. 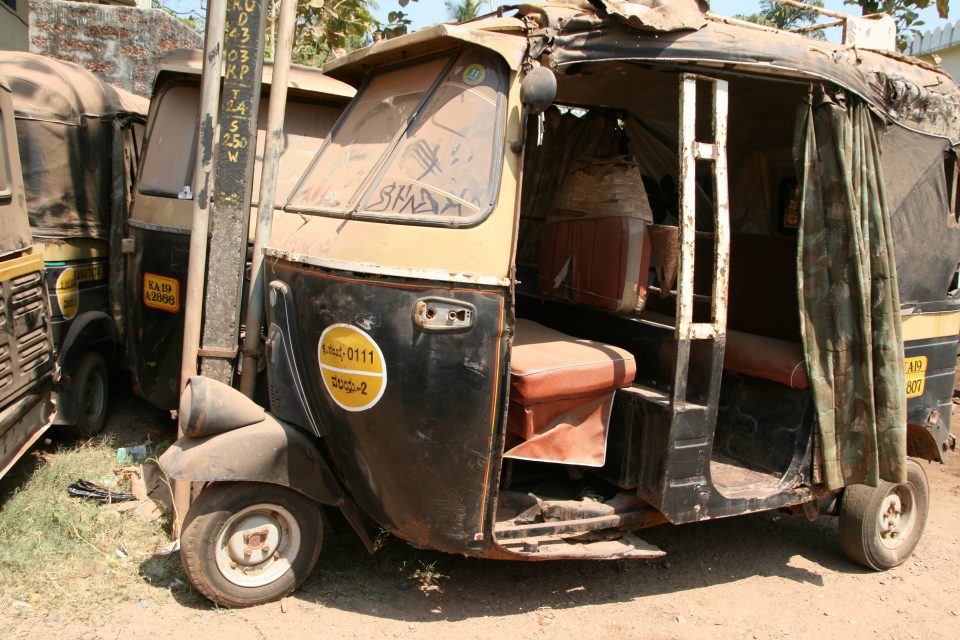 Editor’s Note: Still looking for more India Travel Tips? Check out our ful guide featuring the best things to do, where to go, and more.

Indian roads are crazy. Just insane. They range from sodden dirt tracks to bustling 5 lane highways full of erratic drivers. They are not safe, at all. In fact, India has the highest death rate from road accidents and it is believed that someone in India dies in a road accident every four seconds!

Related: 10 Things I Didn’t Know Before Traveling to Asia 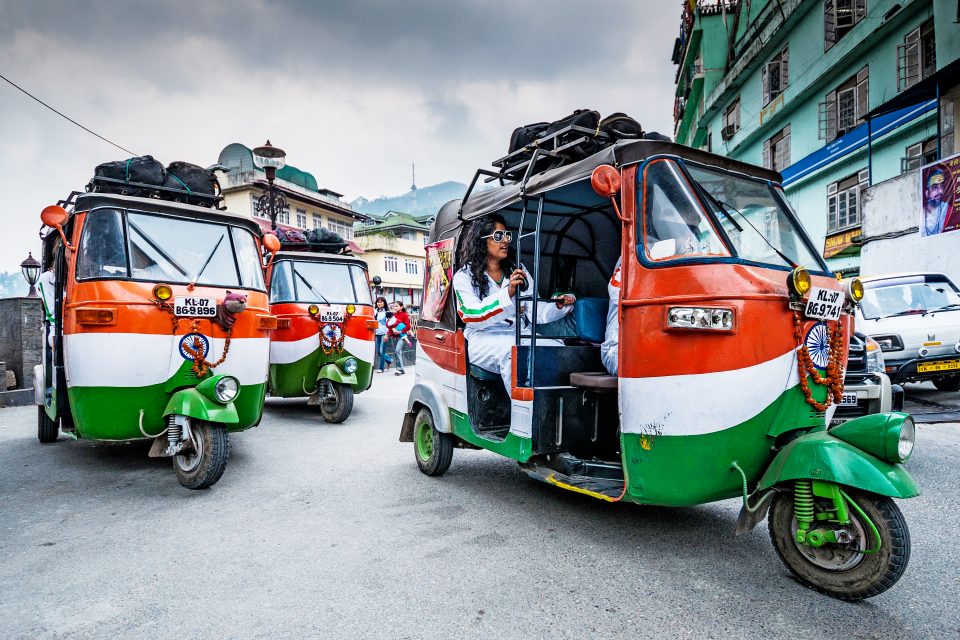 Some parts of the country we will have to drive through are known areas of bandit activity. While there have never been any incidents on the rickshaw run, a team in last year’s race did need a police escort to get through one particular town! While most of India is pretty safe, there are still some towns that we generally recommend to avoid. If you’re curious how to go about traveling India solo, here are some great tips for you to follow. 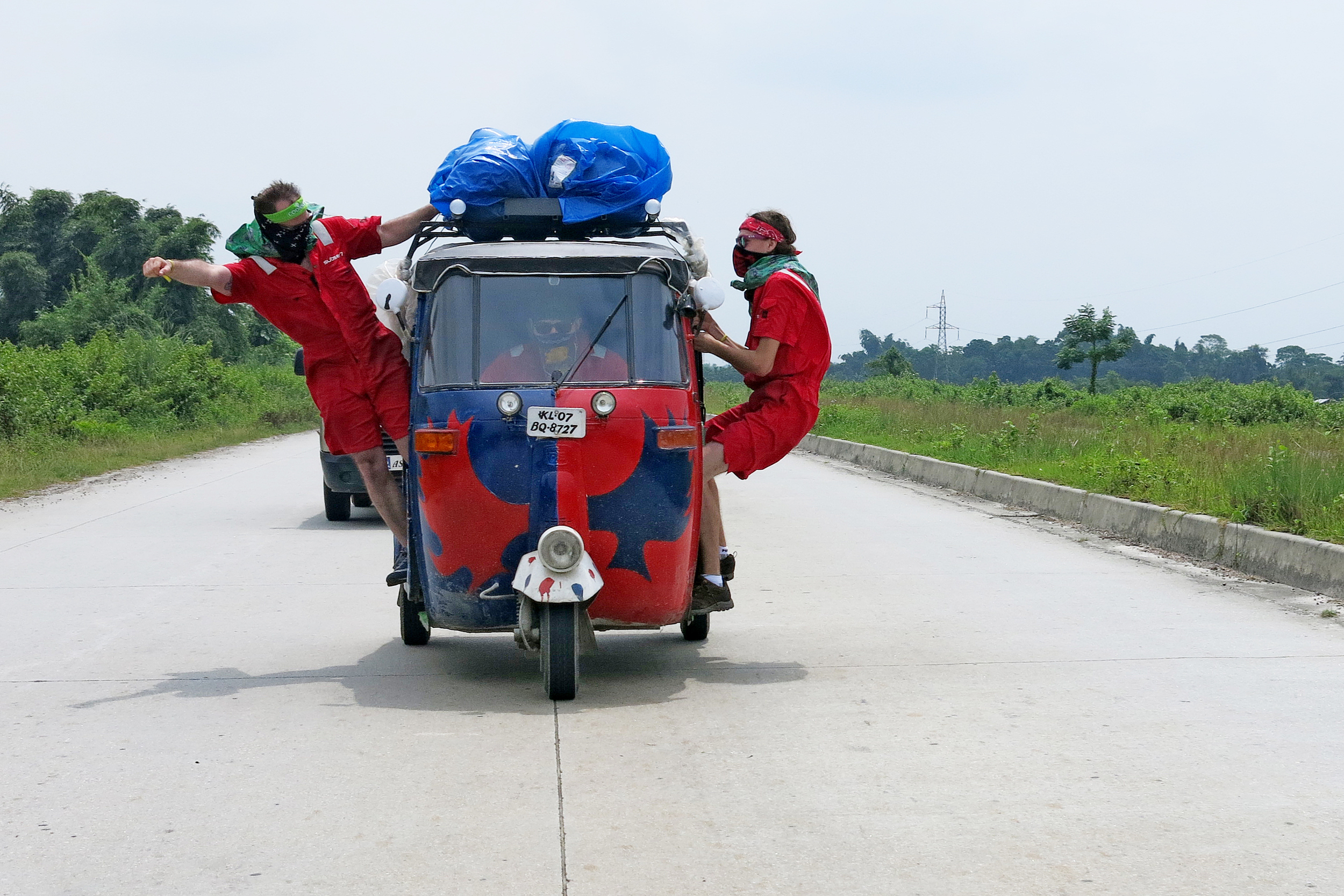 Rain (and lots of it)

We are doing this Rickshaw Run in monsoon season. The worst time of year we could possibly do this. In monsoon season in India, it has been known to rain nonstop for 3 months at a time. Rivers rise to unimaginable levels, causing flooding and making already terrible roads even less safe to drive on. 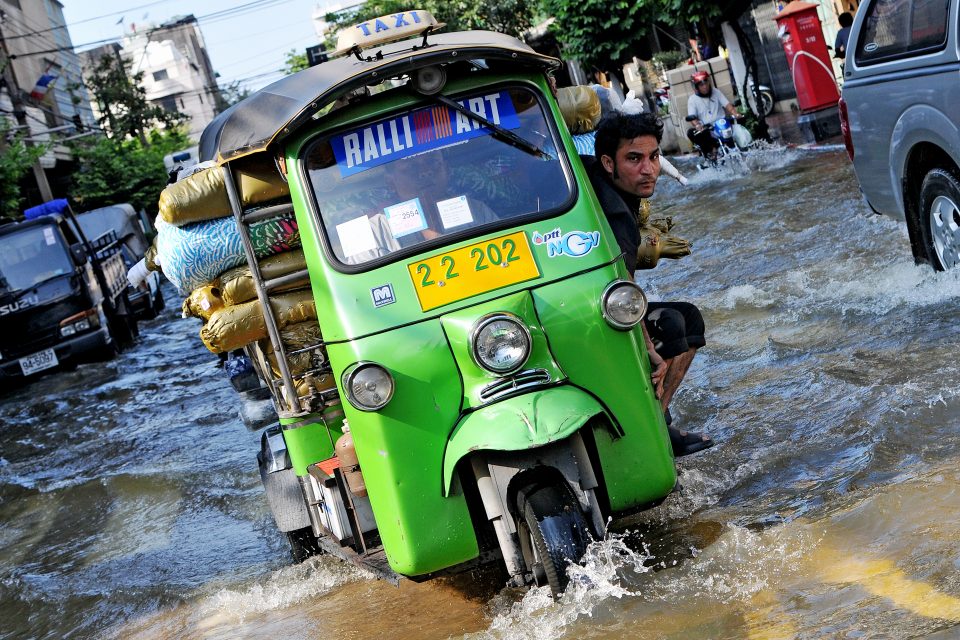 So why the hell are we doing this? Why would we risk our life and limb to spend two weeks, driving every day in an extremely uncomfortable, unreliable vehicle? Well like I say, we all need that one opportunity in life to push things just that little bit further. To step so far away from our comfort zone that we forget what the comfort zone even looked like. Sure it’ll be tough, sure we’ll break down loads and get lost, but isn’t that what adventure is all about? No great adventure ever really starts out as a ‘sensible’ idea, the most fun we ever have is when we’re doing something we’re not really supposed to.

It’s that ludicrous lure of foolish thrill that guided us to the rickshaw run. Oh, and there’s one more reason as to why we’re doing it. Charity of course. We’re raising money for Cool Earth, an awesome charity that works will local villagers in South America to help stamp out deforestation and save the rainforest. Over 350 million people live in the rainforest, and on top of the negative effect it’s having on our planet, pulling down so many trees is ruining these people’s homes and their lives. Cool Earth supports these villagers to help them stop deforestation at the source.

Next: Read About Driving a Tuk Tuk Across Sri Lanka…

Looking for more travel inspiration? Check out a few of our other articles

From climbing volcanos in South America to getting lost in the Australian wilderness, Jon loves a bit of adventure! He is currently on a worldwide mission to find the 'best beer ever' and has an unhealthy obsession with Cornettos.