Guyana At a Glance

Guyana is the country that few have heard of, but is soon to be top of everybody ‘must visit’ list. An undiscovered gem situated between Venezuela, Suriname and Brazil. Although it is on the mainland of northern South America, it is considered part of the Caribbean region due to historical tie and culture. The feel is very much Caribbean too; good vibes and smiling faces.

Guyana is nestled between the vast Amazon jungle, huge mountains, and the Atlantic Ocean. The flat areas between those spaces are made up of great savannah plains. After spending some time in the country, it is safe to say that there is sheer beauty around every corner.

Rugged wilderness and nature at its finest. If you’re into poolside cocktails, being pampered and high-end shopping sprees – then it’s not for you. And that’s exactly the point. Guyana is an adventurer’s paradise. It’s for the people who are still out there looking for their own ‘the beach’.

Electricity Socket: In Guyana the power plugs and sockets are of type A, B, D and G. The standard voltage is 240 V and the standard frequency is 60 Hz. To avoid the hassle of having to buy new adapters for everywhere you go, we recommend picking up a Universal Travel Adaptor before you leave.

Visa: Most major passports do not require a prior visa and can be granted 30 days on arrival, which can be extending at the Ministry of Home Affairs. Always best to check for current updates!

Safety: If you were to have a general search online you would find many warnings of high crime rates, particularly around Georgetown. I would exercise caution, as you would in any new country. Speaking of my personal experience, I felt safe at all time, I met many friendly strangers, had conversations with homeless people and felt welcomed wandering the streets, even in the early hours searching out the next beer.

This is only my own personal experience so always exercise caution and stay safe, kids. Based on our years of experience of traveling all over the world, we would never leave home without travel insurance.

We recommend either World Nomads or Safety Wing. World Nomads has some of the best adventure activity coverage while Safety Wing is great for digital nomads due to their monthly plans.

Climate-wise, it’s hot all the time because of its close proximity to the equator. Therefore travelers can experience a tropical climate between averaging 24 – 38 Celsius, cooling down overnight. The majority of rain comes between May – July and slightly later if you’re in the interior part of the country.

Generally speaking, the cost of living in Guyana is lower in comparison to places such as US, UK and Canada, but you won’t be living like a king. The prices are still relative to typical South American countries. A low-end meal would set you back about $5 US, throw in a beer for $1.5.

Accommodation wise, there is obviously a fluctuation depending on what part of the country you visit, so the prices below are a rough guide for Georgetown. For transportation, as mentioned already, Guyana is amongst jungle and mountains. To get into the country you will want to fly and to move around domestically, you are also best off flying as the distances between places are quite large.

Food (Typical Meal For One)

Outside of Georgetown, roads are fairly basic and it will add a lot of travel time on your journey. The plus side of this? The domestic flights are truly stunning and it is an experience within itself.

The best part about traveling to Guyana is…their first language is ENGLISH! This is great news as it really makes relating to the locals a lot easier compared to other South American countries. There are some local differences though!

When two Guyanese speak with one another it can sometimes be hard to pick up, as they will use their own slang and often let their accents run free- adding some of that Carribean flavor to it. However, everyone knows what you are saying… so remember that.

What to Pack for Traveling Guyana

When it comes to packing for a trip to Guyana, less is more. If you have been picking up what I’ve been dropping down, you should be heading to Guyana for a real adventure. Throw in some sturdy hiking shoes with your flip-flops, a few high-quality breathable clothes and you’re good to go.

Packing light means less to carry. It’s hot all the time so easy enough to wash your own clothes in the evening and they’ll be dry in the morning. When I went, I only packed a hand carry and nothing else. I arrived with nothing but the clothes on my back and my camera. I got some cheap shirts and shorts and had no issues. I wouldn’t recommend doing that, but the point stands. You don’t need anything fancy.

Listed below are a few of our recommended gear articles to check out: 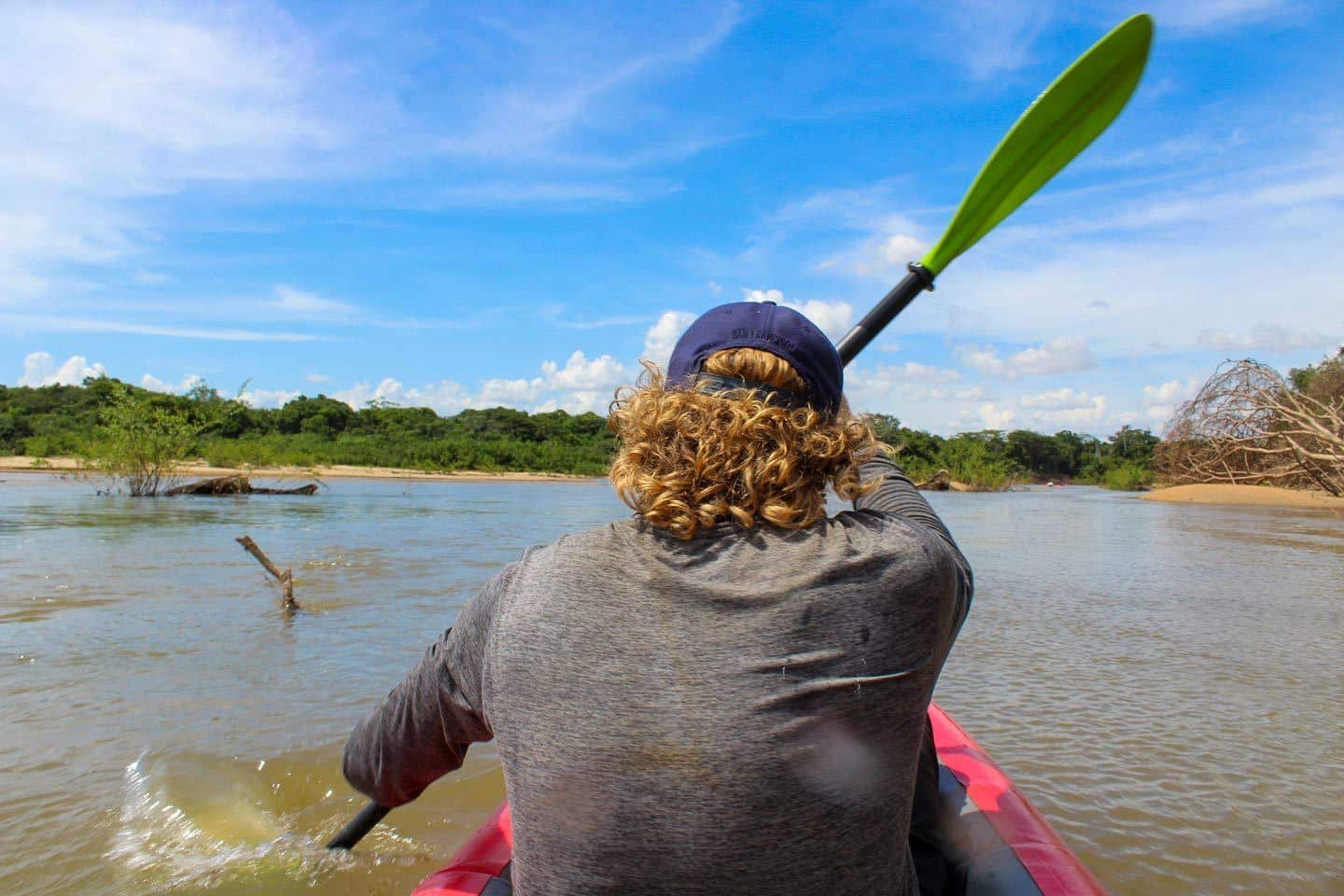 Things to Do in Guyana

Simply put, Guyana is a place for adventurers. It is teeming with rugged adventures that is real, raw, and untouched. While visiting Guyana, I recommend doing something epic.

Kaieteur Falls is one of the most powerful waterfalls in the world and is a must see while in the country. To really grasp its entirety, take an aerial flight to see the falls from above. I also recommend living it out as a cowboy, experiencing what it feels like to work in a working ranch where you can ride horses, lasso bulls, and get into saloon brawls (the last one might not be true.)

One of my best experiences during our trip there was when we explored the Guyanese Savannah using ATVs and 4×4 trucks! It was an incredible adventure tour and was truly a highlight of our trip.

Apart from that, the Amazon forest covers large sections of the country so finding an eco-lodge to do wildlife tours is a great idea. To read our full list of things to do in Guyana, check out our complete article. 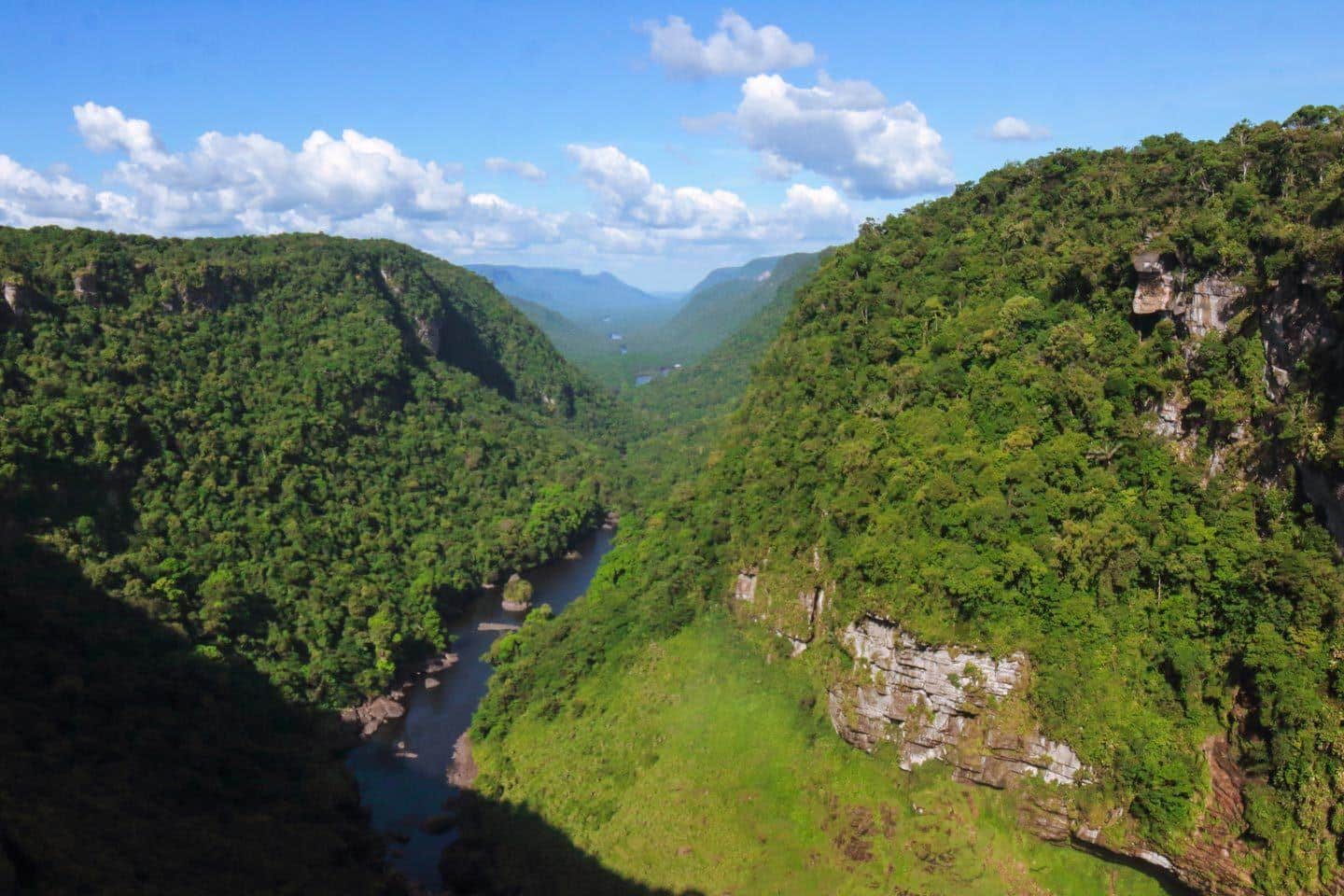 What to Eat in Guyana

Guyanese culture is an intertwining of Caribbean, Indian, South American and Chinese. In actual fact, it is a bit of everything and the food backs that up. Chickpeas are a popular snack and often eaten for breakfast, as well as curry, chow mein, and BBQ meat sticks! Fresh fruits are in abundance, I really enjoyed every meal put in front of me during my stay. A few examples of dishes are:

Metegee: This dish is usually made up of a ground crop (cassava or potatoes) and some sort of meat. It is a one-pot dish and is usually finished with coconut milk to thicken up the sauce. It is known as a Guyanese Creole and is super popular amongst the locals.

Pepper Pot: This is Guyana’s National Dish and is usually served during Christmas time. It is a thick rich stew made with cassareep and some sort of meat. Although it is usually eaten during the holidays, some people cook it all year round. 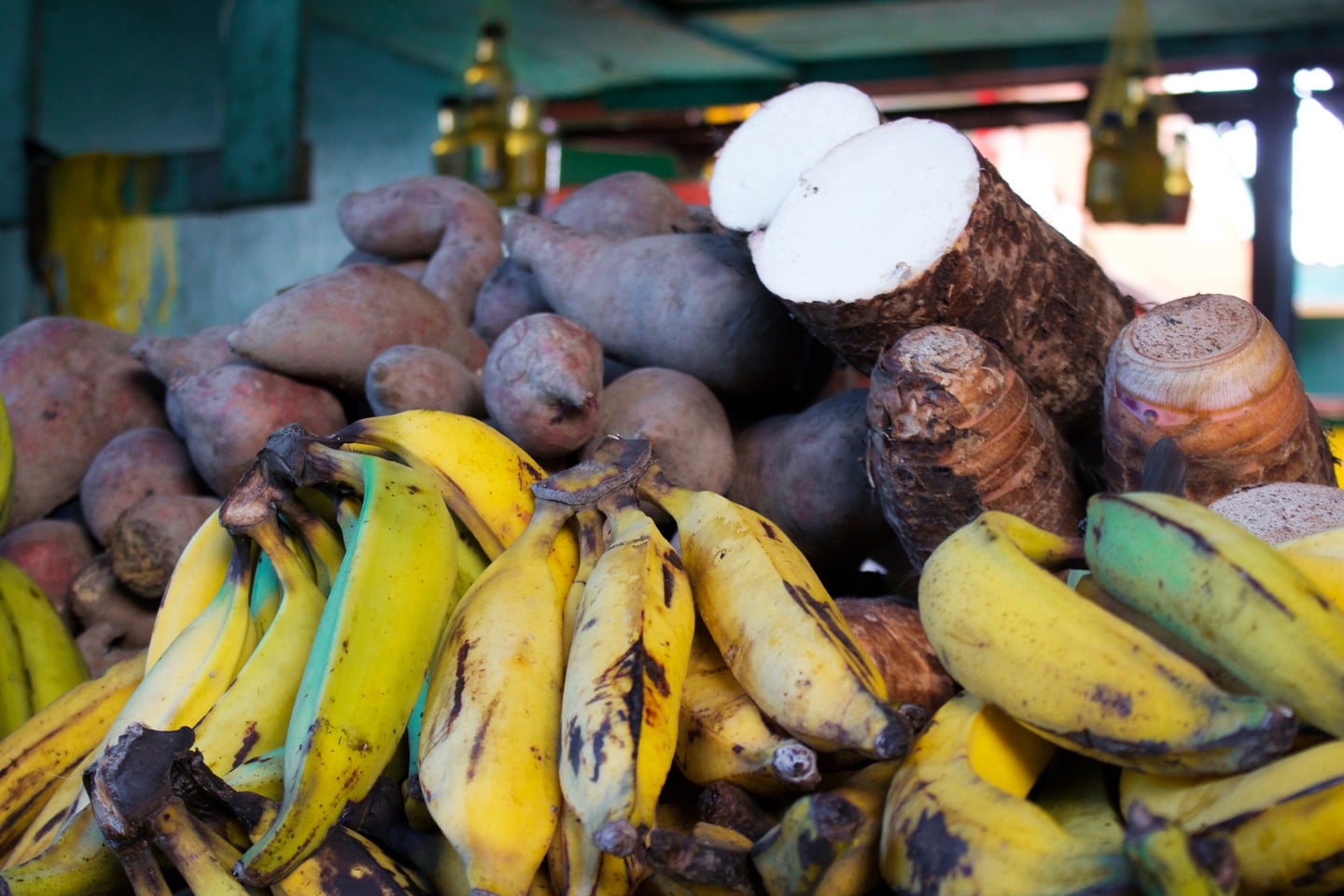 Places to Stay in Guyana

Whilst in Georgetown, Duke Lodge, and Kings Hotel are two great spots. Fantastic locations for getting around the city, both serve food, have a bar and a pool.

When you leave the city you’ll want to check out an ecolodge for some prime Amazonian animal viewing. Surama Eco-lodge comes highly recommended and provides tours of the surrounding area.

f you want a real adventure, try Saddle Mountain Ranch, South Rupununi. But good luck getting yourself there!  While in Guyana, it is best to book your accommodations in advance. We recommend checking sites like Booking.com, Agoda, or Hostel World.

Note: This article was written in partnership with Guyana Undiscovered, however, as usual, all words and opinions are ours. 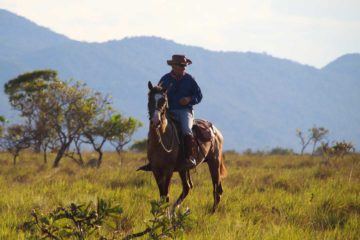 Guyana Culture: Becoming a Cowboy on a Guyanese Ranch

Chris WhittakerDecember 5, 2018
Alright, let’s face it. You know it. I know it. Everybody knows it. We all, at one point or another, have fantasied about being a cowboy....
Guyana 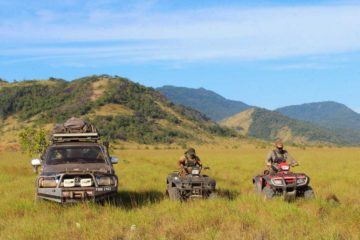 Chris WhittakerDecember 4, 2018
One of my favorite things to do when visiting a new country is to rent a car, motorbike or scooter. Moving overland with a motorized vehicle...
Guyana 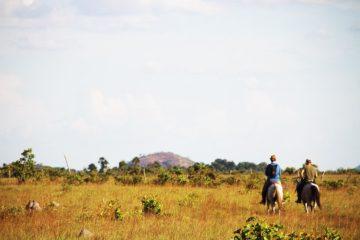 Things to do in Guyana that You Can’t Miss

Chris WhittakerNovember 30, 2018
Guyana is fairly new on peoples’ destination radar, which means it can be a little trickier to plan a trip. But don’t worry, after exploring...
Guyana
[FREE E-BOOK]
[FREE E-BOOK]