Spain Bucket List: Ultimate Guide on the Best Things to Do

The day I decided to quit my job to go traveling for a year, the first thing I did was book a one-way ticket to Spain. There is just something about the country that makes it so alluring. The culture, the food (oh my god, the food!), and the incredibly diverse landscapes. A rich past, out of this world architecture, and rugged landscapes, it is truly a country that has it all. To help you make the most of your trip to Spain, here are a few bucket list items full of epic adventures in this incredible country.

Naturally, when someone says Spain, the works of Gaudi, Dali, Picasso, and other legendary artists come to mind. One of the best features of exploring Spain is being able to bear witness to the fantastic works of art littered all over their major cities. All over Spain, there is no shortage of incredible museums that are worth visiting like the Guggenheim Museum in Bilbao or the Museo Nacional Centro de Arte Reina Sofía in Madrid where you can see Picasso’s famous Guernica. Listed below are a few of my favorites:

One of my favorite things to do while in Spain (or in any part of the world for that matter) is to eat the local fare. When I used to travel by myself, I had to exercise a certain amount of restraint as I could never justify ordering everything that I wanted from the menu. The answer to my prayers? Tapas. These small plates of goodness allow me to sample multiple dishes all throughout the day. With multiple stories of origin, you have tales of a king who fell ill and could only consume small meals throughout the day or a King who declared that every drink had to be served with food to avoid drunken brawls from sailors. Either way, it has caught on everywhere in Spain and in different parts of the world. While in Spain, a tapas bar crawl is a must as you sample some mouthwatering dishes like pulpo, patatas bravas, jamon, and chorizo. In traditional tapas bars in Madrid and Granada, every drink order still gets you a small plate of food which was great for budget travelers like me. I can’t even count the times I justified having wine for breakfast “because I needed to eat”.

Fun Fact: As soon as you head to the Basque region, tapas is no longer called tapas. Instead, you will get to experience eating Pintxos which is essentially the same thing. There is a beautiful coastal town called San Sebastian which is home to an obscene amount of delicious Pintxo bar that are to die for.

Read: What to do in Andalusia | Where to Stay in Madrid 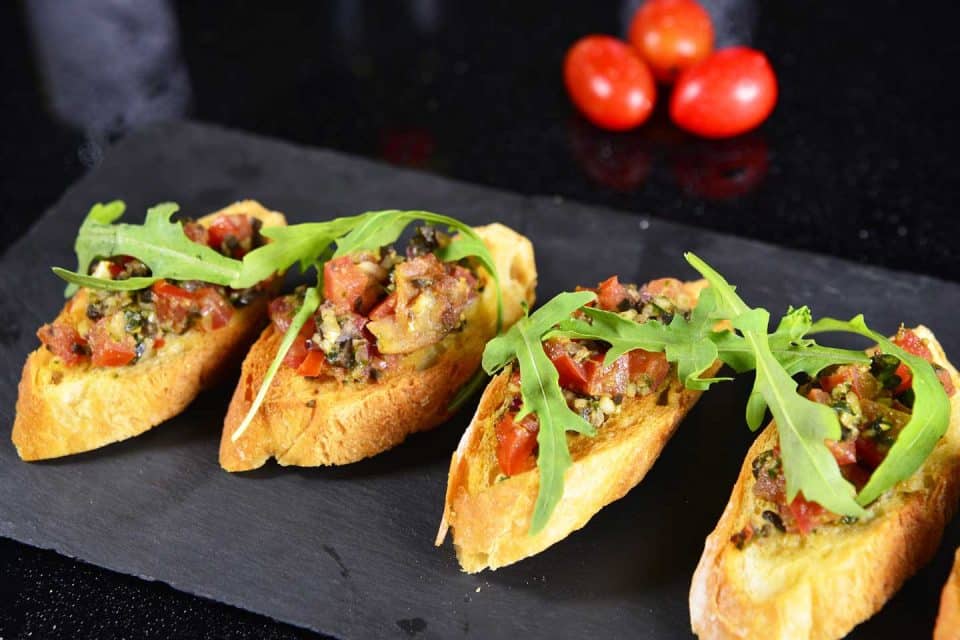 While some head to Spain to eat and enjoy (me), some head there on long pilgrimages following the path to spiritual growth. The popular Camino de Santiago trail is a route navigated by travelers and locals alike until they reach the Santiago de Compostela Church. While a lot of people opt to walk this trail, biking this trail is becoming more and more popular. While the entire route takes almost two months, you can do parts of it allowing you to take part in this amazing historical pilgrimage set amidst beautiful countryside scenery.

While it is easy to get lost in the cities of Spain, some people make the mistake of forgetting about its rugged outdoor adventures. While the Sierra Nevada mountain range is known for winter sports (after all, the name Sierra Nevada itself translates to snowy mountain range), activities such as trekking and canyoning are slowly growing popularity. Due to the high demand from adventurers all over the world, you have companies like Rug & Rock who run adventure expeditions taking you through the best of this Andalucian mountain range on a five-day trip where you trek, traverse through clear waterfalls and explore coastal cities. Apart from running tours in the Sierra Nevada they also offer cultural trips to Morocco as well as canyoning, kayaking all around the Andalusian coast and rock climbing all over Spain.

Read: Adventure Holidays in Spain You Have to Experience

Editor’s Note: Heading to Spain? Check out our complete guide on where to stay in Spain to see our top recommendations for accommodations.

In a city that doesn’t start having dinner until 10-11pm, expect to roam the streets until the wee hours of dawn as you taste a little bit of the ever so vibrant Spanish nightlife. After a long 4 hour meal with overflowing sangrias, you might find yourself in going from a flamenco performance, an underground jazz bar, to a cheesy discotheque bopping to ridiculously cheesy music. Of course, you have to end your night (or start your morning) with a plate full of churros con chocolate. #ilovethiscountry

Spain is full of many architectural wonders that are considered must see places while in the country. From the intricately designed churches to the ancient structures like the huge aqueducts in Segovia or the Egyptian temple right in the middle of Madrid. I remember spending hours wandering from one church to the next, marveling at the incredible attention to detail each one had. From Gaudi’s world famous Sagrada Familia to the Gothic-inspired cathedral in Toledo. Apart from those, The Mosque-Cathedral of Córdoba and the Alhambra in Granada are a few that also top my Spanish bucket list. Listed below are a few of the architectural musts:

Resources: Where to Stay in Barcelona

Visit the Weird and the Wacky

While Spain is full of classical contemporary art and museums, it also has some pretty weird ones that are worth visiting. I know this isn’t exactly bucket list material but for all you alternative travel lovers, this one is for you. From a witches museum (Museo de las Brujas) to a chocolate sculpture in Barcelona, Spain is full of hidden gems if you’re looking for something different to do. If you think Gaudi’s Park Guell isn’t weird enough, you can also check out El Parque de los Desvelados which is a park decorated with huge skull sculptures. Trust me, there are a lot of weird but cool things to do in Spain! You can check out this list by Atlas Obscura if you to check them out.

Every year, in the small town of Buñol, the entire town has one big tomato throwing party. What started as a political protest by two men in 1945, La Tomatina has since turned to be an annual festival attracting participants from all over the world. After the fight commences, the entire town is hosed down and everything returns back to normal. Due to the popularity of the event, rules such as tomatoes must be squashed prior to throwing to avoid injuries have been imposed by the city council. In 2013, the city began selling tickets to this event as a way to regulate and help manage crowds. Trust us when we say that this festival attended by almost 20,000 people is a must on every person’s bucket list. 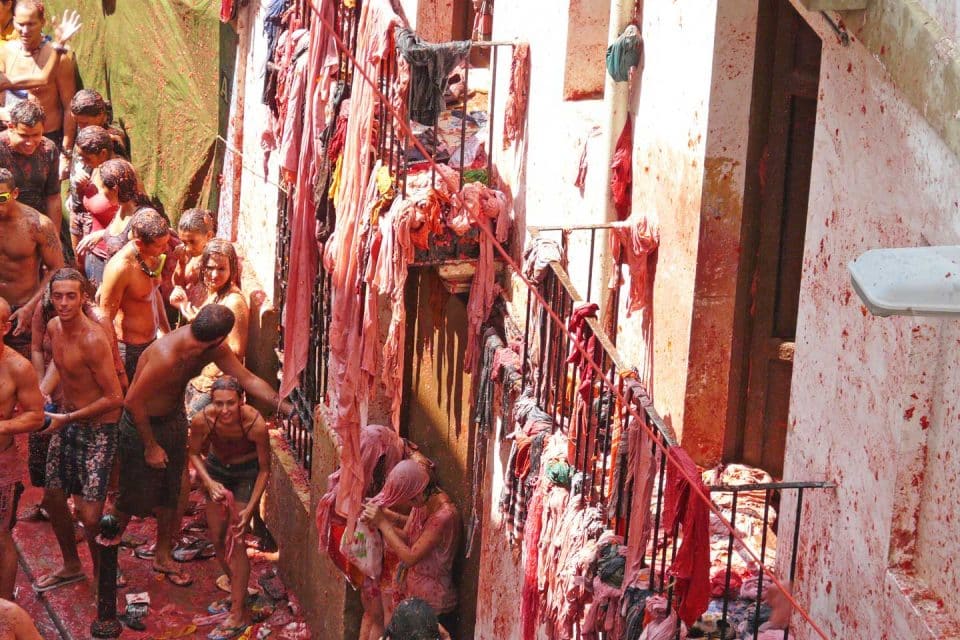 Although I am not a football fan and I will probably get crucified for saying that out loud but when in Spain, you have to experience watching either a Real Madrid or a Barcelona match. The atmosphere, the yelling, the cheering, and the electrifying energy is contagious. Consider it a jackpot when you witness a match between the two teams as there is nothing more amusing than some healthy local rivalry.

For a dose of modernism, head to the town of Valencia, loosely dubbed as the city of arts and sciences. The entire complex looks like an alien spaceship and is home to a planetarium, aquarium, an opera house, IMAX cinema, and interactive museums. The entire place is pretty unreal compared to the old cobblestoned streets and towns that Spain is known for. 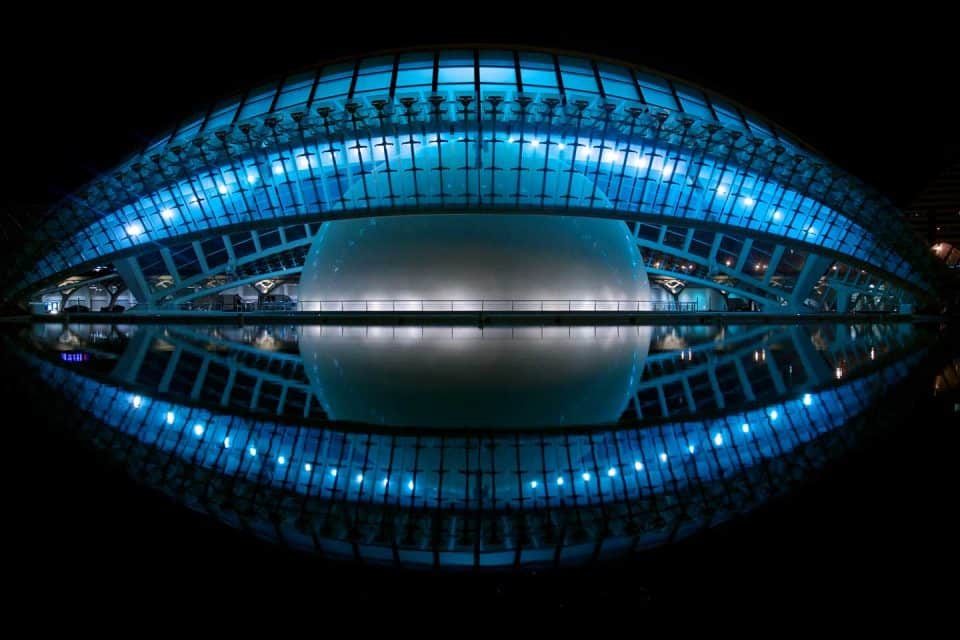 Trek Up the Picos de Europa

Last but not least, after you’ve eaten your body weight in tapas and sangria, head to the Picos de Europa mountain range where you can marvel at the jagged sprawling mountain peaks. The best thing about it is that you don’t have to be an avid climber to reach the top as you can take the Fuente Dé cable car up and just hike up the final section. While the entire area is dead during Winter, it starts coming to life in August.

While there are heaps more to see and do, the best thing to do in Spain is to take in every inch of it that you can. The sights, the sound, the culture (yes, that includes taking mid-day siestas!) and everything else in between. Now excuse me…I have to book a flight to Spain ASAP.

Looking for more articles on Europe? Check out a few of our top reads 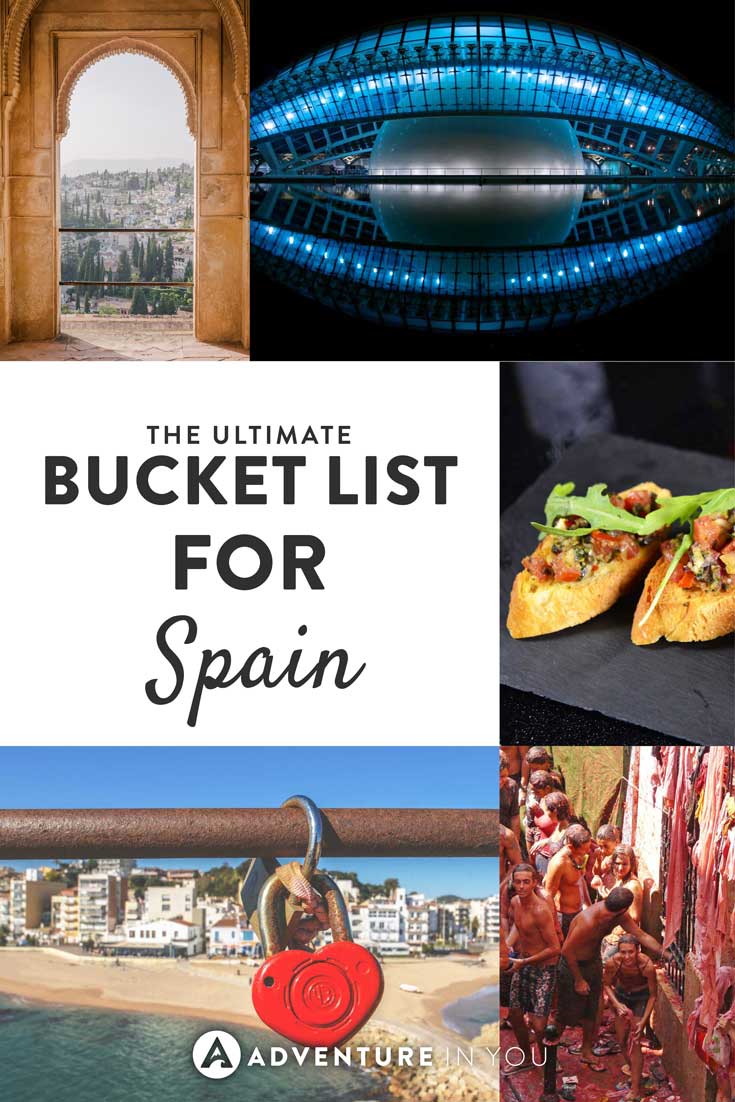