My 3AM Encounter with the Hungarian Police

So as some of you know, the entire time we were in Budapest, I was ill. I’m talking high fever and intense cough and colds. I spent most of my time sleeping, squeezing in the occasional sightseeing whenever I could. On our first day there, we luckily had a private room in the hostel where we were staying.

Thank God for that as I spent most of my time in bed sleeping and feeling slightly sorry for myself. I wanted to explore Budapest….but my body had different thoughts on that. I am lucky to have Tom who went back out in the freezing cold to hunt for noodle soup and some vitamin C for me. The next day, we moved into a 6 bed dorm. Now if you speak to any traveler, being sick and staying in a dorm room is the worst thing EVER. When your nose is running and you’re coughing incessantly, answering cordial questions like “where are you from?”, “how long have you been traveling?” , and God forbid, “where are you off to next” is the last thing you want to do. But, as budget backpackers, we have to suck it up.

Read: Why Traveling isn’t For Everyone 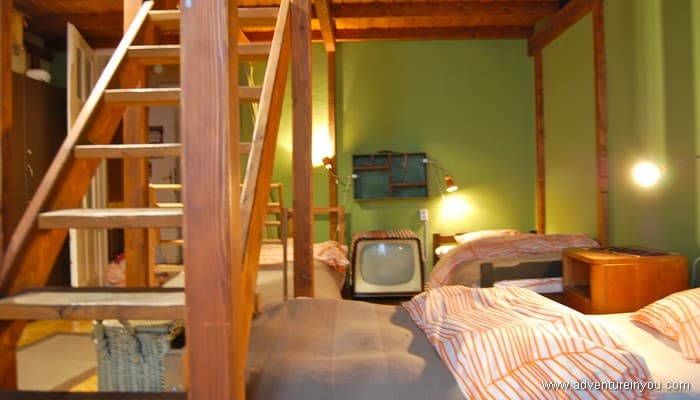 We were lucky enough to be in a cool little hostel which had a loft. The loft had three beds and there were about 3 more below us. This wasn’t too much of a problem as since we were given the loft beds, we sort of had our own privacy. Yaaay, I could cough and sneeze all I want! On our second day, after a slightly lazy morning in, I managed to haul myself out of bed to go visit the House of Terror. A museum which showcased the headquarters of the Hungarian Nazis which later on became the communist headquarters. 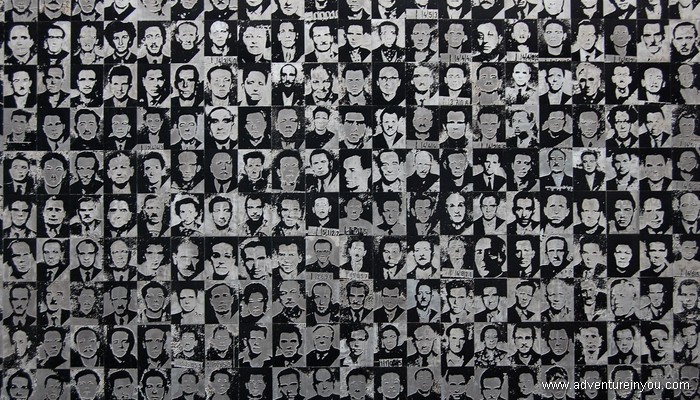 Uplifting, I know. After that, we had planned to go on a free walking tour which I was really excited to do (dork alert!) However, I felt completely exhausted after an hour of wandering inside this museum and I literally had no energy left to walk another 3 hours in the cold. I sadly headed back to my bed while Tom went on the tour.Fast forward to the end of the day where Tom cuts his tour short just to pick me up so we could pay a visit to the Szechenyi Baths and Christmas Markets. Sweet, I know!!!

Related: Falling in Love While Traveling

The Encounter with Hungarian Police

After having a wander around in the afternoon, we headed back to the hostel at around 9 in the evening. I was happy I got to see some parts of Budapest but was rather exhausted. I headed up to my bed and tucked myself in while Tom got some work done. Now I can’t tell you what exactly happened as everything was rather blurry. I just remember waking up around 4am to loud noises. People were talking loudly and there was a commotion going on below us. Since we were up in the loft, I slowly stirred in my sleep, rather irritated by the noise. I took off my earplugs (yes, I heard it through my earplugs!) and did a loud “Ssssssssssssshhhhhhh!” I also heard the girl who was sleeping in one of the beds below tell them off. At this point, I was fully awake. I took my earplugs out and sat up.

I tried listening to what was going on but I couldn’t understand them as they were speaking in Hungarian. I could hear three voices, two guys speaking with one guy speaking loudly on his phone. I could hear the girl occasionally throw in the “Would you please shut the F up” to no avail. Naturally, I had no idea what was going on, but at this point, the medicated, highly irritable sick me decided to go down from our loft to bite their heads off. As soon as I got down our loft, I saw one of our dorm room mates sat down on the couch plus two other guys pacing around the room.  I looked at the one on the phone and started chewing his head off. I can’t remember exactly what I said but it wasn’t pleasant and it was somewhere in the lines of, have some respect and leave the room if you’re on the phone. I admit, there might have been more upset vulgar words involved but I won’t really say them here. (hi mom and dad!)

Mind you, I might have forgotten to disclose the fact that these two guys were triple my size. Think: Hungarian Vin Diesel. He looked at me, gave me the hand to your face and said, “this is official Hungarian Police business.” (Best read with a deep Hungarian accent)

Police business? He surely couldn’t be a cop-he wasn’t in uniform. In my mind, I thought he was just a new dorm mate who was being completely arrogant. Defiant little me said, “I don’t care if that is official police business, get out of this room-people are trying to sleep.” At this point I was shaking my hands wildly pointing to the door. Again, use your imagination with the profanity and tone of my voice. Luckily the girl from the bed chimed in yet again so I knew I wasn’t alone. Since they made no effort to move and they completely ignored me, I made my way to reception to complain.

I immediately started with, “it’s 4am, I’m not feeling well and there are three idiots in our room, disturbing us. Would you please tell them to leave the now!” The receptionist then told me in his broken English that our dorm room mate, who I spoke to earlier was being arrested. The two Vin Diesels who I just screamed at were actually undercover cops and were there to collect his belongings and take him to jail. I rubbed my eyes, and did a double take. “I’m sorry, what?” I heard him but I just couldn’t believe it. What the hell was going on?? 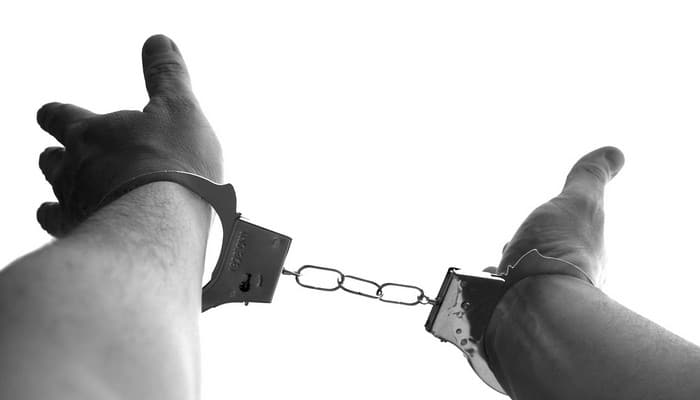 I made my way back into the room, passing the two guys who were now rummaging through the guys bags and lockers. I gave them a sheepish look, and was immediately sorry for my 4am outburst. I debated whether to give them a thumbs up or a high five, but I decided to just head back quietly to my bed. Apparently, they have been following this guy for a couple of weeks now because he was wanted for theft. He checks in hostels, and takes whatever valuable items he can find then leaves in the middle of the night. Now, I have a problem with this, because if he’s clever enough, he should know that people who stay in hostels…have no valuable stuff! Hah kidding! I reached my bed and immediately started going through our stuff to check if anything was missing. I then woke up Tom, who bless him, was still sleeping soundly. He couldn’t believe the events that transpired and found it hilarious when I recounted my run in with the cops.

Read: What Kind of Traveler are You?

The night ends with the cops taking away the Danish guy (or at least he claims he was from Denmark) along with all his belongings and a bunch of keys from the different hostels. From what I could make out from the hostel staff, this guy checks into a hostel, duplicates locker keys then checks in again a couple of days/weeks later.

So what did I learn that night? Always lock up your valuable belongings, use your own padlock if possible, and do not, I repeat, do not shout at the police at 4 in the morning.