As if that wasn’t enough to make us want to pack a bag, board a flight, and never ever return, France’s southwest tempts us even further with its long, winding coastline that receives perfect swells and barreling waves throughout the entire year.

The Riviera is so last year.

France’s decadent southeast coast has long drawn the bulk of the south-bound tourists.

The bright lights and crystal waters of Monaco coupled with the A-list culture of Cannes has kept visitors coming through year after year. But those looking for some real adventure tend to shy away from the starstruck streets of Saint-Tropez in favour of France’s western waters. 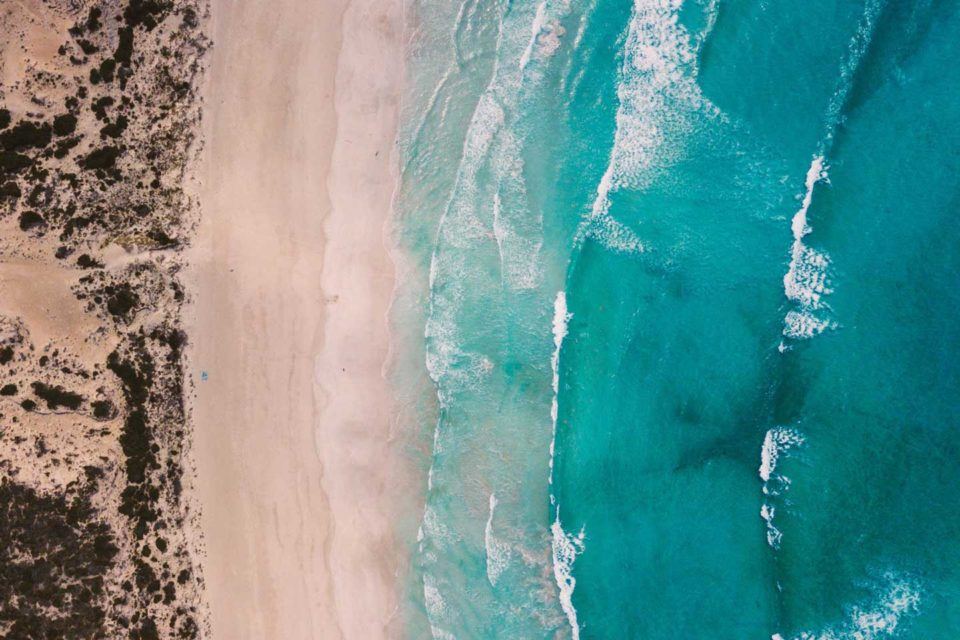 This is France’s big sky country; a patchwork of rolling vineyards, sun-drenched cities, and surf-washed shores.

Even a short drive through the countryside is enough to make you feel like someone turned the saturation levels way up on the entire landscape. The blazing yellows of the rapeseed fields, the dappled greens of the grape vines, and nothing around for miles but the sweet smell of lavender.

It can quickly start to feel like the sort of place you’d be happy enough to “accidentally” lose your passport in. Trust me, traveling this region is one of my best travel tips for France.

The Piece de Resistance is at the Beach

Thanks to its Atlantic exposure, France’s stunning southwest coast gets big swells rolling in straight off the ocean.

The Bay of Biscay delivers the swell right into the coastline, creating row upon row of perfect corduroy lines on the water. The entire region is filled with world class beach breaks, which has earned it a reputation among international surf circuits as one of the best surf spots in Europe.

Each season brings its own unique conditions. The winter months can be unforgivingly cold, with waves easily in excess of 6 meters on certain breaks. In contrast, the summer months bring balmy temperatures in the air and water while still serving up incredible water conditions day after day.

Finding Your Own Patch of Paradise

While June through August sees big crowds and busy lineups, there are tons of hideaways waiting to be discovered if you’re prepared to wander off the well-trodden surf trail. The entire southwest shoreline is littered with surfable breaks, with a wave for every level of rider.

Just remember: the local surfers are proud and protective of their home spots- especially if they’re still “secret”. They want to see the beauty of their place preserved. Always respect the local riders- on the water and off- and treat the beach like you’d treat your own home.

Now, let’s get down to business. 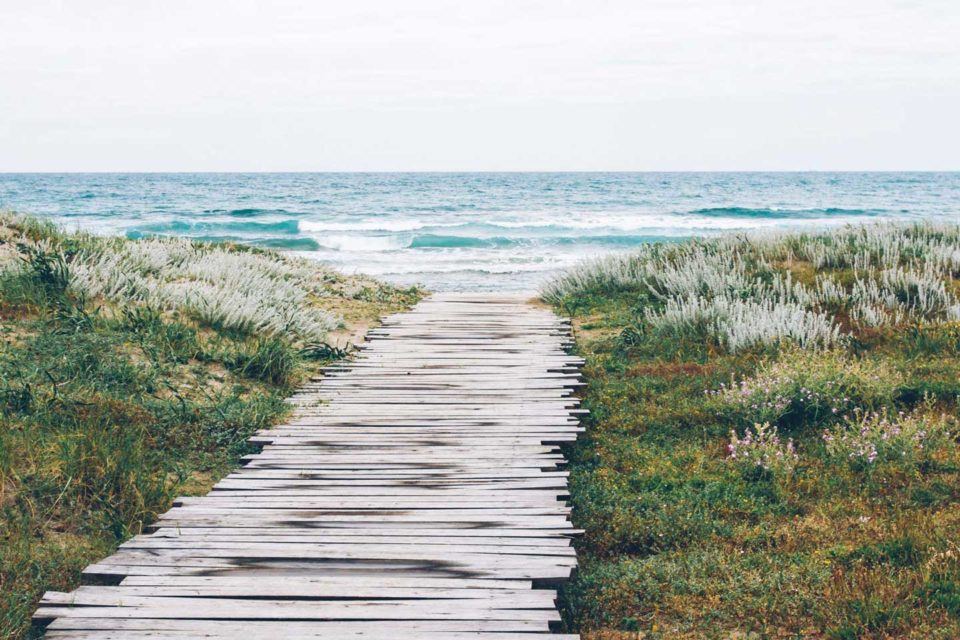 Surfing France: 5 of the Best Surf Spots on the Southwest Coast

The traveling surf tribes often skip over Lacanau in favour of its southern neighbours, despite the fact that the Bay of Biscay delivers beautiful conditions here all year round.

There’s a handful of surfable waves dotted along the coast outside of town, but inside there’s a big stretch of beach surrounded by sandbars and jetties. If you’re after some clean little barrels (minus the crowds) this is the place to head for. 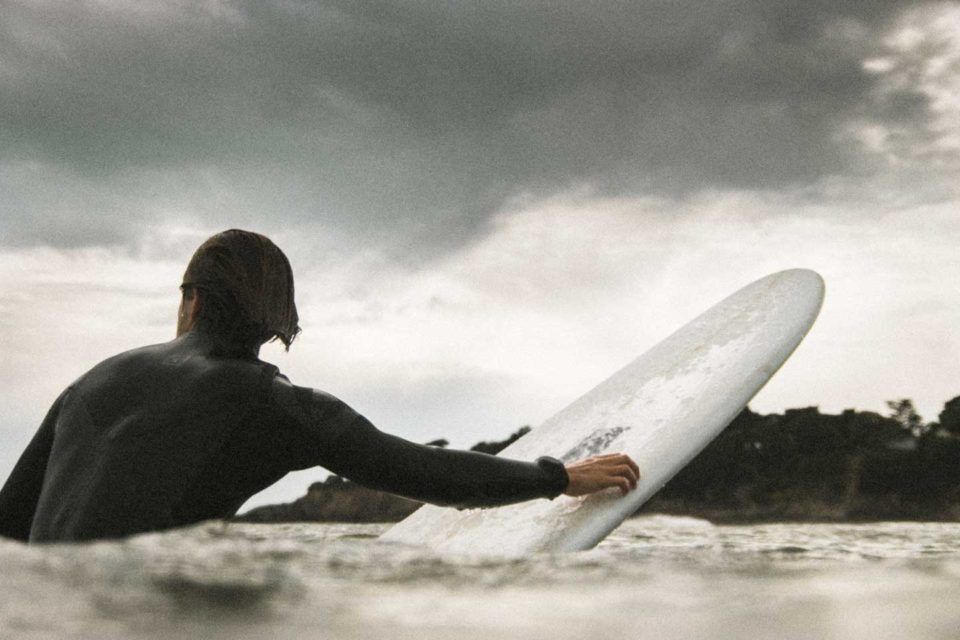 A small town nestled into the coast an hour and a half from Bordeaux, Mimizan is known for its expansive sandy shoreline and gorgeous seaside walkways.

The local wave riders have filled the place up with colourful surf lodges and organic eateries, turning Mimizan Bourg into a vibrant hodgepodge of traditional Côte d’Argent culture and modern surf style.

The beach serves up a mix of conditions, with plenty of gentle rolling waves that are perfect for beginners who are working on building their confidence. For the more advanced riders, the nearby river mouth has consistent surf year round, with extra big swells showing up when the wind blows from the west.

There’s plenty of surf schools here that deal with lessons and rentals, but even with all the local surfers on the water it rarely gets over-crowded.

One hour further down the coast from Mimizan, the forgiving conditions disappear. Hossegor is big wave territory, with 5-meter swells becoming the norm when the season turns on. Hossegor’s surf conditions are so outstanding, in fact, that the international surf legends at Quiksilver pick this spot as the location for their Pro Surf Competition each year.

Hossegor’s northern beaches have the biggest swells, which decrease in size the further south you go towards the sheltered bay. On top of that, the nearby towns of Seignosse and Capbreton are both within a 15-minute drive away. Each of which have their own collection of incredible breaks. 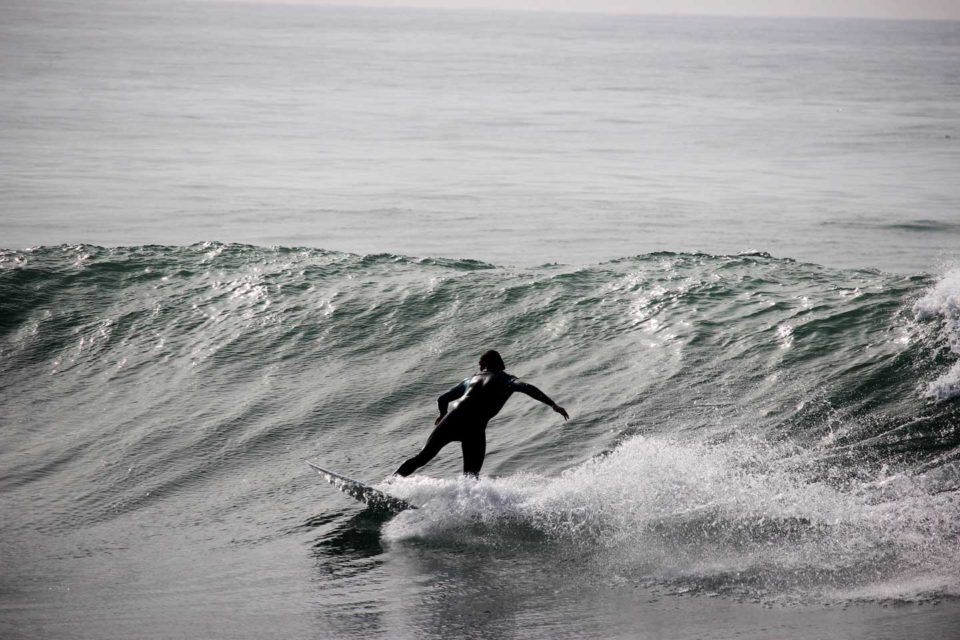 Hendaye is France’s most southerly surf spot. Though it sits just 20 kilometers south of Guethary- a place famed for its monster 6-meter swells- Hendaye’s gentle surf and soft rollers are ideal for beginners.

Characterised by its bustling harbour, vibrant open-air markets, and the soaring stone faces of its many cathedrals, Hendaye showcases the best of the Basque Country. The town sits right on the banks of the River Bidassoa, one of the last things you see before you leave France to cross the Spanish border.

Explore the town and ride the reef break, and when you’ve finished you only need to head south for half an hour before you hit San Sebastian, one of Spain’s coolest surf spots.

For extreme nomads who pick their next destination based on where they can practice the sports they love, Biarritz is an absolute paradise.

Not only is this little city brimming with cool culture, food, and wine, it’s also one of the few places in the world where you can scale the snow-capped mountains at breakfast and surf the beach breaks at lunch.

Grande Plage, the main beach in Biarritz, is the most popular beach in town. Its sheltered, crescent-shaped shores are ideal for both newbie surfers and intermediate riders- but watch out, the line up gets pretty crowded during the summer months. Mercifully, the shifting peaks at the Grand Plage mean it’s not hard to catch a wave, even when it’s busy.

If you’re keen to beat the crowds entirely, just hop in the car and head 10 minutes down the road to Anglet, a little area renowned for having more than 10 surfable spots in less than 5 kilometers. 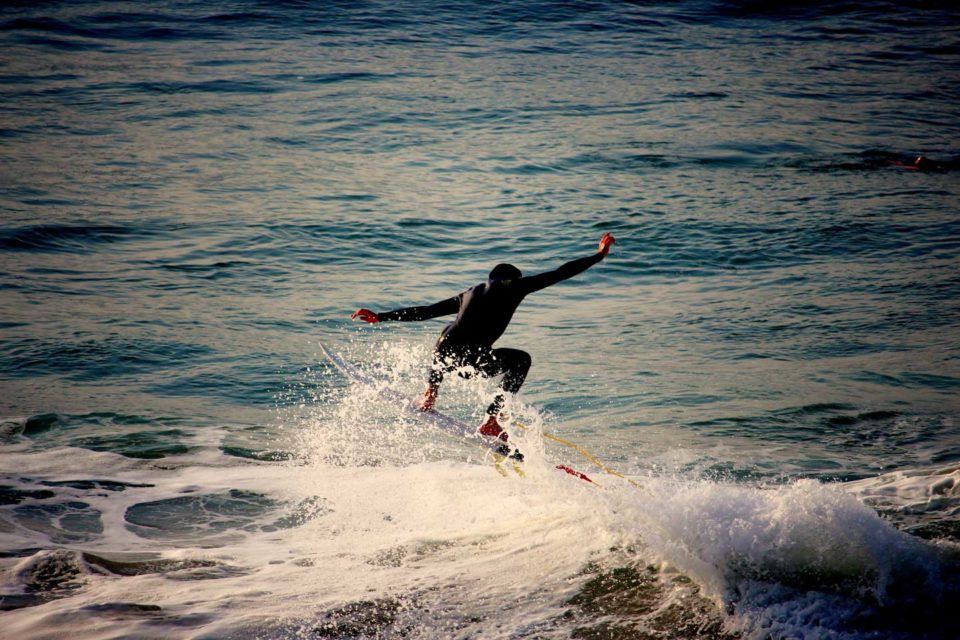 Getting to the Surf Spots in France:

The biggest international airport in the region is Bordeaux–Mérignac, which is well connected with the rest of Europe, North Africa, the Middle East, and North America. If you can manage to find the right flight, you can also fly straight to Biarritz. Alternatively, you can fly to Paris and take the fast train to Bordeaux in 3 hours, or Biarritz in 5.

From the airport, it’s best to rent a car- traveling with surfboards on public transport can be a bit of a pain. Find yourself a ride with a roof rack and you’re golden. Plus, if you have your own vehicle, you’ll have so many more opportunities to explore the harder-to-reach parts of the coastline and discover your own perfect spot.

Surfing in France’s Southwest is an incredible experience- no matter what your level is. With all the culture to soak up, wine to drink, tapas to eat, and waves to ride, you’ll probably never want to leave.

Looking for more articles on Europe? Take a look at a few of our best ones

After fumbling through a year of studying abroad in China, Grace had the crazy (and slightly questionable) idea to move there full-time. She then learned a whole pile of mad stuff, like how to kiteboard and speak Chinese (though not very well simultaneously). Since, she’s been beach-bumming around the world in search of the best places to drop her bags and ride.