Festivals and Celebrations You Need to Experience in Thailand

A big part of traveling is being able to immerse yourself in another culture. Whether you do it by observing their customs, understanding their way of life, or if you’re lucky, by being able to experience it yourself. It has always been my dream to travel around the world just to chase festivals. The La Tomatina Festival in Spain, Holi Hai Celebration in India, and even the crazy soul searching ones like Burning Man in the US. Out of my list though, there are two celebrations that you absolutely HAVE to experience while in Thailand. I would even go out on a limb by saying that you would be crazy not to plan your holiday around some of them. So without any more delay, here are a few festivals and celebrations which you need to experience in Thailand.

To those of you who haven’t heard of this festival, you are seriously missing out! Dubbed as one of THE top festivals to catch while traveling South East Asia, the annual Songkran water festival is definitely an experience you have to take part of when traveling Thailand. The Songkran festival symbolizes the Thai New Year and is traditionally celebrated for three days in April. The word Songkran originally comes from the Sanskrit language which means ‘to move into’. During the first day, there are is big waterfight, on the second, although the merrymaking and water fights continue, sand is taken to the wat to build pagodas which are decorated with long pennants. Local families also use this time to prepare the food for the celebration along with food to give to the monks.

RELATED: 10 Awesome Things to do in Chiang Mai, Thailand 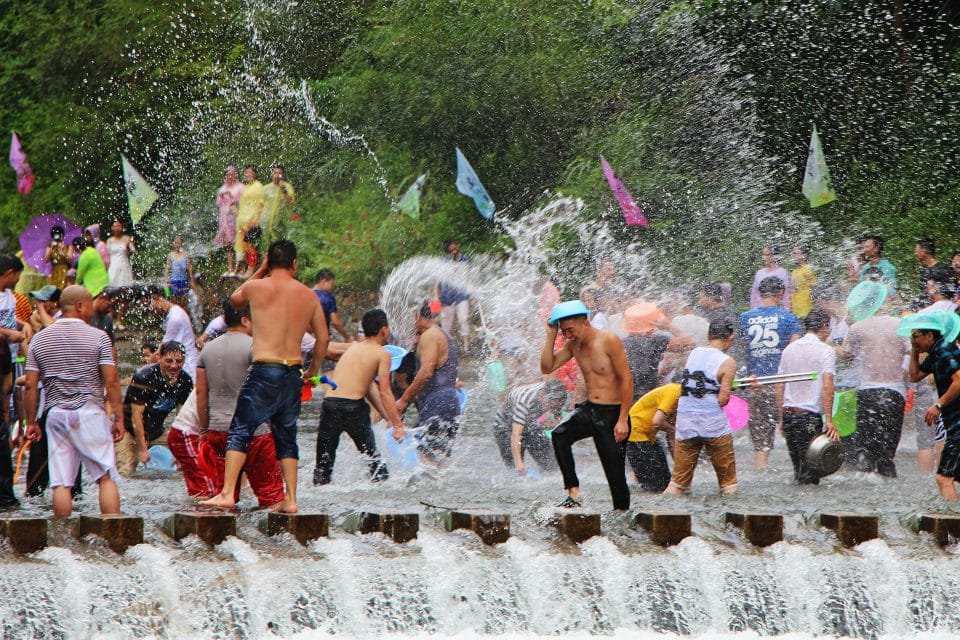 How is Songkran Celebrated:

Traditionally, Songkran is celebrated by people going to various temples (wats) where they pray and give food to the monks. They also clean Buddha images by pouring water over them. Symbolically, people wash away their sins and wrong doings and bless their friends with water. Nowadays, Songkran is one big water fight which is enjoyed by both locals and tourists alike. The city streets come to life as people spray each other with water pistols, drench each other with buckets and any other water device you can find. Apart from the water fights, some also throw ‘din sor pong‘ powder on each other making you a walking white powdery mess. Like most things in Thailand, tourism and commercialism has taken over as people capitalize on the big crowds of people that come to Thailand. Everywhere you look, you can find someone selling beer or booze buckets for the tourists who are looking to party.

READ: Backpacker’s Guide: What to Pack for Thailand

What to Bring for Songkran:

Although we 100% encourage our readers to head to Thailand to experience Songkran, be mindful that you do not disrespect any locals and that you watch your alcohol intake. We also recommend not taking any mode of public transportation during these days as there are many roadside accidents due to drunk driving. Buckets are thrown to people driving motorbikes, causing them to lose control. Just the last Songkran celebration this 2016 garnered 442 deaths, 3,656 injuries and 3,447 accidents. Be careful and party responsibly.

Where to Celebrate Songkran:

Busy cities like Bangkok, Chiang Mai, Pattaya and some of the Thai islands are prime spots to celebrate Songkran. Please plan accordingly as accommodations tend to get booked in advance during these peak seasons.

Check out this list of our hotel & hostel recommendations:

This popular festival in Thailand is known as one of the most beautiful festivals and celebrations in the country as you can watch thousands of people gather by rivers, lakes or canals as they pay homage to the goddess of the water. Loy translates to float while Krathong means small baskets. Celebrated usually in November, you will see thousands of krathongs with flickering candles floating down the river. 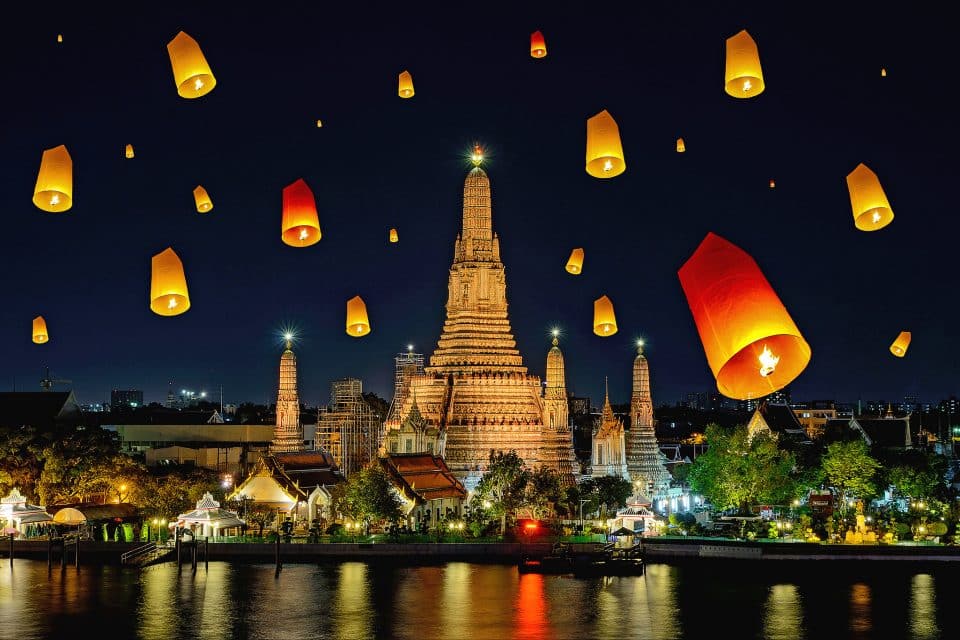 How Loy Krathong is Celebrated

As mentioned, during this festival, thousands of krathongs are made from banana tree trunks and leaves. Inside these ‘baskets’ are a candle, some incense and flowers.  The person who is releasing the krathong also usually get a strand of their hair or finger nail and put this inside before setting it afloat. Nowadays, people replace the base of the krathong with either styrofoam or bread baked in the shape of a krathong. Thai people believe that as they set the krathong free, they are also releasing their troubles and offering their prayers and wishing to the water goddess. In order to ensure good fortune, include something personal in your krathong and make a wish as you set it off.

Read: 15 Photos that will Make you Want to Go to Thailand

Usually this is celebrated during the 12th Lunar Year. This year, the celebrations will begin on November 14-16

What to Bring for Loy Krathong

Where to Celebrate Loy Krathong

Usually, Chiang Mai in Northern Thailand is the place to be during this festival. In addition to the beauty of the floating krathongs, they also release large paper lanterns which float up in the sky like hot air balloons. Families or loved ones usually release this up in the air all together as another symbol of good fortune and luck.

Although there are many more noteworthy celebrations in Thailand, these particular two stand out to me. So if you’re planning your dream trip to Thailand, do consider these dates and maybe you would be lucky enough to experience them for yourself.

Want to read more articles on Thailand? Check out our other guide below 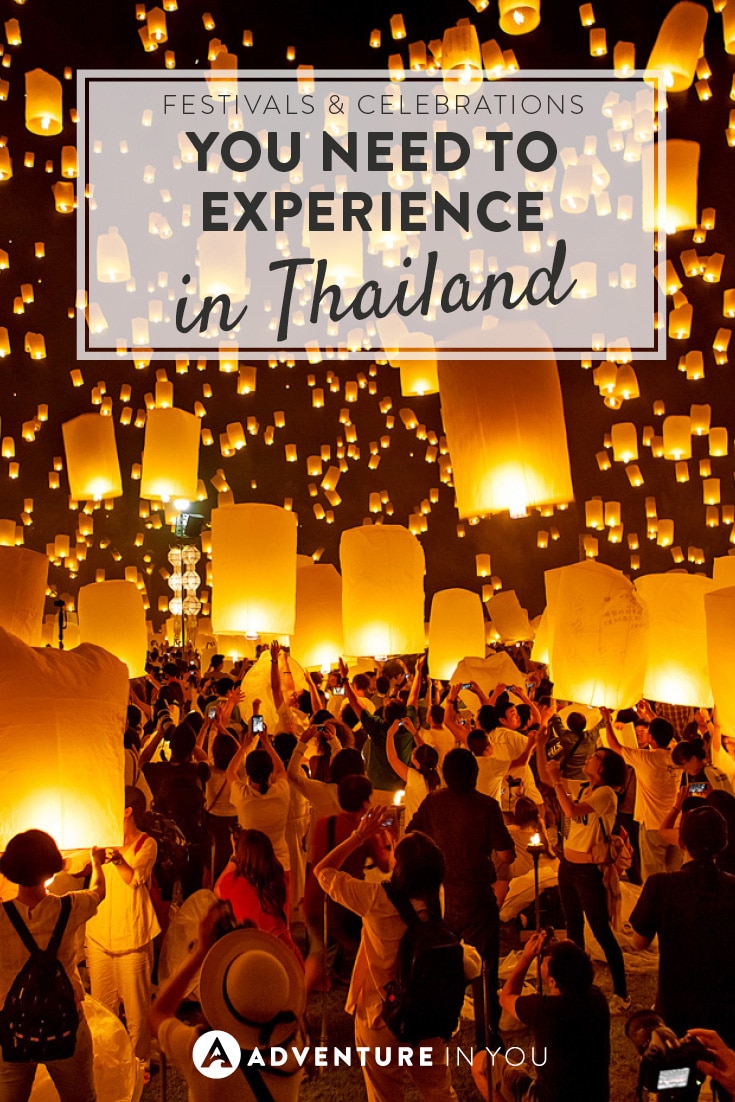