I’m sure all of you have experienced that feeling of looking at a photo and immediately wanting to go there. This was exactly what happened when Tom and I saw a photo of Gigantes Island. Not long after, we made plans to head to the island, no matter how obscure or far away it was. Two buses, 1 boat ride, and two trikes later, we landed in Paradise. As soon as we got there, we knew it was exactly the off the beaten track adventure that Tom and I were looking for.

For those of you that don’t know, Isla de Gigantes is a group of islands in Iloilo, off of the coast of Carles and Estancia, in the Philippines. Gigantes is made up of two large islands, Gigantes Norte and Gigantes Sur and is about 5 hours away from the main city of Iloilo.

As soon as we got there, we started looking for a place to stay and settled in this small tree house which had nothing more but a bed and a mosquito net. Nowadays, there are many other accommodation options compared to when we first went two years ago. After spending a couple of nights in a few hotels in Boracay, all we wanted to do chill out for a couple of days in as many secluded beaches as possible! We also wanted to go camping on of the islands as there is nothing better than waking up to the ocean right in front of you. With that in mind, we arranged an island hopping trip around the stunning Gigantes Islands. 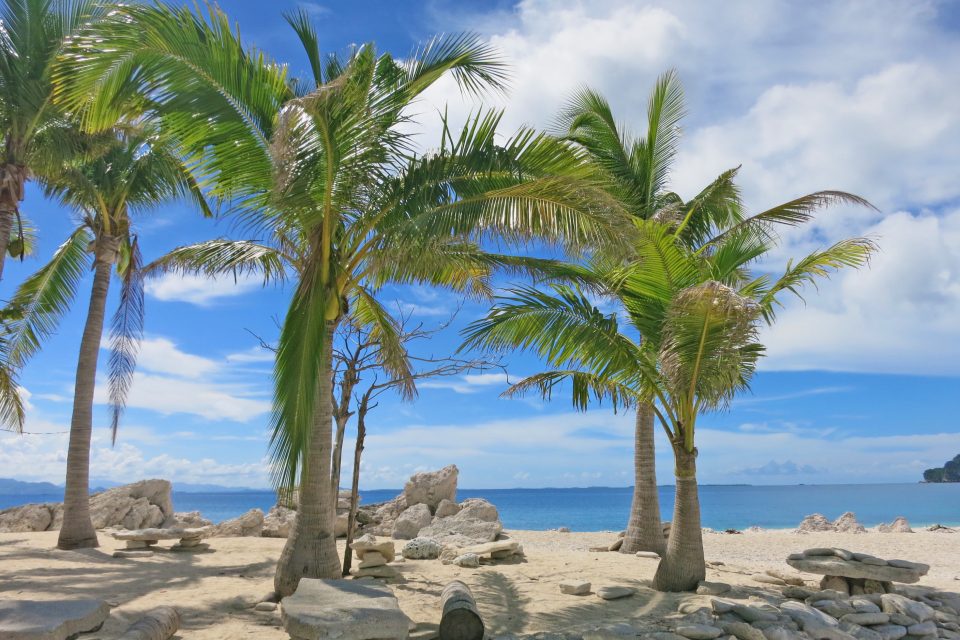 Our boat ride around the Gigantes Islands immediately brought us back to our time in Palawan. Sharp and jagged limestone cliffs with turquoise blue waters. It was the perfect place to unplug and unwind. The island hopping consisted of hopping from one island to the next. Here are some of the places that you can visit during your trip to Gigantes Islands:

Although the Gigantes Islands only has 10 main islands, there are many sandbars and smaller islands which you can visit. Most of the island hopping tours come with a guide, a boatman, and a seafood spread for lunch. During our time there, we had crabs, scallops, or squid for almost every meal. If you are not a fan of seafood, make sure that you make provisions for this (bring your own food or inform the boat crew ahead of time).

We would definitely advise splitting up these islands between two or three days so that you aren’t rushing around too much. There is also a light house in Gigantes Norte, which you can visit. It has pretty cool views of the islands and is worth going to. The people there were all lovely to us! Nowadays, they are making money from the recent influx of tourism but a lot of them still rely on fishing as their main source of income. Where we stayed in Gigantes Norte, you can see loads of people going through scallop shells, fishing, and going about their daily lives. Despite not having a lot, you could see happiness and a real sense of community. 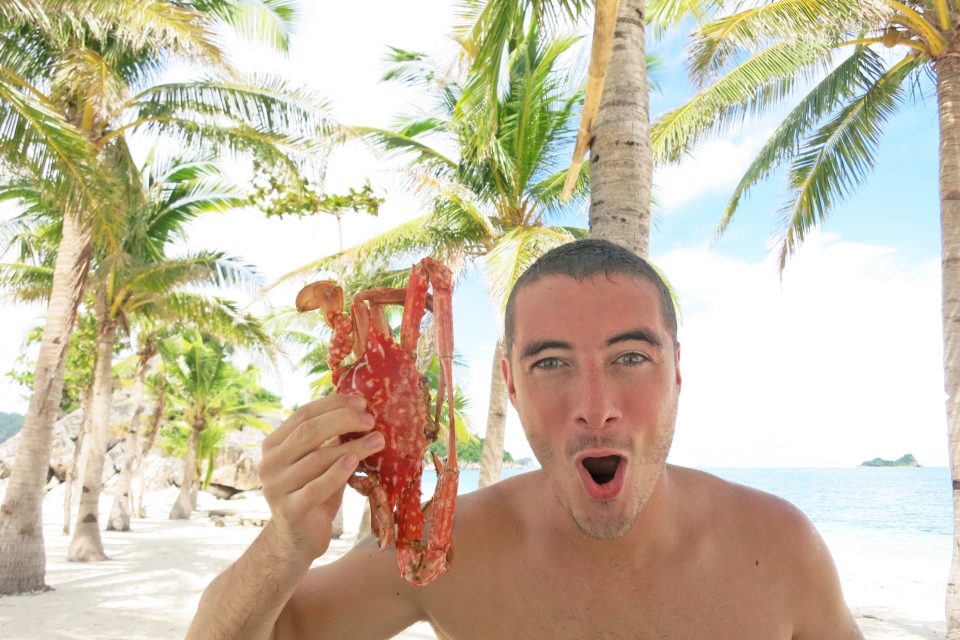 Every island that we went to was pristine, unspoilt, and just down right awesome! As it was one of the first trips that we did around the Philippines, Tom couldn’t believe the sights. Every islands was studded with palm trees, pristine crystal clear water, and the nicest people ever. We lazily enjoyed our day as we moved from one island to the next, gorging in seafood, lying on hammocks, as we swam, napped, and leisurely enjoyed ourselves. There are loads of places to visit during the island hopping tour. A few of our favorites are Cabugay Gamay which has a little foot path you can hike to get the iconic Gigantes Island shot. Nowadays, Gigantes is slowly becoming more popular. When we went two years ago, there was probably 2 other boats going around the islands.

Read: What to Expect when Visiting the Philippines 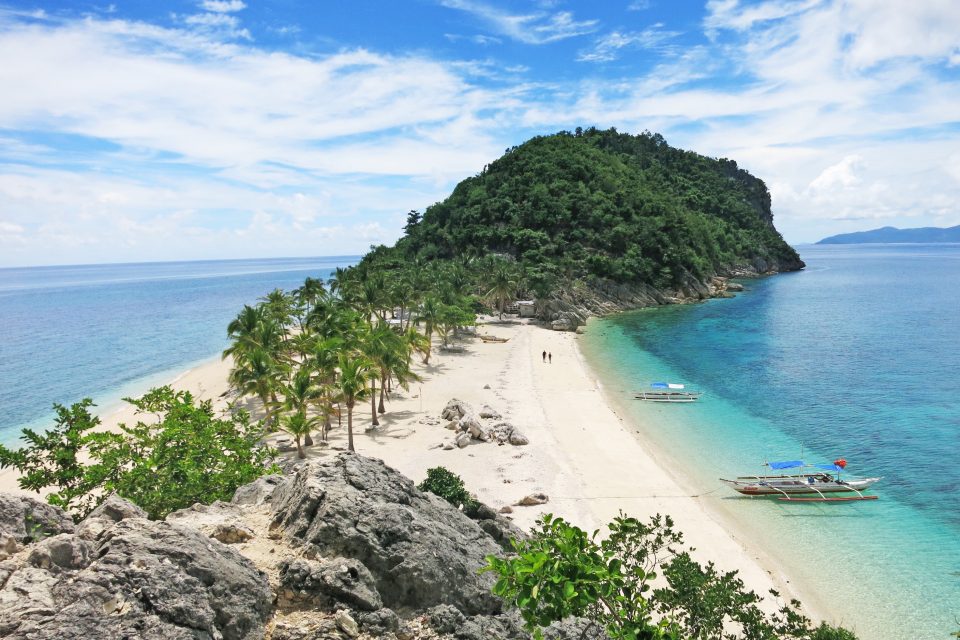 Camping on the Gigantes Islands

When we camped on Gigantes, we had THE best time! Tom and I pitched a tent right by the ocean where we fell asleep to the sound of waves lulling us to sleep.  Our guide at that time provided everything from the tent to having fresh food delivered on the island just for us! Tom and I had a blast swimming until late at night, as we drank a bottle of rum under the starlit sky. Every now and then, Tom and I would fondly remember this moment as we smile from ear to ear reminiscing about those awesome memories. If you have the chance to do it, definitely arrange this as part of your trip. Our friends did it recently and were able to arrange it for a mere P300 per head (due to the size of their group).

Related: Photos that Prove Palawan is Paradise on Earth 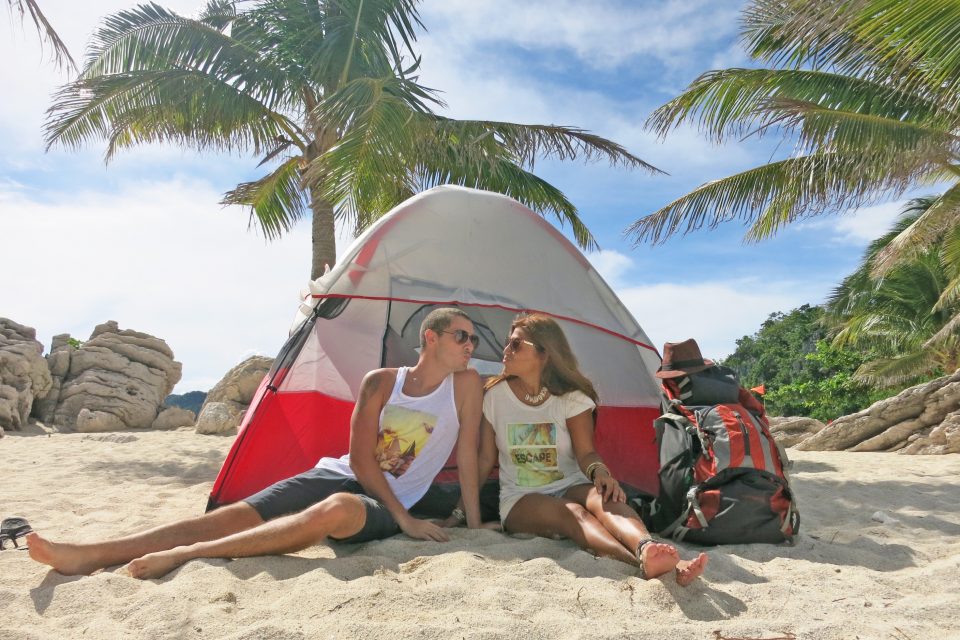 Nowadays, getting to Gigantes Island doesn’t have to be as tedious as it sounds. We were traveling from Boracay which meant more connections and boat rides. Recently, we had friends who made use of the awesome services of Gigantes Island Tours.They arranged everything from their accommodations, boating, food, transport, and camping experience. Our group of friends basked in the sunshine and pristine beaches of this group of islands thanks to the wonderful hospitality of the folks at Gigantes Island Tours.

For those that are interested in their tours you can contact them at: 09989816812/ 09157595000 or by sending them a message through their facebook page. According to my friend, Rhett and the rest of the guys at Gigantes Island Tours helped them plan their getaway immensely! They tirelessly answered every question and helped them plan their trip down to a tee! Don’t hesitate to contact them for a hassle free and affordable getaway while in Gigantes Island.

How to Get to Gigantes Island

How to get to Gigantes Island is a common question amongst people thinking of going. The most convenient airport closest to Gigantes is Roxas City Airport however, you can catch flights to Iloilo, Kalibo, or even Caticlan Boracay. There are two jump off points heading to the islands. You can either go there via Carles or Estancia Port. Also there is a Tourism Office in the Bancal Port in Carles if that helps. 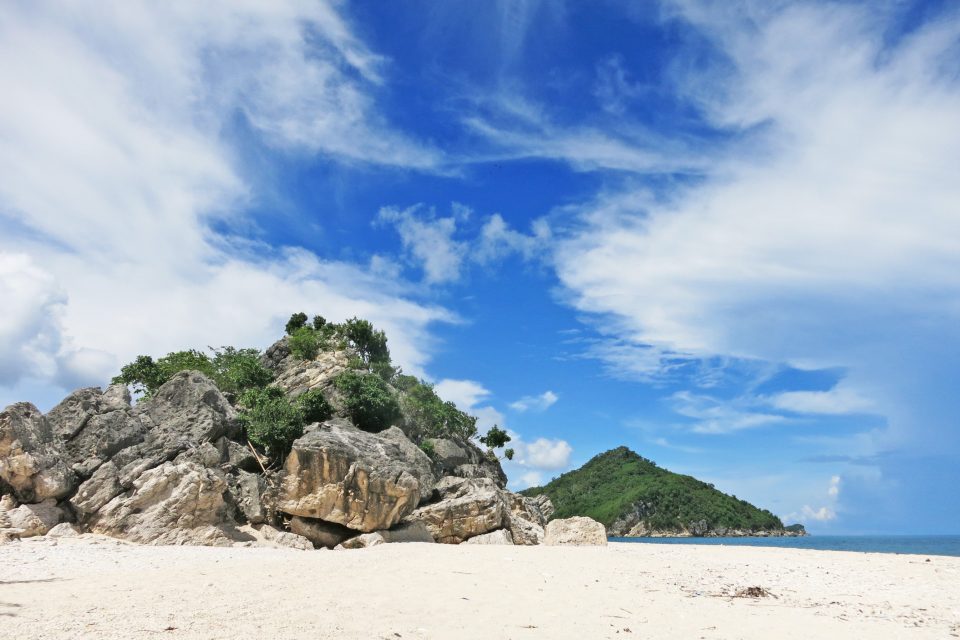 Via Carles to Gigantes:

From Roxas airport, you take a trike (tuk-tuk) to the terminal. Ride a van which will take you to the terminal in Carles. From there, you can head on to Bancal Port where you can travel via boat to Gigantes Norte. The boat ride takes about 1.5 hours

Via Estancia to Gigantes:

Although this route is a bit longer, this is a lot more popular than traveling via Carles. From Roxas airport, you take a trike (tuk-tuk) to the terminal. Ride a vide up to Estancia Terminal then head on over to the port where you can travel to the islands

Schedule: The pump boats usually arrives at Estancia around noontime and leave at 2PM. The same boat departs from Gigantes (to Estancia) at 7-9AM (check the schedule ahead of time). Gigantes Norte Island is the main arrival destination for most tourists since it is where most of the resorts are located, however there are also places to stay in Gigantes Sur.

Since the boats heading to and from the islands only run once a day, you can also hire/charter a pump boat to take you to the port to match your flight schedules. You may contact Gigantes Island Tours for rates. To us, Gigantes Island was and always will be a little slice of paradise where we met wonderful warm people who welcomed us with so much hospitality. If you need more information on how to get to Gigantes Island, Explore Iloilo has a comprehensive article on it here. 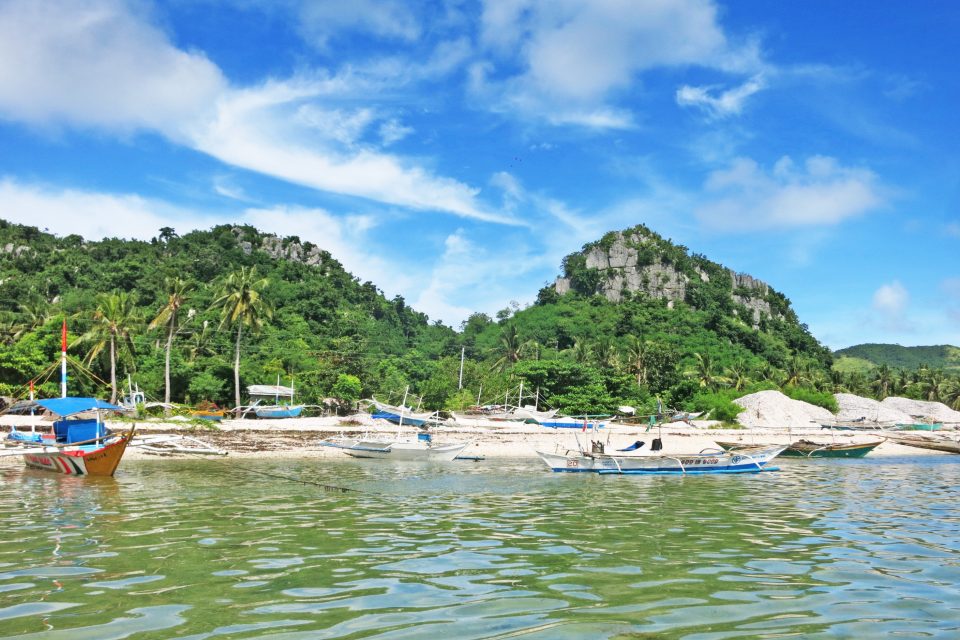 Wait Should You Visit The Philippines? Check out these articles below

2 thoughts on “Island Hopping around the Stunning Gigantes Islands, Philippines”