Myanmar is slowly developing as a country, striving to enter the 21st century! Parts off the country that have been off-limits to tourists are now open to be explored, making Myanmar hot on the Southeast Asia travel list. Unlike many other developing countries, the progress is gradual to the point that the country is evolving with the times yet preserving its historic beauty for which it is known. Myanmar remains a rural nation with traditional values at heart, so if you plan on heading out there, these are 10 things you should know before you do.

Getting a Visa for Burma Is Easy so Make the Most of It!

With the new E-Visa online system, getting a tourist visa to enter Myanmar is easier than ever. The best part? You can find out if your application has been approved in less than 24 hours! If you’re in Bangkok before heading to Myanmar, you can also obtain your visa at the Embassy of Myanmar. It is also quick, easy and you don’t need proof of onward travel when applying. Win! For $50, the visa is valid for 28 days. As Myanmar is such a huge country, take advantage of your time to travel slow, meet local people and learn about the culture.

Insider’s Tip: Always remember to carry a printout of your visa acceptance letter and check what airports it is valid at! 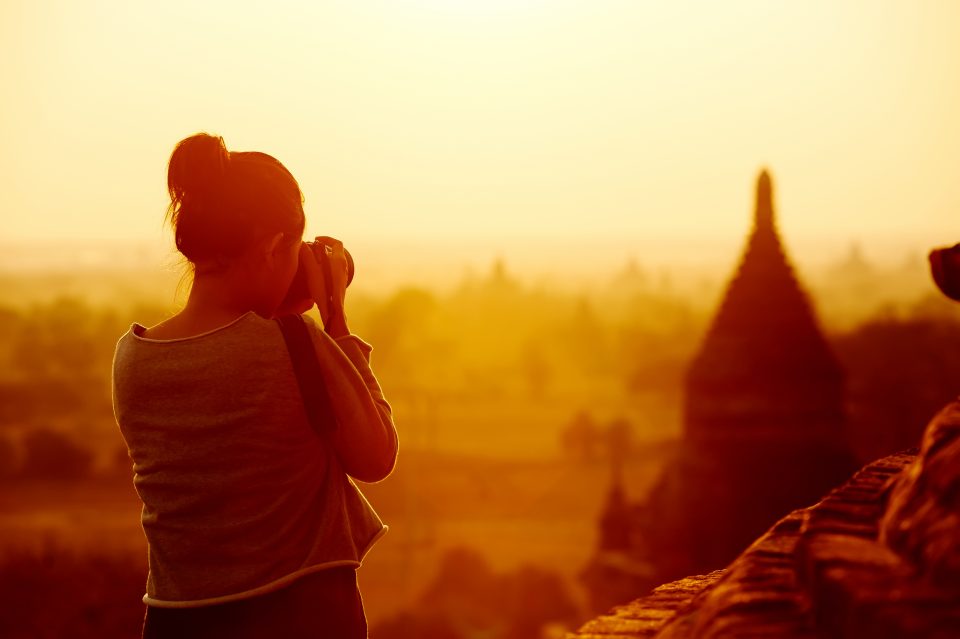 Compared to Other Countries, Hotels Are Expensive in Myanmar

With the amount of tourists greatly increasing to Myanmar each year, you expect accommodation, shops and restaurants to increase proportionally right? Wrong. The recent business and tourist boom has triggered this development but the process is excruciatingly slow. With the same number of hotels but now a crazy high demand, the current solution is to raise room rates. Accommodation is expensive in Myanmar compared to most Southeast Asian countries…however, in our opinion, a trip here is definitely worth it. To get around the high rates, our tip is to book accommodation in advance, specially in the main areas. If you plan on visiting more remote regions, try to contact travellers who have been there to give you a recommendations for local guesthouses. You can also just ask a local to direct you to the only place around that has a ‘foreigner license.’ We recommend using Booking.com to compare hotel prices and find you the best deals. The reviews there are also quite accurate and useful when finding a place to stay.

Insider’s Tip: Pairing up with another traveller can save on costs for a double room. Also when making a reservation, check to see if any work is in progress. Hotels that are expanding remain open so request a room away from the noise!

Plan for Enough Time to Travel Around Myanmar

Like a lot of Asian countries, time tables and schedules are lax in Myanmar so make sure to factor in a lot of time for delays wherever you go. The main form of transport you’ll find is buses, which will take you to everywhere tourists are permitted. If you’re not a fan of the overcrowded and long overnight bus haul, then you probably wouldn’t want to take the train. As the railway tracks are still in very poor condition, train journeys are even longer, always delayed and extremely bumpy! Definitely an adventure if you ask me. Domestic flights are the most comfortable way to cover long distances and are completely affordable. Websites such as Flymya.com give you great flight deals as well as multiple tour packages to choose from.

Insider’s Tip: Never ask a driver about what time you’ll arrive at your destination! People in Myanmar are very superstitious about spirits and they believe this question will conjure up some bad boys. So if you do ask, don’t expect an answer.

Read: To Plan or Not to Plan when Traveling? 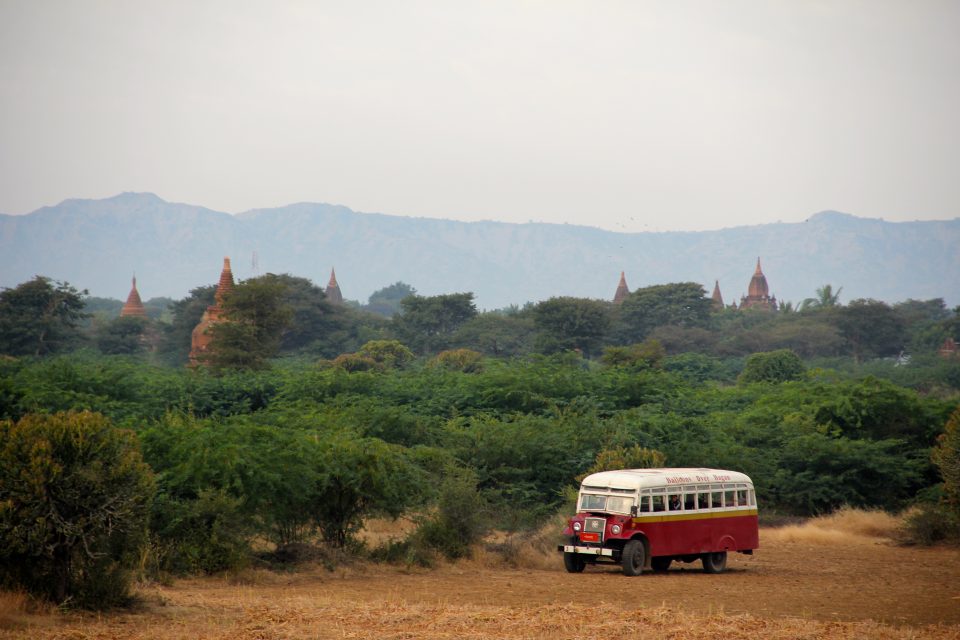 The Internet Will Be Slow or Non-Existent in Myanmar

The internet arrived in Myanmar in 2000. However, with extremely slow connection and specific websites such as Youtube and Gmail being blocked, it is still not widely used. Although the restrictions have been lifted since, the network is still very underdeveloped. There will be times where you stumble upon an “internet café,” but don’t trust the signs until you try the connection. Long story short, don’t expect to have any connection and then you won’t be disappointed! We think part of Myanmar’s charm is being able to getaway from it all. So when in Myanmar, drop your phone, enjoy the views…you can worry about that instagram photo later on.

Insider’s Tip: If you’re a digital nomad and rely heavily on the internet, head to expensive hotels, and higher end cafes and restaurants. These places will most likely have good WI-FI but it isn’t guaranteed!

The Official Currency Cannot Be Bought Outside of Myanmar

Myanmar works on a closed money economy so bring a big wad of US Dollars to exchange into Kyat (pronounced “chat”). When I say big, I mean BIG. There aren’t many ATMs around and credit cards are only accepted in five-star hotels, expensive shops and restaurants. When exchanging, the higher the denomination of USD the better the exchange rate. However, this all means nothing unless your dollar bills are new, crisp and clean! You heard me right. If you’re dollars are creased or marked, they are considered unusable and no business will accept them. This is because they won’t be able to exchange them with the government so make sure you’re not carrying around “worthless” dollars.

Insider’s Tip: New dollars are considered anything printed after 2003. They must not contain the serial numbers CB, BC or AB otherwise they will get rejected. This is due to a mass counterfeiting of $100 bills by North Korea before 2003. 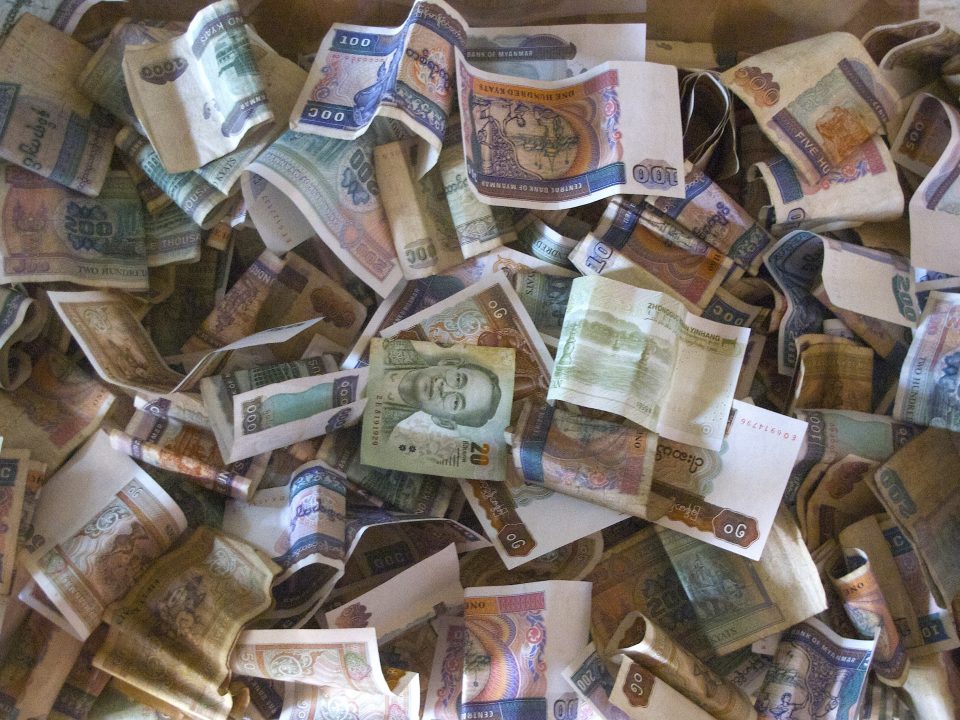 Yes you heard me right. Although bartering and haggling are a way of life in Southeast Asia, people will look at you weird in Myanmar. It is rare that you can negotiate your room rate to get a discount for more than one person and it is almost unheard of bartering in a market! If you’re travelling here from other Southeast Asian countries, try to remember to take your haggling hat off and embrace their way of life. Majority of the time, prices are reasonable so take them for what they are and smile for helping out the locals.

Be Prepared to Smile All the Time

The locals in Myanmar are genuine, friendly and the most hospitable people you will ever meet. While travelling around the country, engage in conversations and get to know the people. They are known for their unwavering interest in tourists and their way of life. A few things that you should expect to see are: 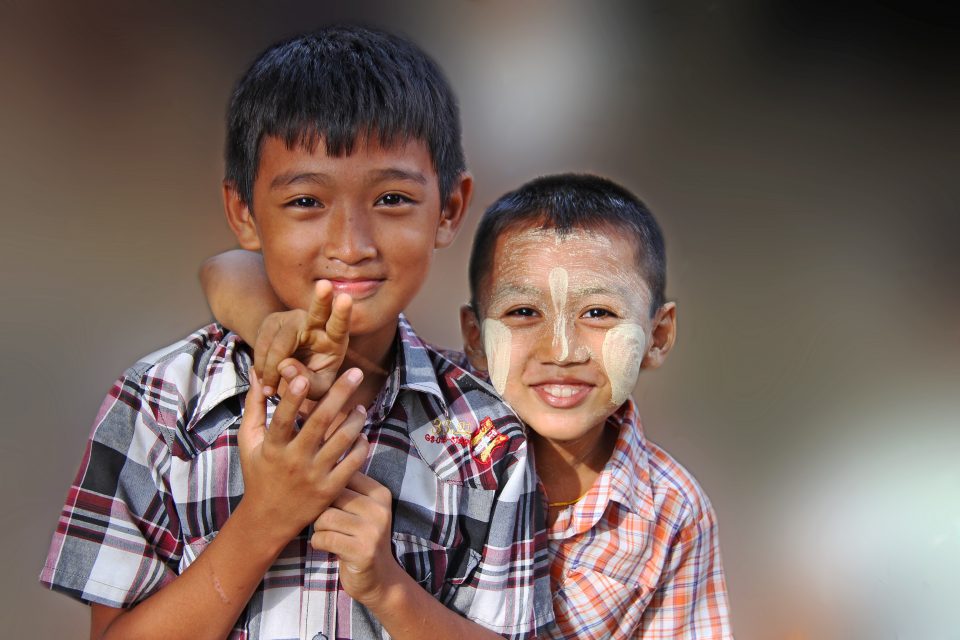 A Kissing Sound Is Not a Sign of Affection

When the locals want to get a waiter’s attention they make two or three short kisses very loudly. Think of the sounds you make to get a cat to come to you, that’s the sound I’m talking about! Expect to hear this where ever you go, especially down narrow side streets full of bars and restaurants. Just don’t expect to be able to do it as loudly and precisely as they do. Don’t be shy and get involved with the custom. It’s fascinating and a really fun way to embrace the Burmese culture.

Insider’s Tip: You won’t see many, if any at all, Burmese women out in the evening. Married or single, most women stay at home. Any women you see out will be most likely be Western. However, don’t feel to strange as the locals understand that foreigners have different customs.

English Is Not as Common as Burmese

Although developing as a country, English is only really spoken in the cities and even then not that much. The national language is Burmese but there are over 80 different dialects spoken, so learning it isn’t so easy either. As we always say, learning a few basic phrases of the language is invaluable and is really appreciated by anyone you come across. However, when it comes to more complicated phrases or if you are staying somewhere very remote, it is also worth learning to mime!

Here are a few phonetically-spelt phrases to begin with: 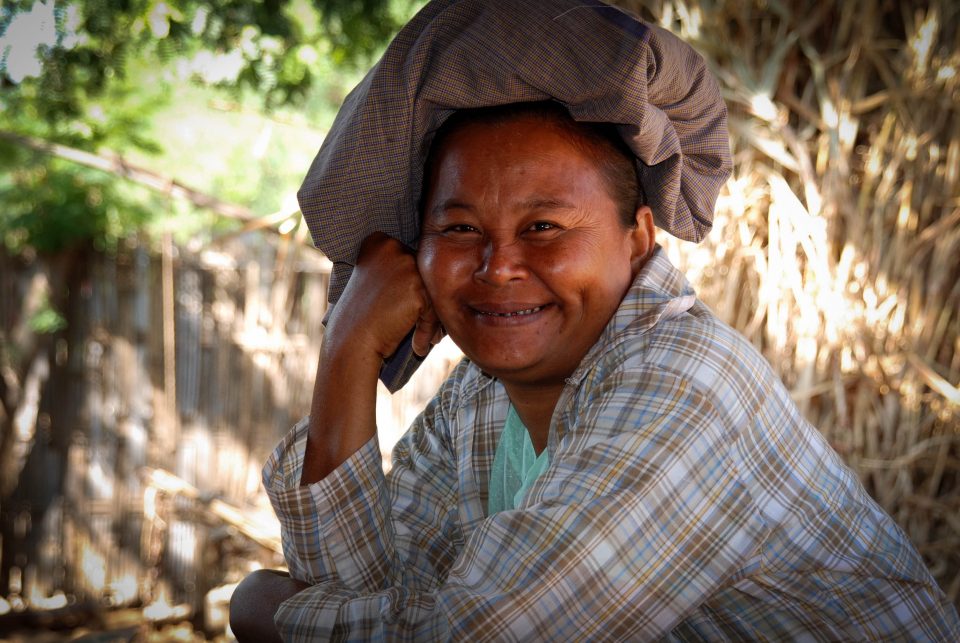 Myanmar is a Developing Country

Among other things, safety and cleanliness hasn’t caught up with 21st century standards in Myanmar. But don’t fret! That’s just how the country operates and will continue to do so for some time. Don’t be surprised to see a cockroach run under your feet in a restaurant. Our advice? Take everything with a grain of salt and just stick to bottled water.

Hopefully, you now know a few facts about Myanmar that you didn’t before. Now all you have to do is decide when to travel here! Myanmar is a beautiful country with some of the nicest and friendliest locals. The authenticity of the place is unparalleled, easily making it a must visit for anyone traveling Southeast Asia. The high season is November to February when the weather is manageable, but this also means a lot of visitors and limited accommodation. May has been recommended as a perfect time, as it is just before monsoon season and you can rock up to any hotel to get a room. You just need to choose the best time for you and enjoy exploring this beautiful country!

If you’re looking for things to do in the area, check out some of our guides!

When adventure arises, Becky jumps in head first even if she has to work herself up for it! She is an avid rock climber and outdoor enthusiast and is now living in France as an expat. When she is not writing about travel gear and destinations, you can find her playing with her two dogs.