12 Amazing Places in the US That You Have to Visit

I think it’s safe to say that collectively, the US has some pretty amazing natural landscapes. Nearly every state has something unique and beautiful up their sleeve. From beautiful canyons, bizarre glacier caves, world famous National Parks, all the way down to incredibly diverse cities. While I have done my fair share of traveling around the US, there is still a crazy amount of things that we are dying to see and do! As a dose of your weekly inspiration, here are 12 of the most amazing places in the US that you HAVE to visit.

Amazing Places in the US

Located just Northern rim of the Grand Canyon, you have another stunning natural landscape that is pretty surreal. This bend by the Colorado River is a popular destination and is often wildly photographed by people who venture down this area. The contrast between the rock formations and the clear Colorado river is spectacular and is worth the visit. 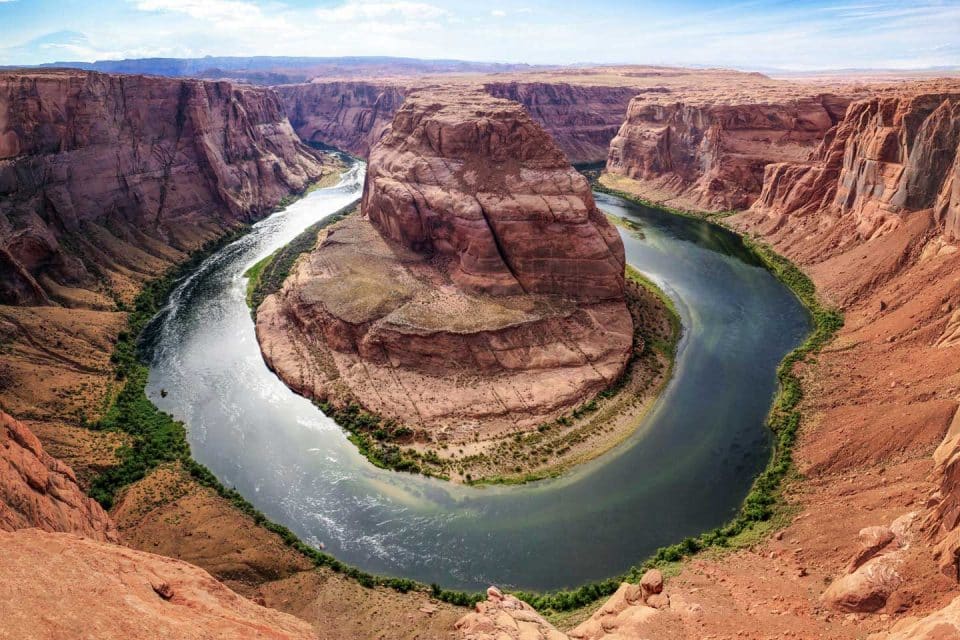 Apart from the Glass Beach in California, high up on my list is Antelope Canyon in Arizona. Located in the Navajo territory, this place is a photographic icon and can be found commonly featured in Instagram shots from people all over the world.

With most tourists visiting the Upper Antelope Canyon due to the almost ethereal looking beam of light coming from the opening above. Located near Page, Arizona, you can find a unique myriad of natural colors when the light shines through.

Extra information: The nearest domestic airport to these attractions is Page Arizona. Alternatively, you can also catch flights to Denver or Phoenix, check out Phoenix RV rentals and go on a road trip (it takes 5 hours). 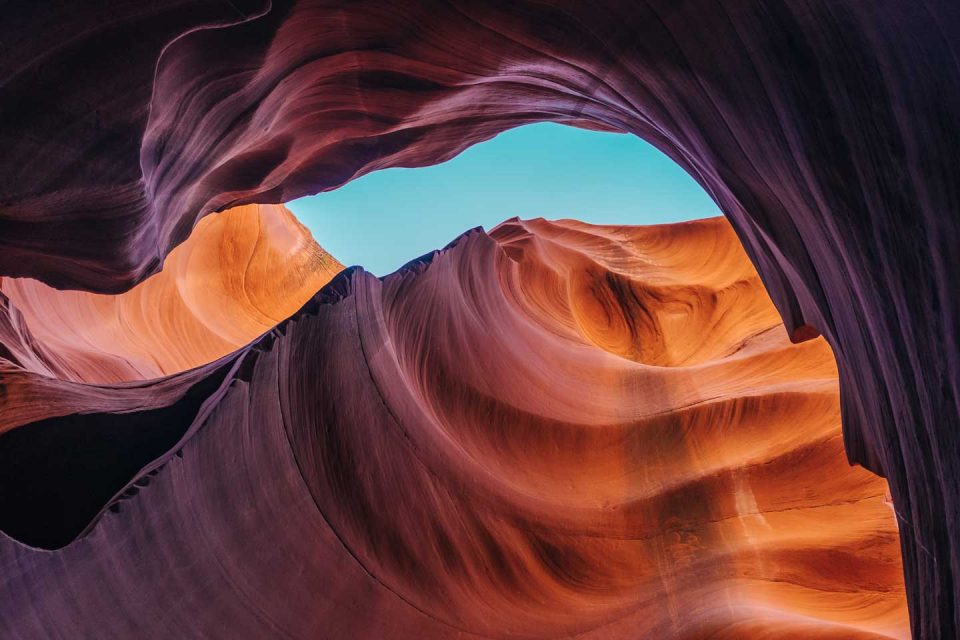 As soon as the lava hits the water, you can see molten rock shoot upward as clouds of acidic water steam upwards. The word mesmerizing us an understatement when describing this incredible phenomenon. To capitalize on this, you can now go on boat or helicopter tours in order to see this popular attraction. 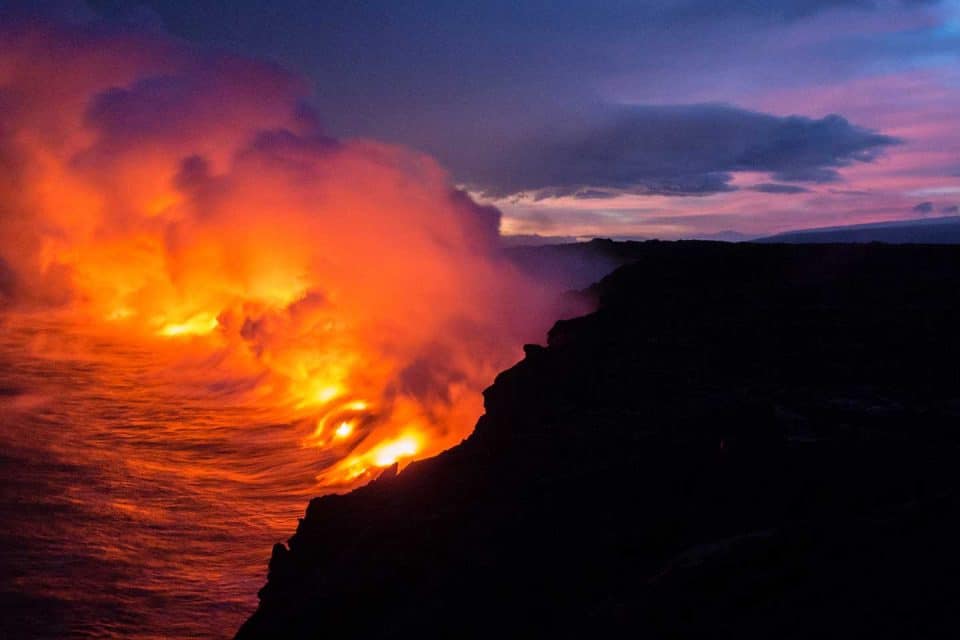 Loosely called as the stairway to Hawaii heaven, the Haiku stairs is a popular tourist destination despite having been closed for nearly thirty years. Originally built during world war II so the military troops could access a radio station, this 4000-step trek famous for its incredible views.

For those who brave to climb it (despite it being illegal), you will be rewarded with unreal views of the summit, Puu Keahi a Kahoe which is nearly 3000 feet tall. 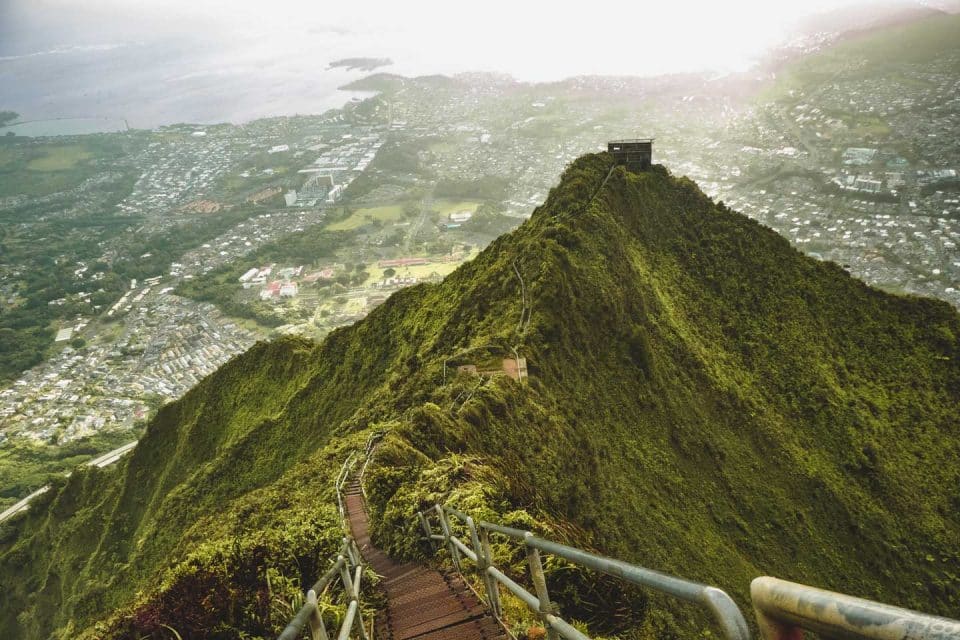 Unlike what its name suggests, Bryce Canyon isn’t a canyon (shocking, I know!) Instead, here you can find a series of giant natural amphitheaters caused by wind, water, and time. The sandstone cliffs that once stood there are now a colorful array of hoodoos which are pyramid-like rock structures in colorful shades of orange, red, and white.

During winter time, this place becomes even more magical as the snow falls on the rock formations. 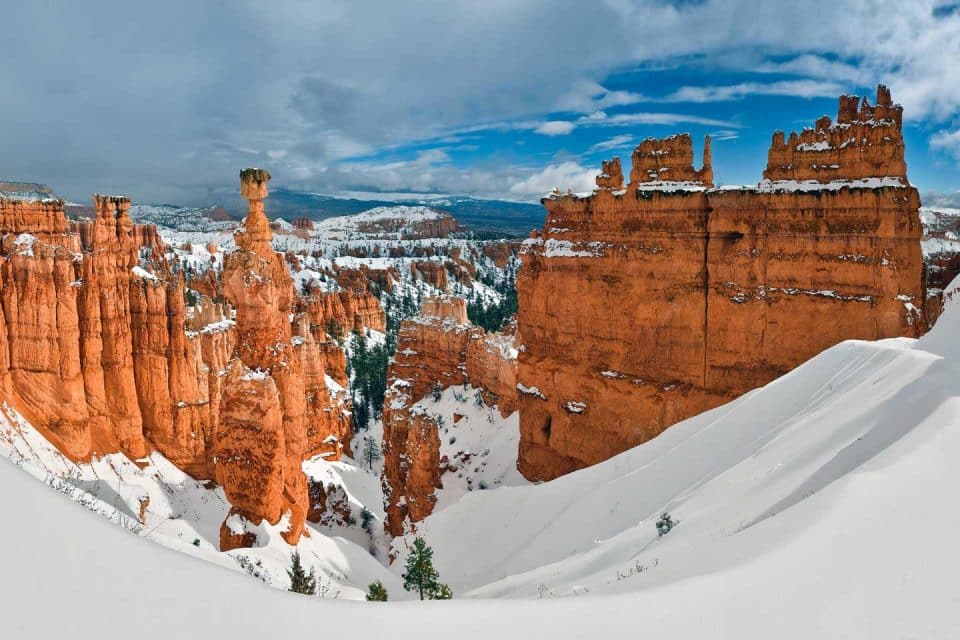 Apart from the hoodoos in Bryce Canyon, you can also find a few weird rock formations by the Goblin Valley State Park. Here, you can wander around the labyrinth of mushroom shaped rocks formed by years of erosion. Due to the composition of the soil, the landscape is completely barren, giving you an unreal desert-like feel.

Additional Information: From Bryce Canyon, it takes around 3 hours and 30 minutes to reach Goblin Valley State Park via car. 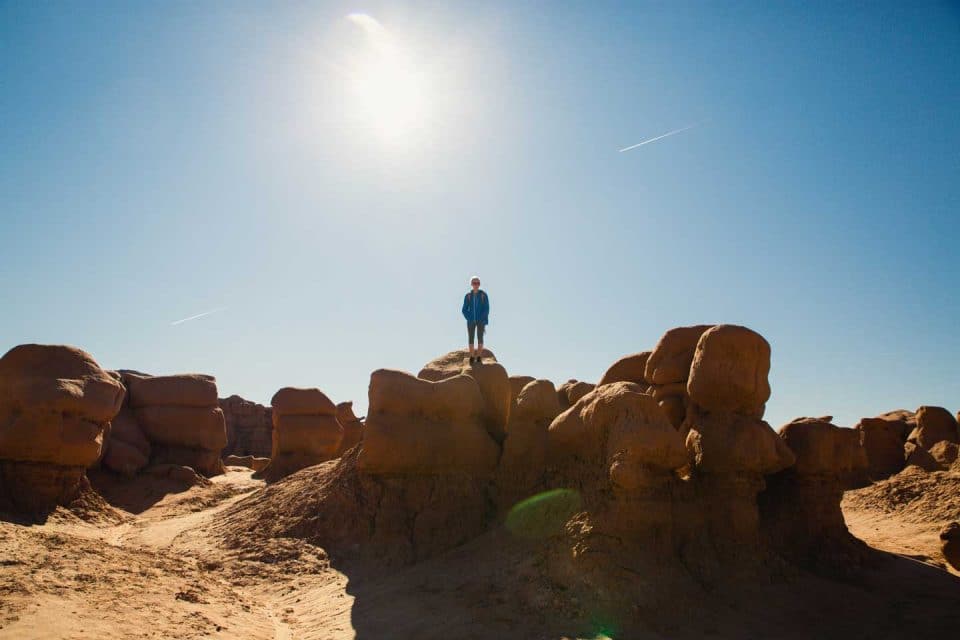 A couple of summer’s ago (okay more like a few good years ago), I took a road trip around California and found myself by the beautiful coastline of Fort Bragg which was full of colorful beach glass. Everywhere you looked there were hundreds and thousands of these colorful rocks, smoothed out from years of erosion and wave pounding.

It’s amazing how years of dumping along the Ocean coastline could produce something so beautiful. The beach can be found in MacKerricher State Park and is a must stop when driving along the coastal line. 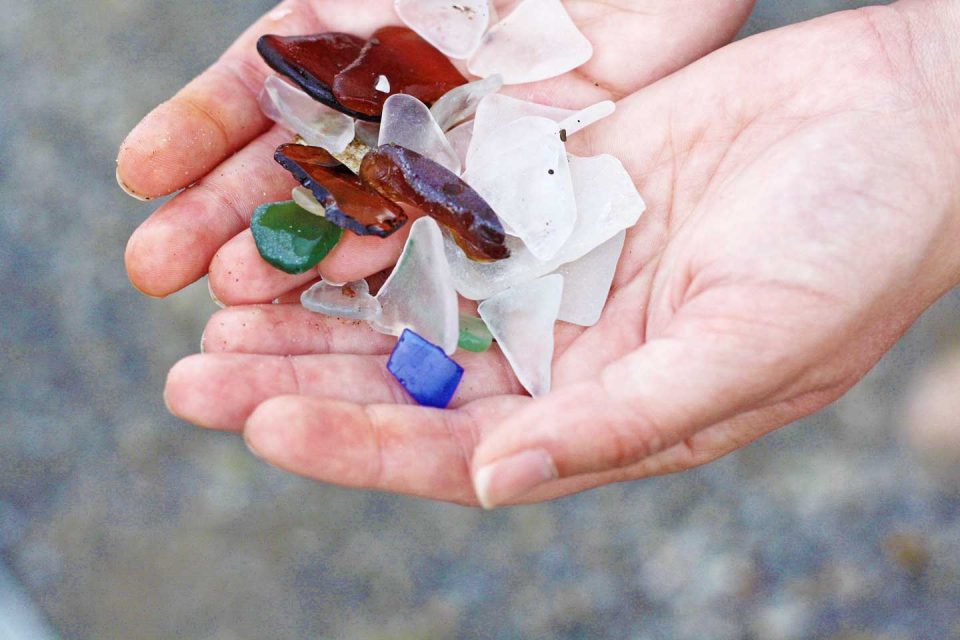 With the rising temperatures every year, getting to places like the Mendenhall Glacier couldn’t be more timely. The very first time I saw a photo of this place, I knew I had to go there. These ice caves which are located inside a glacier are only accessible if you kayak and climb over it. However, once you get there, you will be rewarded with an almost unreal cloud like cave ceiling surface that is unlike anything you’ve seen before. 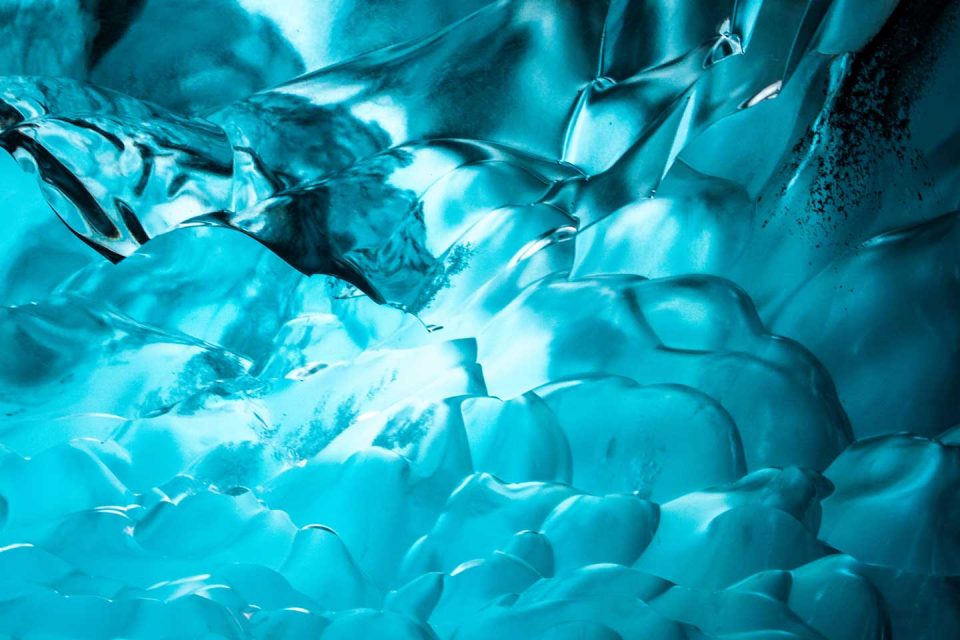 I first visited this park, I was around 8 years old and was completely enthralled by these large giants. Years later, I venture back and although I was no longer 8, the giant Sequoia trees were still as magical and grandiose as I remember them to be.

Home to many gigantic trees, including the famous General Sherman tree (the largest tree on earth) a visit to this national park located in the Southern Nevada, California is a must. I promise, regardless if you’re not a tree loving hippie like me, you will fall in love with this magical place. 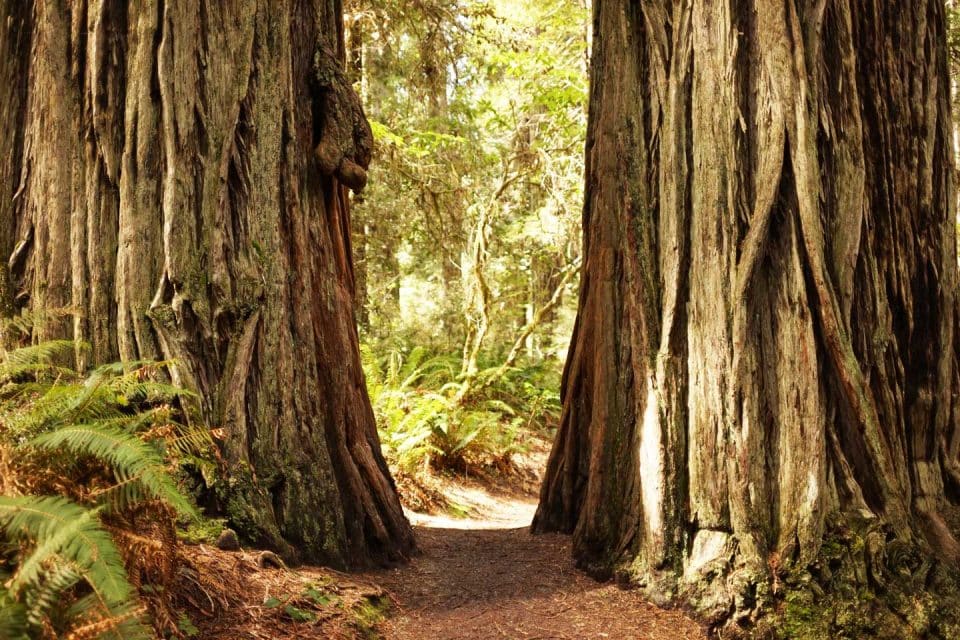 Another California National Park hits the spot, giving you a weird combination of both the Mojave and Colorado desert. Popular for camping, sleep underneath the stars and watch the skies around you change into various shades of pink and purple before hundreds and thousands of stars will blanket the sky. It is truly a magical experience and is something I highly recommend you do if ever you find yourself in California. 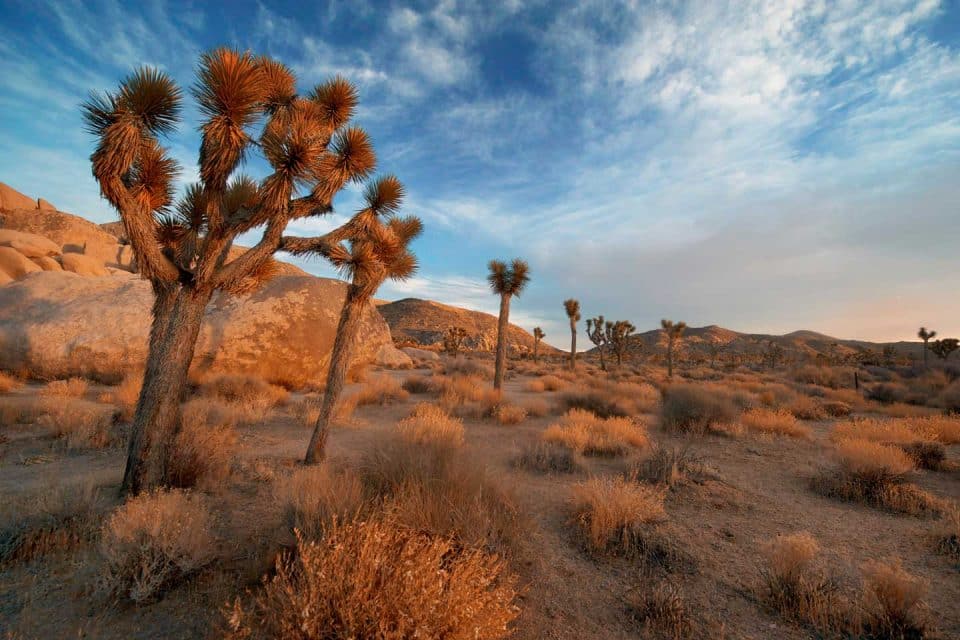 Known as the largest hot spring in the US, this body of water is probably the most photographed feature within the Yellowstone National Park. Distinctly known for its rainbow-colored waters, this hot spring is deeper than a 10 story building and is as bigger than a football field.

Its colorful water is attributed to the different species of bacteria living in the cooler waters around the spring. It is truly fascinating and is worth the detour if you are in the area. If you do plan a trip, check out this Yellowstone packing list to make sure you don’t forget any essentials. 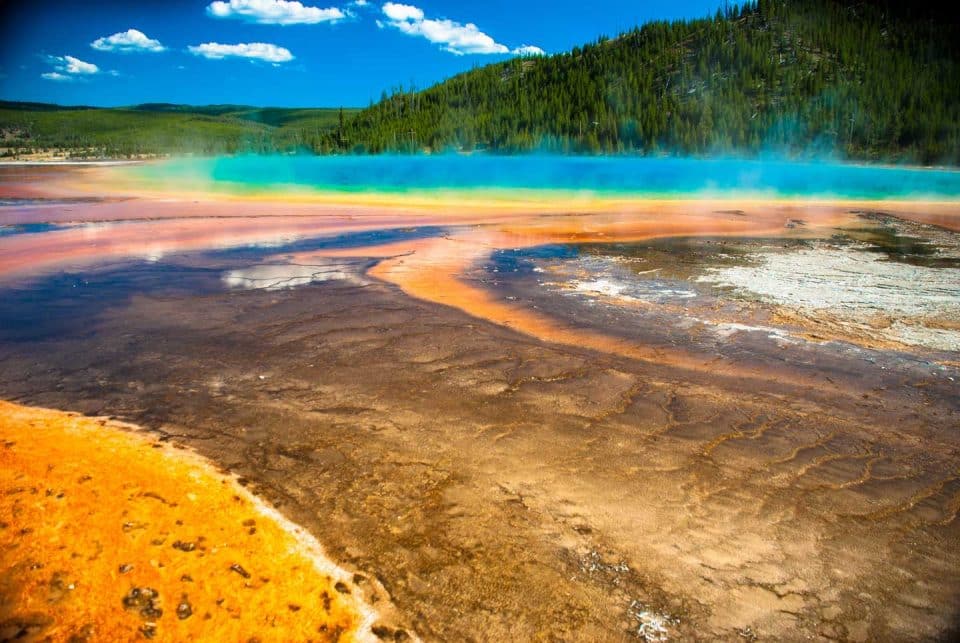 If you’re ever dreamed os seeing the Northern lights, you bear witness to the beautiful Aurora Borealis. Known as Alaska’s second largest city, Fairbanks is loosely called the gateway to the Arctic. The Aurora Borealis will not only wow you but will actually leave you speechless.

November to January gives you shorter days which means that you have more chances to see this stunning light show. If you’re curious, you can also see the Northern lights from five other destinations across the US. 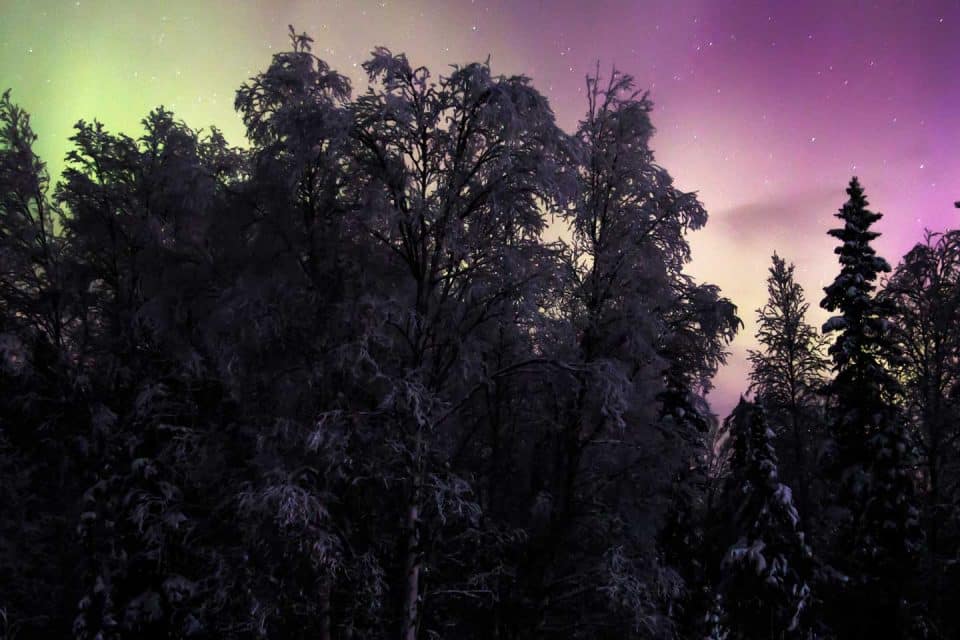 Looking for more inspiration? Check out a few of our other articles 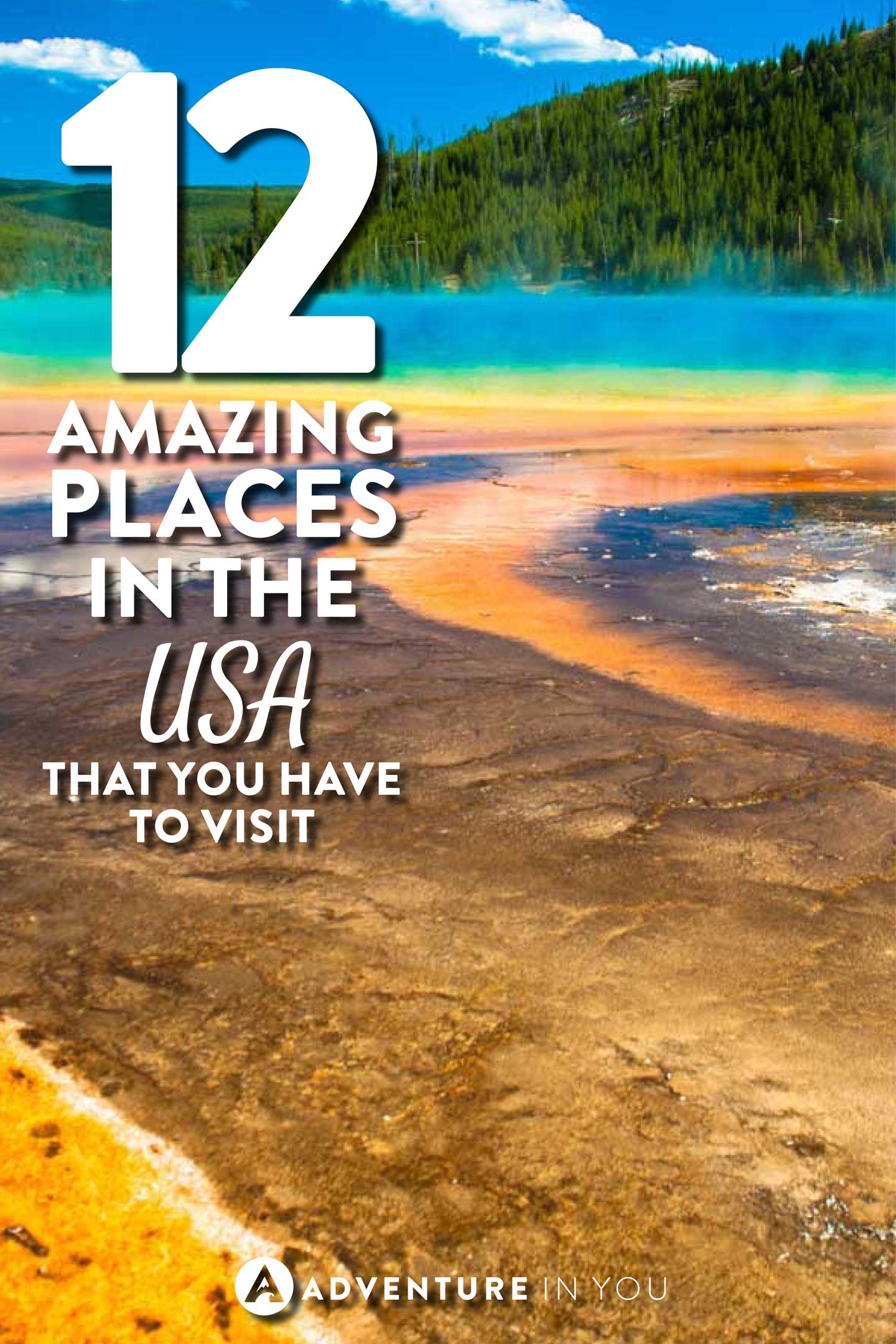