As cliché as it sounds…one phrase that sticks with you when you travel is the word YOLO. (Yes, I actually used that word!) You only live once. So what do we do out of this lifetime? Eat, travel, love, and be merry. One of the first things that we thought of when we found out we got sponsored by Eurail and Interrail was that we could have breakfast, lunch and dinner in three completely different countries. That sounded doable enough…but then again, we wanted to aim bigger. Thus, our wacky idea of eating 5 meals in 5 different countries in 15 hours was born.

Logistics: Given that we were going to hit 5 countries in 15 hours, we had to make sure that we didn’t miss any trains and that we had enough time between stops to eat some traditional meals. Our route was to go from Rotterdam in the Netherlands to Lille, France to Namur, Belgium to Luxembourg and then finish in Trier, Germany.

Read: The Best Ways to Travel around Europe

Because we wanted to do this as cheap as possible, we took “No Reservation” trains which meant they had more train changes and took longer but were also going to be a lot more scenic. No biggie for us- as long as we didn’t miss any connections!

Insider Tip: This epic journey made us realize how grateful we were to have rail passes! If you were ever considering hopping from one country to the next, having rails passes will DEFINITELY make your life easier. Plus, when looking at the costs for this journey it saved us a lot of money. Our train journey alone from Rotterdam to Lille would have cost us €130 each without the passes! Full breakdown and comparison of costs will be coming out soon.

Read: A Guide to Planning your Dream EuroTrip 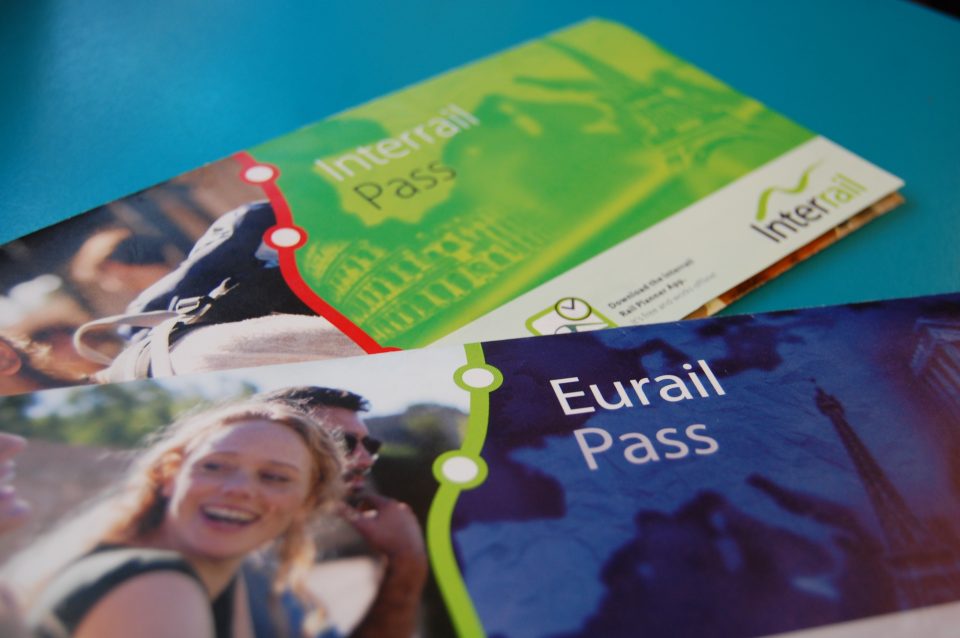 We began our day in Rotterdam in The Netherlands. We have been crashing with our friend Steven who both Tom and I met in Vietnam. Our plan was to eat 5 traditional meals in every country that we went to. As we asked around on what to eat while in The Netherlands, a unanimous vote came out. Herring and Stroopwafels. Now although I love sushi and eating raw fish, the idea of eating herring for breakfast was making my stomach churn.

We woke up a little before 7 in the morning and I sleepily began making us a cup of coffee as I plated our traditional Dutch meal. The Stroopwafels were delicious (Leker, as the Dutch, would say) but the herring…Oh man! That was another ball game. Tom took it on like a trooper and I have to admit that my attempts of eating it was pretty weak. Combined with the smell and the fishlike taste to my barely woken up tastebuds, I was soon rushing to the sink throwing up what little fish I had. I’m not saying I will never try it again, I’m just saying that next time, I will reconsider eating it for breakfast. With that in mind, we rushed to Rotterdam Centrale to catch our first train of the day. From Rotterdam, we were taking a train to Lille, France which took almost 4 hours, including 2 train changes.

Naturally, what could be more French than a croissant and coffee? We knew we could eat larger more traditional meals but we wanted to eat light, after all, we were going to be eating five times that day. We got off the train station and went straight to Eric Kayser, an Artisan Boulanger that originated in Paris which had a delicious selection of pastries and bread. We sat down and enjoyed our meal which was a lot more pleasant than our breakfast.

The croissants were soft and fluffy and were quite honestly, everything that you would want from a piece of bread. We walked around the area rather quickly then rushed back to the station so that we could catch our next train.

Check out: 25 Photos that will Make You Fall in Love with Paris

From Lille, we boarded another train which was going to take us 2 hours and 14 minutes, only changing trains once. This journey went by so quickly that before we realized it, we had already arrived in Belgium. Namur is a small town which from our initial impression had a lot of students. We got out of the train and proceeded to run around Namur trying to find a place to eat. We had a bit of difficulty finding a place to eat as most places that we went to were merely pubs. We spoke to a few locals and luckily two Belgian students pointed us to a place where we could have a meal. As soon as we sat down, we knew it was a good place as they had no English menu and their staff hardly spoke any English. I tried to explain that we wanted the most traditional Belgian food possible.

Along with some familiar words and a lot of hand gestures and charades, we sat down and waited for our food. We had a plate of side salad, some potato croquets, and a schnitzel with ham and cheese served with a traditional cheese like sauce. We couldn’t get the exact name of the meal as the staff spoke little English-we were just lucky they understood my crazy gestures! Having said that though, it was absolutely delicious-specially when washed down with some Belgian Beer. As we ran back to the train station to head to our 4th country, naturally we stopped to get a waffle. So far, I was loving the day that we were having despite being a bit chaotic running around hopping from one train to the next.

This was rather one of our quickest stops and by this time, both of us were already a bit tired from the running around. We arrived at Luxembourg and then immediately walked around to find a place to eat. We had sent out a request asking people to send us snaps of what to eat in Luxembourg. Luckily, our friend responded and gave us a traditional meal to try as well as where we could get it from. Although we didn’t quite make it to the restaurant our friend Vikki suggested, we got to talking to a local guy who owned a sandwich shop. After explaining our mission, he was awesome enough to custom make us a meal, similar to what our friend had recommended. How awesome was that? So by a small little sandwich shop, we had Judd mat Gaardebounen served with roasted potatoes and broad beans in Luxembourg. It was a little silly but I actually forgot to take a photo of that meal (#travelbloggerfail). At this point, we were getting pretty full and we still had one more country and meal to go. We boarded our train in Luxembourg heading to Trier, Germany.

We wanted to end our epic train journey with a really traditional meal. So we thought, what better way to end it than by connecting with locals through couchsurfing. So a few days prior to our departure, we found an awesome host who not only offered to let us stay in her place, but also offered to cook us a traditional German meal. We got to Miriam’s house a little past 9:30 in the evening and immediately we felt at home. Miriam made us a delicious German meal composed of Schweinebraten and vegetables, spatzli, and some wine. The conversations rolled in as we recounted our epic journey. Even if we were sitting down during most parts of the journey, we were completely exhausted and finally went to bed at 1am. Big thank you to Miriam whose hospitality made the perfect ending to our crazy adventure filled day!

Although that day of zooming around countries is the complete opposite of how Tom and I are accustomed to traveling (we usually move veeeery slow!), we loved it. It was like a race against time as we hopped from one train to the next. We particularly chose this route as we wanted to shoot through countries which we had both traveled before. That way, we didn’t get the feeling of completely missing out on experiencing that country.

With tired backs and (very) full bellies, we ended the day satisfied that we had managed to complete our mission. Plus, we think having 5 meals in 5 countries in one day will earn us massive bragging rights. One for the grandkids as they say.