Standing Above the Clouds at Phu Chi Fa in Northern Thailand

Standing high up on the edge of the rocky cliff, I look out at the cloudy valley below. I stand in Thailand, but down below me is Laos. This was the view from Phu Chi Fa, the best sunrise spot in Thailand which isn’t known to many international tourists. Phu Chi Fa is a 2-3 hour drive from the town of Chiang Rai and is best reached by hiring a car or motorbike for a few days. There is a lack of public transport options in getting out here so it’s best to go with your own transport (buses are available but are not frequent)

Phu Chi Fa is located in the mountain range to the east of Chiang Rai in the Thoeng district. The peak stands at an elevation of 1628 meters above sea level and offers amazing views of the landscape below. Nearby the peak there are a number of small villages such as Ban Rom Fa Thong and Ban Rom Fa Thai which offer accommodation options.

Read: Complete Guide to Planning Your Dream Trip to Thailand

Getting to the Phu Chi Fa Viewpoint

After spending the night in the mountains we’d woken up at 5am in the morning. This isn’t our usual sleeping pattern, but you must get up this early in order to catch the sun rise above the clouds at Phu Chi Fa. Sunrise is the best time of the day to admire the view as it gets pretty foggy otherwise. The short drive from our guesthouse to the base of Phu Chi Fa only took about 10 minutes in total by car. The early morning trip to the summit of Phu Chi Fa is made considerably easier by staying at a local guesthouse for a couple of nights. If coming from Chiang Rai you will have to wake up well before 4am.

When we went, it was September and it was still low season which meant  we were the only car on the road and the drive was quick. However, during the high season (November to January) the road is apparently lined with cars as it is a popular spot amongst the locals. During the high season, getting up as early as 4am to head to Phu Chi Fa is recommended.

After parking at the Phu Chi Fa base, we took a quick 20 minute hike to the top of the mountain. The trail to the lookout point was muddy, steep and quite slippery in places so we’re conscious of where we placed our feet. Slipping and sliding to the top, we made it by 5.45am. Victorious, we arrived before sunrise! 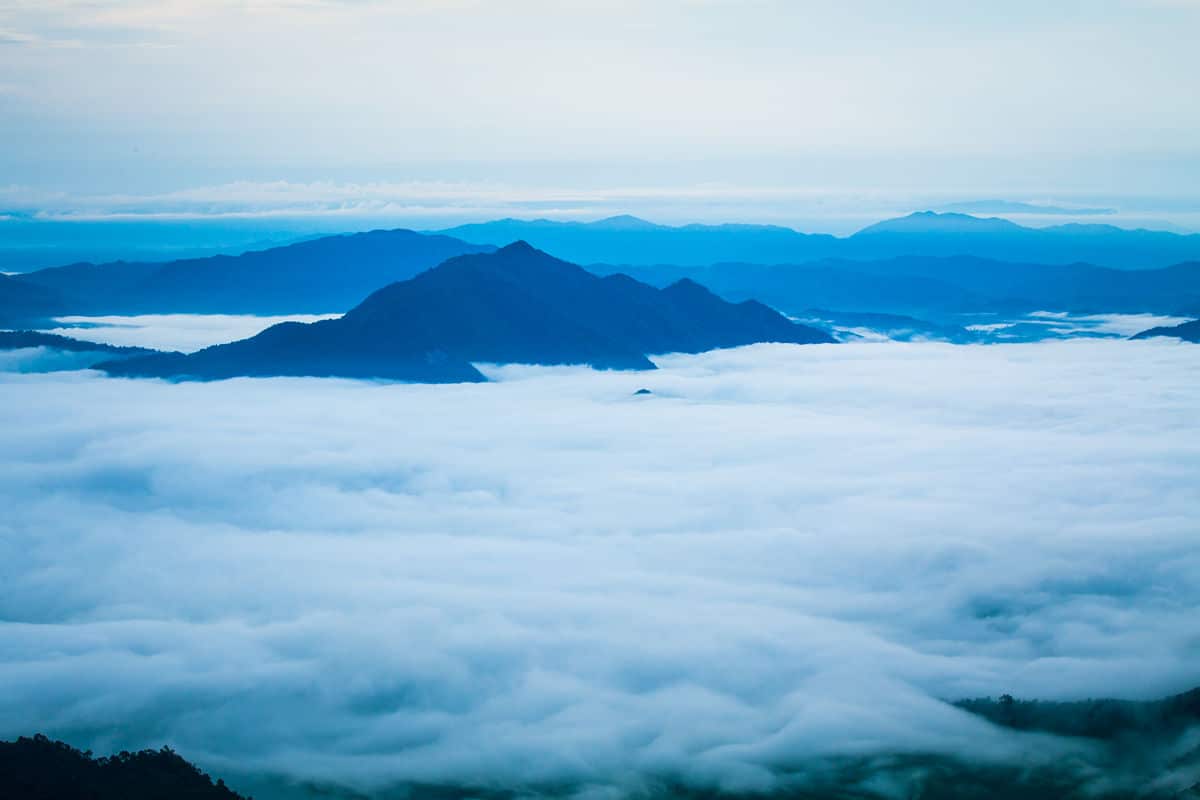 Up at the Phu Chi Fa lookout point, the air was cool and was a refreshing change from the usual tropical weather of Thailand. The morning temperatures in winter hang at around 10 degrees Celsius. After spending much of my time in the tropical climate in Bangkok, it was nice to finally be somewhere cold enough to see my breath again. The crisp fresh air was reminiscent of camping up in the mountains of my homeland in Australia.

At the summit, we meet two young children from the local Mon hill tribe, dressed in their traditional clothing as many of the locals do. We realized that they only speak a little Thai, as their first language is the local Mon dialect which is a lot more similar to Chinese. Despite the language barrier, we learn that they are also woken up at 5am every morning so they can run to the top of the hill to meet the small handful of tourists who visit. As young guides, they make a pocketful of small change before returning to the village at 9am.

Read: 20 Photos of Thailand That Will Make You Go Now 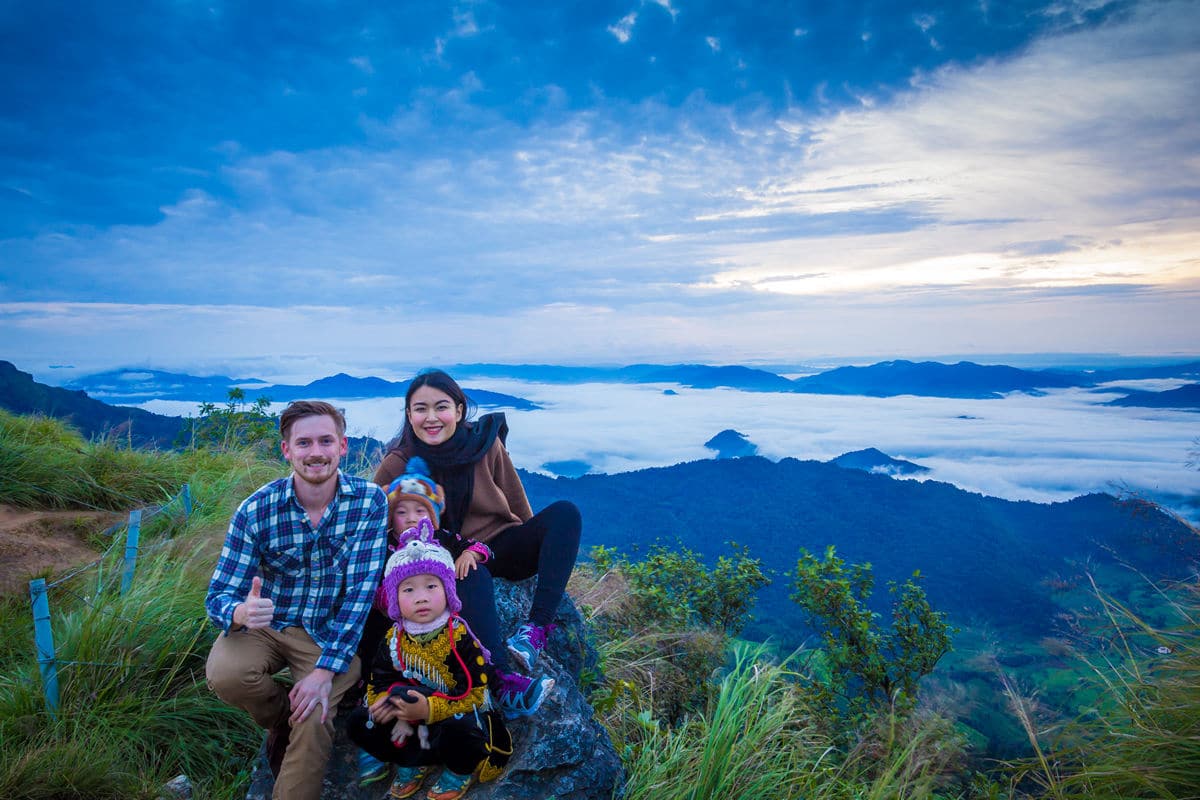 Together, we watched the sun slowly come up over the horizon. First the yellow glow of the early sun behind the mountains, then the valley began to light up to reveal the landscape below one piece at a time. As each minute passed, the scene developed into something far more beautiful than I had anticipated from photos. There is a strong sense of tranquility in standing up on the summit of Phu Chi Fa in the early morning sun. Unlike the madness of Bangkok and other major Thai cities, there is no chaos here. Things flow slowly and naturally. It was a place I could just remain in for hours on end.

The young Mon children take pride in pointing out Laos below. They tell me that is Laos, and this is Thailand, marveling at how close they lived to another country. A visit to Phu Chi Fa is definitely one of the best things to do in the Chiang Rai province. 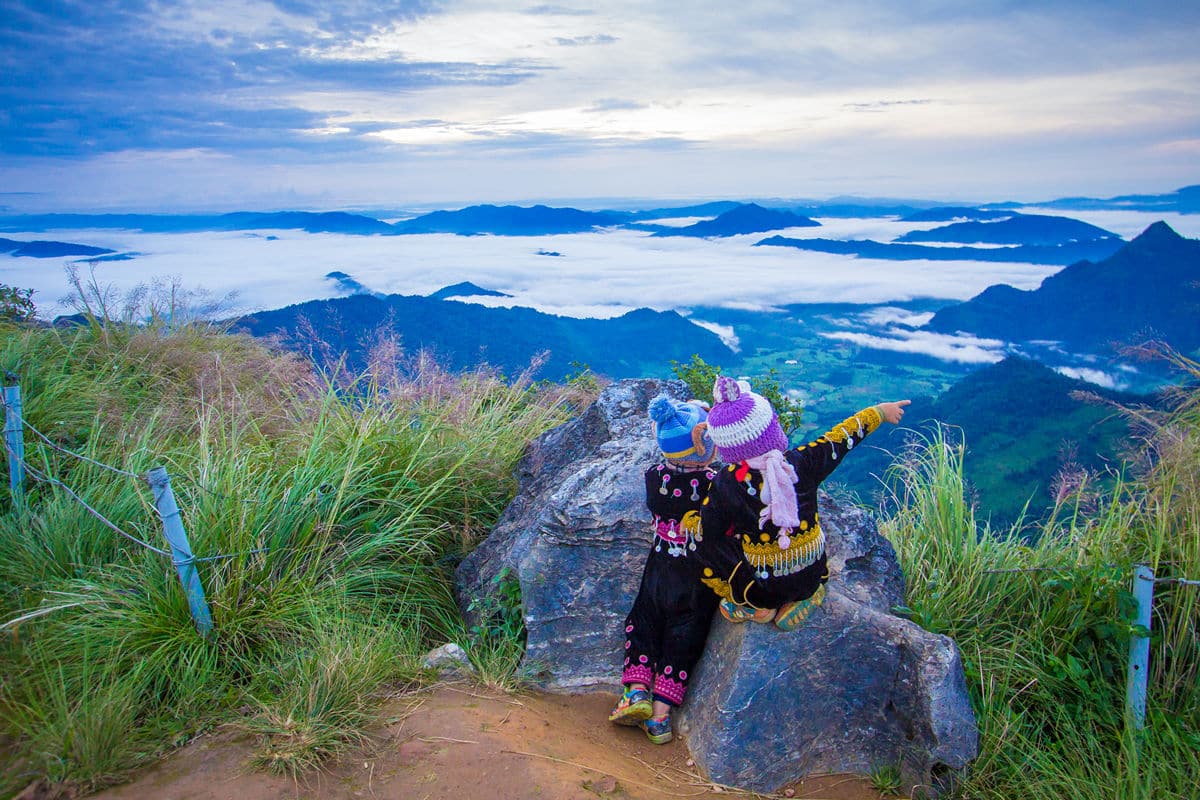 As the sun continues to rise higher, the jungle of Laos below slowly warms up. In turn, it exhales huge amounts of moisture collected overnight, causing the fog to rise. By about 8.30am the clear sunrise view became nothing more than a sky filled with fog.

Insider Tip: If you plan to visit Phi Chi Fa, do so as early as possible or you may just miss it and end up with a nice foggy backdrop instead.

After the morning adventure, we headed back down to the village to fill up on a staple Thai breakfast of steamed rice, khai jeaw moo sup (omelette with minced pork) and a gang joot a bowl of hot vegetable and tofu soup with rice noodles. For under 150 THB ($4) it was a huge feast and kept us both filled up until lunch.

Related: What to Eat in Thailand: Dishes You Will Love

How to Get to Phu Chi Fa from Chiang Rai

The best way of getting to Phu Chi Fa from Chiang Rai is to hire a car for a couple of days. There are vehicles available directly at Chiang Rai airport for as low as 700 THB per day plus fuel charges.

From Chiang Rai there are multiple routes of choosing. The quickest route is via the district of Phaya Mengrai along the rural road 1152. Where route 1152 meets the main highway AH3, you will need to head north for 10 kilometers before taking a right turn up the mountains on route 4018. From there on Phu Chi Fa is fairly well signposted.

Alternatively, you can also hire a motorbike. Rentals run for anything from 150-200 THB for 24 hours for the most basic type.

Phu Chi Fa is cool in the early morning and night, and still fairly warm in the day time. In addition to your summer clothing, pack a light jacket, long pants and a long sleeved shirt. That should keep you covered for both occasions.

The hike up to the summit is not very difficult, however it is advisable to wear sturdy closed shoes. In the early morning, the steep trail is quite slippery and flips flops will most likely break. Also, if you do happen to stray off the trail a little don’t be surprised to pick up a few leeches. Another reason to wear long pants and enclosed shoes! Perhaps also bring a small sachet of salt or a lighter too!

Overall, a visit to see the sunrise over Phu Chi Fa is something I highly recommend  while you’re traveling up Northern Thailand. Between the breathtaking views and the spectacular nature, a visit there is definitely highly recommended. 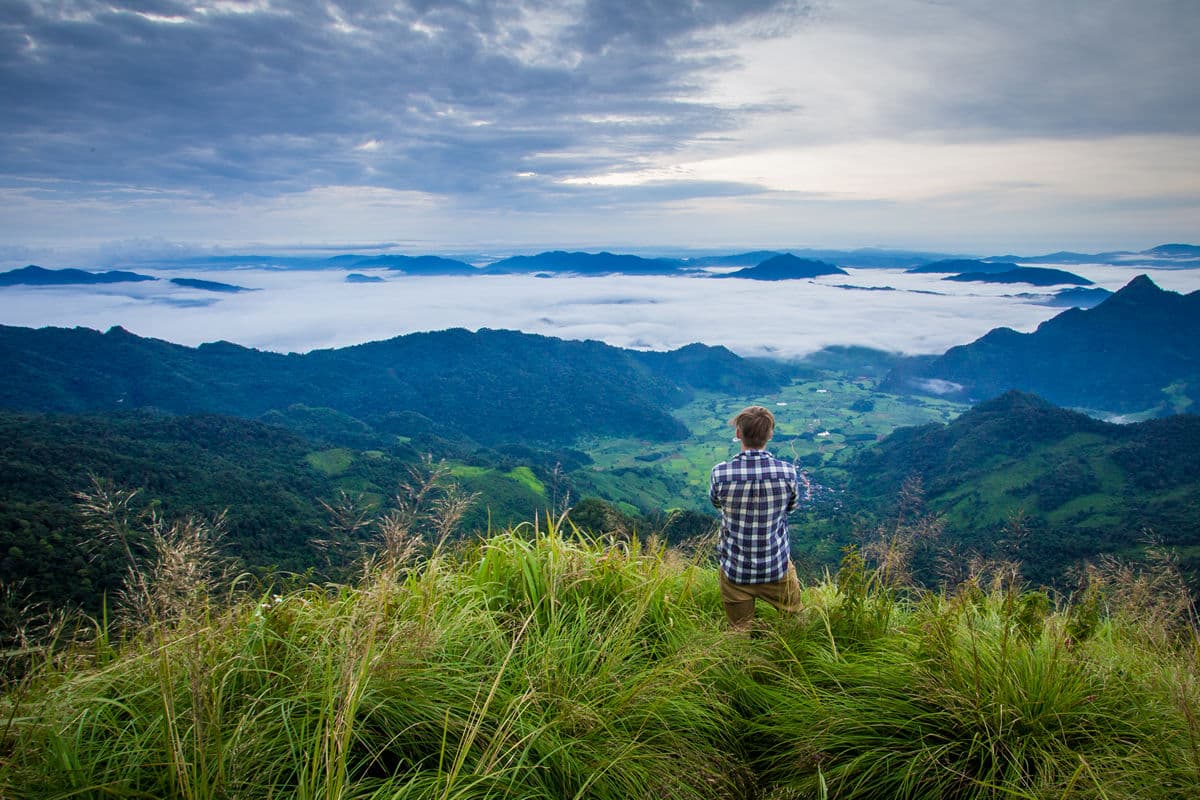 Looking for more adventures around Thailand? Check out these other articles below 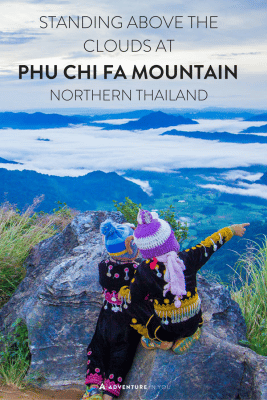