Wondering if riding elephants in Thailand is a good ides? In this article, I’m going to walk you through a few points to make you consider going against this popular practice.

One of the main attractions in Thailand is seeing elephants up close and personal. Rightly so as elephants are such large and majestic creatures who are fascinating in every sense.

So, what’s the big deal about riding elephants in Thailand? Surely, it can’t be that bad right? Read on to find out more about these incredible animals and the myths behind supporting animal tourism.

“Elephants are friendly animals- they like interacting with humans!”

The truth is, in order to train an elephant to interact with humans, what a lot of people don’t know is that elephants are beaten, tortured and trained. The century old tradition of domesticating elephants is called “Phajaan”.

This dark and horrific ritual is when baby elephant’s spirits are broken until they fear their mahouts (elephant handlers) so they become submissive to humans. Yes, elephants are friendly but they are still wild animals.

In order to domesticate them, elephants go through what they refer to as The Phajaan, also known as “the crush” which means to split the elephants will. They used to believe that you can beat the wildness away from the animals, hence, domesticating them.

This process involves putting them in a “crush cage” where they have their front and back legs tied by a rope, stretching their limbs. From here, they beat them with metal tools, poke them with various sharp objects, and sometimes even burn them. They are screamed at, beaten, and deprived from food and water.

After weeks of torture, the mahout will be the one who will release them from their plight, thus gaining the trust of the elephant. This is the hard truth behind domesticating these creatures. These heartbreaking  images is worth a thousand words but be warned, they are pretty graphic.

✨Travelling Thailand? Have a Local Experience!✨

Click the button below to find local experiences in Bangkok, Chiang Mai, the Thai Islands and more.

“Elephants are such large creatures, surely carrying us around for a couple of hours won’t be too bad”

Yes, elephants are large creatures but the truth is, the spine of an elephant can’t handle the weight of humans. Think about it. Between the chair placed on their back, the paddings, the straps, chains, plus the weight of carrying two or three adults-it van get heavy.

Carol Buckley, the president of Elephant Aid International explained that elephants have bony sharp protrusions that extend upwards of their spine instead of smooth round spinal disks. The pointy protrusions poke and point the tissue protecting them once they have too much weight placed on them.

These elephants are forced to walk around with heavy loads for eight to nine hours a day, overworked and underfed. This article by Sarah V Schweig tells you what happens to the spine of elephants and how they can cause injuries to the elephants due to the constant heavy loads. 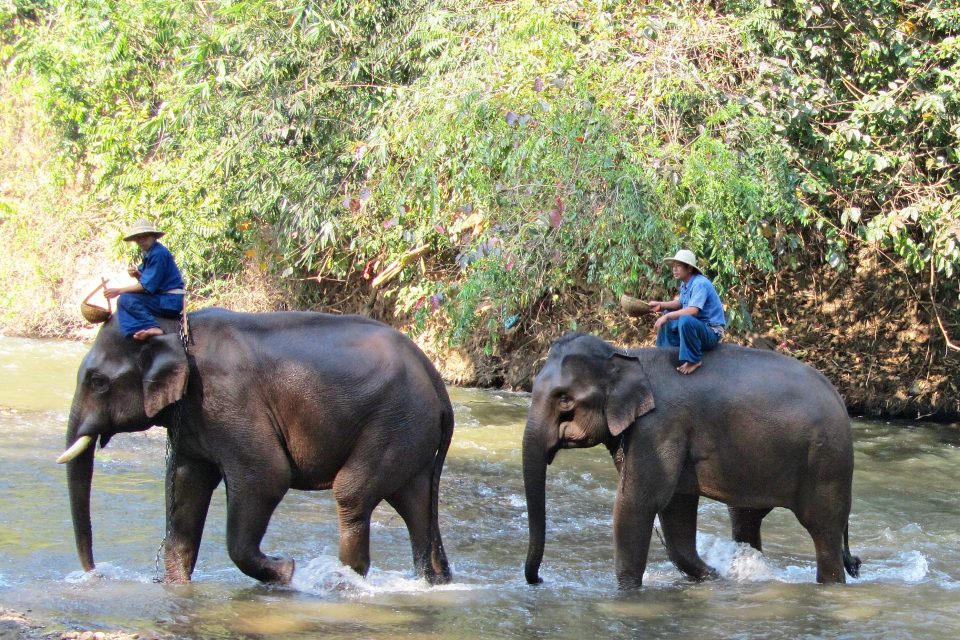 “They are made to entertain! They can paint, play football, and do all sorts of tricks!”

Again, this all boils down to domesticating wild animals. If you really think that elephants can really paint, jump through hoops, and do all sorts of tricks, then I have to say you are being a bit naïve. These creatures are meant to roam free in the wild.

Not play football or paint you pictures. Instead, they are living in captivity, forced to perform all sorts of tricks. You know those elephants who paint pictures? As amusing as they are, what you don’t know is that these mahouts have sharp nails or small pointed objects which they poke the elephants with, guiding them to the right direction when painting.

They are literally reminding them of their tortured past, reminding them of the supremacy of humans over elephants. You may also see mahouts often carrying a bull hook which they say they only use to “guide” the elephant. Those bull hooks are actually used an intimidation technique to follow the mahouts every command. 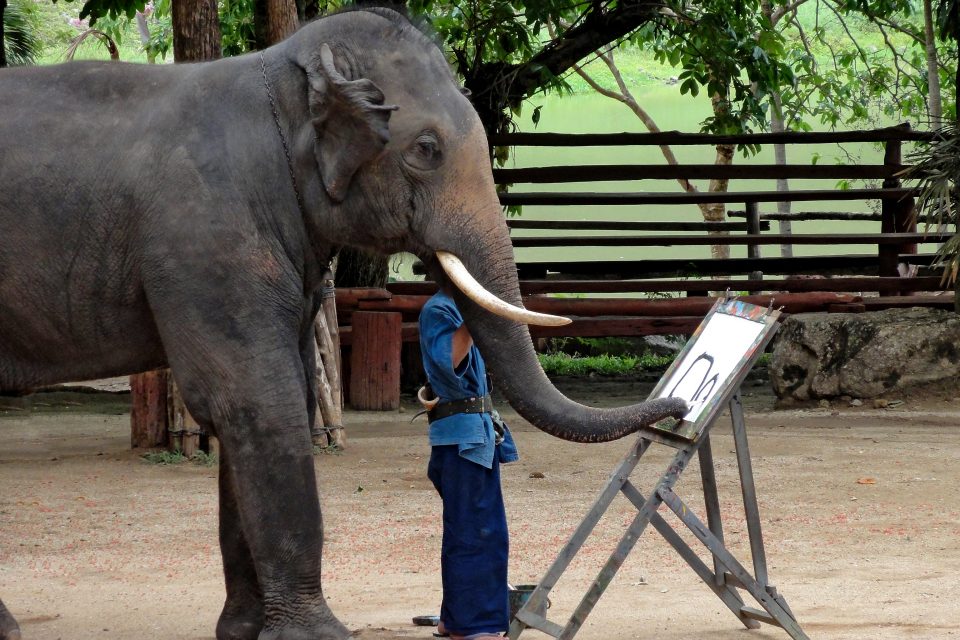 “As long as it’s called a sanctuary, they treat their animals well”

You see, I’m not preaching to the choir here. I too was once the eager traveler who professed their love for these magnificent creatures but still went for the cheapest tour without much thought as to the animal conditions. You see, I thought that as long as it was “elephant sanctuary”, they would treat their animals well.

I remember leaving that place with a gnawing feeling in my stomach when I saw the elephants being chained after our jungle trek. I could see the bruised and injured chain marks on their ears. I left, feeling horrible about myself.  Since then, I had vowed to do my research when it comes to animal tourism.

The truth is, there is no such thing as ethical elephant rides.

Because we travelers and tourists support these exploits, elephant treks, circuses, and elephant shows, the demand for these activities just go higher. While I’m particularly referring to elephants in Thailand, the fact of the matter is Asian elephants are exploited all over Vietnam, India, Myanmar, Sri Lanka, and Cambodia. 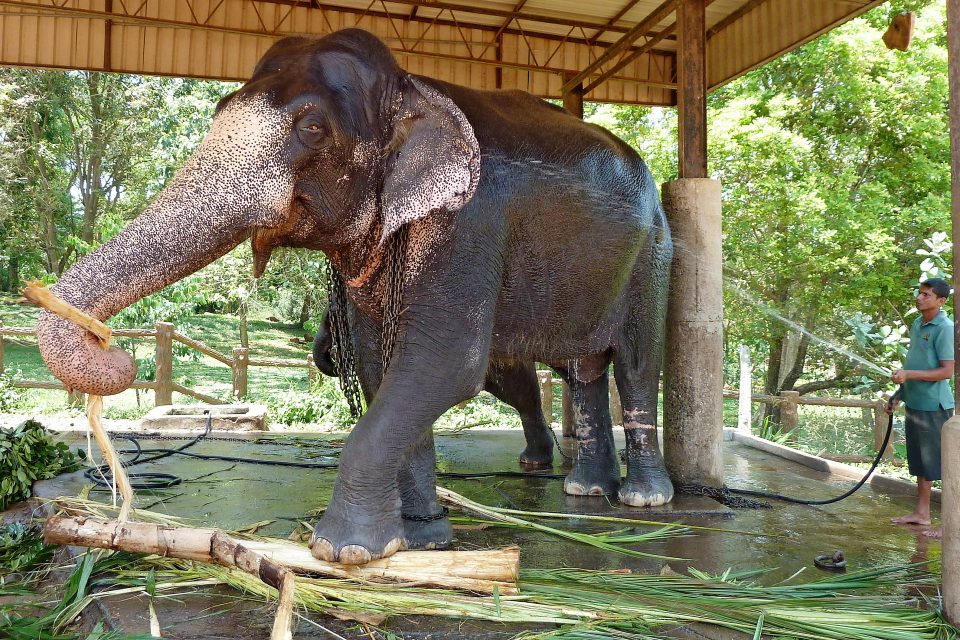 “I wasn’t aware that these animals are being exploited.”

While ignorance is bliss, in this day and age, ignorance is no longer an excuse. While I would never cast judgment because I too was one of those ignorant tourists, its now time to get educated. The choice is up to you. Our demand for these tours further fuel the demand for people to capture baby elephants and domesticate them. Most elephants are born in Myanmar and are smuggled into Thailand by poachers, sold to elephant camps and circuses.  The more we support this industry, the worse and worse it gets. Be informed, make responsible decisions, and do yourself a favor, always think twice if a tour involves animals. 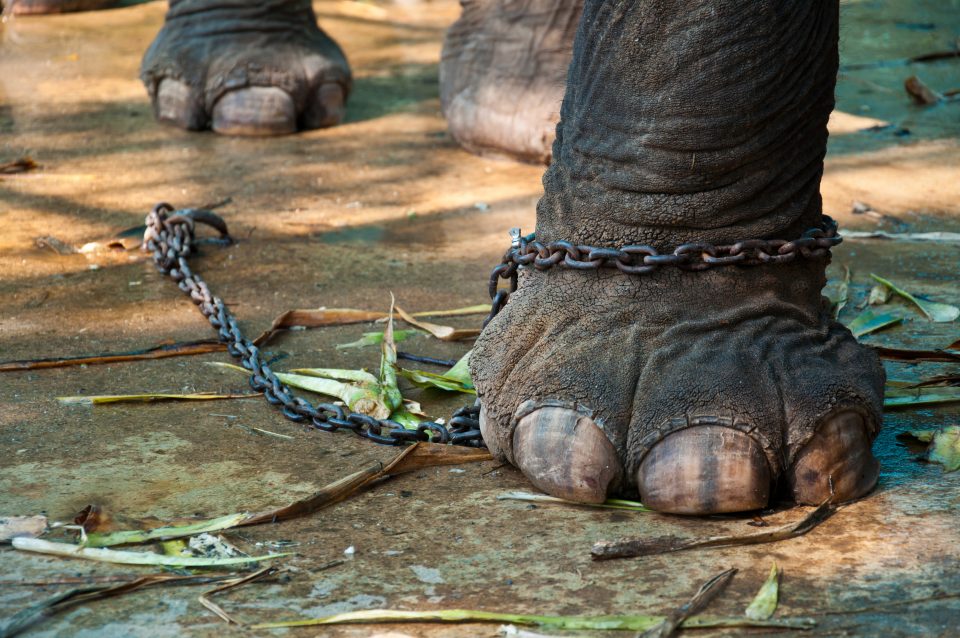 How to Ethically See Elephants in Thailand: The Elephant Nature Park

They have a large portion of land which around 70 elephants call home. Unfortunately, these animals can no longer just be returned to the wild as most of them suffer deep psychological problems. Instead, they are cared for and are allowed to freely roam the sanctuaries compounds. While keeping elephants in captivity is a practice that has been going on for generations, it is not too late to begin making change.

Apart from their rescue and rehabilitation practices, The Elephant Nature Park also offers various volunteer programs which you can take part of. The Elephant Nature Park has slowly been influencing other trekking camps to get rid of elephant riding and just allow tourists to interact with animals on a more natural level. Hopefully, this will inspire other camps to see that tourists will pay for other types of tours and not just elephant riding.

Apart from the Elephant Nature Park, there are a handful of other camps which treat their elephants humanely. So while these ethical camps maybe more expensive, you should know that they use the money to further improve their camp, save more elephants, and create more programs to help inform people of the plight of elephants in Asia.

Moving forward, I would strongly recommend you to think twice before just signing up for the cheapest tour available. Do your research and do your part in ending this cruel practice.

Related: Why we Choose to Support Sustainable Tourism

Looking for other things to do in Chiang Mai?

17 thoughts on “Riding Elephants in Thailand: What’s the Big Deal?”