Should You Visit Myanmar?

Myanmar (formerly Burma) is a country that has been riddled with political turmoil. Until recently, it was almost completely closed off to tourists, even though neighboring Thailand has been a global tourist destination for decades. 10 years ago, few travelers would even consider visiting the country.

Political prisoner and democratic advocate Aung San Suu Kyi discouraged foreigners from visiting the country, citing the financial benefit to the country’s oppressive leadership. Tourism money only went back into a government that denied basic rights and freedoms to its people.

Beautiful scenery, kind-hearted people, and low expenses made it a must-see destination. But lately, the tone in Myanmar has changed. What was once emerging as a popular tourist spot now finds itself embroiled in controversy and turmoil.

The Current Conditions in Myanmar

If you pay attention to global news, you likely will have heard about the recent atrocities happening in Myanmar. Just a few short years after its democratic elections, Myanmar is in the news once again for tragic reasons. The mass persecution of the Rohingya people has been touted by some as nothing short of ethnic cleansing.

In a country divided by religious ideals, the current government has taken to arming itself against a Muslim minority group within its borders. The situation is a lot more complex than most people realize, with the Burmese government arguing that they are simply fighting against Muslim terrorists.

The truth of the matter is that over 600,000 Rohingya people have been displaced, forced to flee the country as refugees because of this conflict. Most of this number have been peaceful civilians simply seeking a safer life. The government has not taken responsibility for these people and continues its stance that it is doing good for its country. 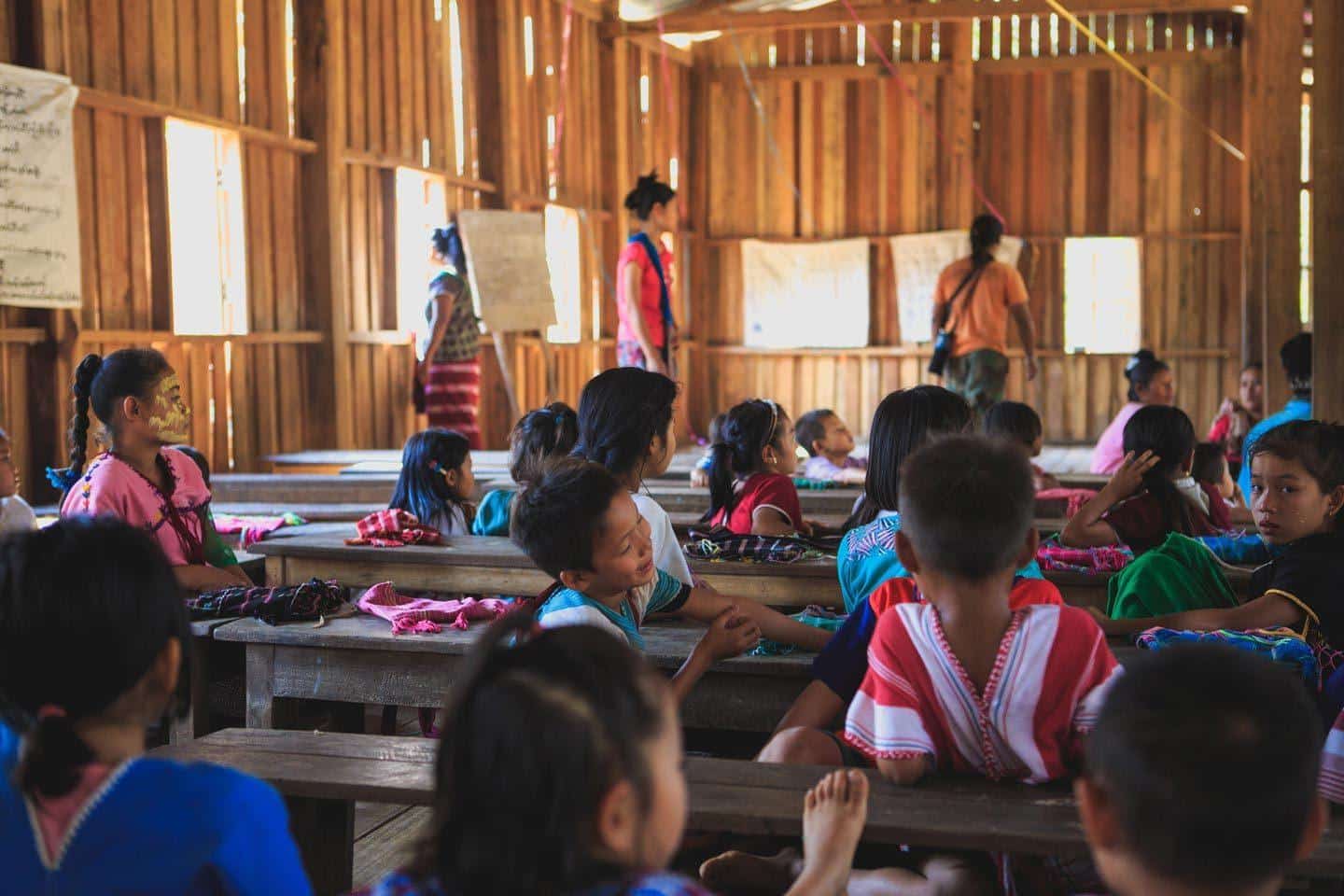 So What Does this Mean for Travelers?

While Myanmar is still considered a pretty safe destination for foreigners to visit, there are deeper implications to consider. Namely, should you support tourism in a country that is committing (though not openly admitting to) religious genocide?

Can you still feel safe traveling in a country in which there is so much violence happening? These are big questions to consider, and at AIY, we like to weigh the impact of travel and tourism carefully whenever we go someplace new. There are a lot of complicated issues surrounding this nation, and ultimately it’s up to you to decide what you want to do.

But as coming from a safety point of view, if you stick to the main tourist cities and stay away from certain border regions, you can have an entirely safe and enjoyable visit to Myanmar.

The Case for Visiting Myanmar

Myanmar is a beautiful and affordable country to visit. In recent years, tourism has blossomed there, with a rise in the number of local guest houses and tour companies creating a welcoming environment for foreigners. There is so much to do and see in Myanmar, from the gorgeous temples of Bagan to the serenity of Inle Lake and the bustle of the capital city of Yangon.

Overwhelmingly, you’ll find that the people in Myanmar are welcoming and friendly to foreigners. You’ll also find it to be an incredibly affordable place to travel, offering gorgeous and simple accommodations for little cost. There are lots of reasons to add this place to your bucket list, even now.

A strong case for visiting the country is the direct benefit it has to local business owners. Despite what the government has done or is doing, the fact of the matter is a lot of the country’s businesses rely on tourism these days.

A boycott of the country will end up hurting the locals more than anyone. Guest house owners, shopkeepers, and tour guides and even travel agencies all benefit from outside visitors to make their livings.

For example, Flymya, a company who we closely work with has a goal of aiding the growth of grassroots, smaller-scale tourism businesses in Myanmar. Boycotting these businesses is not overtly affecting the government but rather the local economy and small business owners.

Keeping Myanmar in the Global Eye is Important

It’s important to keep people talking about the conflict in Myanmar. Isolating yourself from the conversation won’t have any benefit. The more people visit the country, the more likely they are to talk about it and their experiences there.

It’s also important to be able to put faces with statistics. It’s easy to talk about the Burmese people and their struggles, but it’s much easier to sympathize with people you’ve actually met.

Travel is an amazing way to gain perspective and to open yourself up to new opportunities and opinions. Traveling to a country that’s been so racked with controversy can give you the chance to gain some first-hand perspective on what life there is like, and then to share that with the world.

Should you Boycott Myanmar?

Ultimately, Myanmar is a safe place to visit. There are certain areas along the borders where conflict is ongoing that should be avoided by all travelers. Instead of boycotting, which can hurt the tourism industry and individual citizens, try to engage in other ways.

Raise your awareness of the current situation and share what you know with others. Visit and learn as much as you can about a country that is full of a diverse and generous population. Consider donating to a cause that is actively supporting the persecuted population. Take a look at these groups that are helping the crisis.

The Rohingya refugee crisis is a big problem in a country with a past dotted with turmoil and persecution. But as is true in most nations, the actions of its government do not reflect the hearts of most of its citizens. Myanmar is a country full of kind and welcoming people. A visit here will likely offer you a new perspective and a chance to experience some of Southeast Asia’s most spectacular scenery!

Looking for more articles on Myanmar? Take a look at a few of our best ones 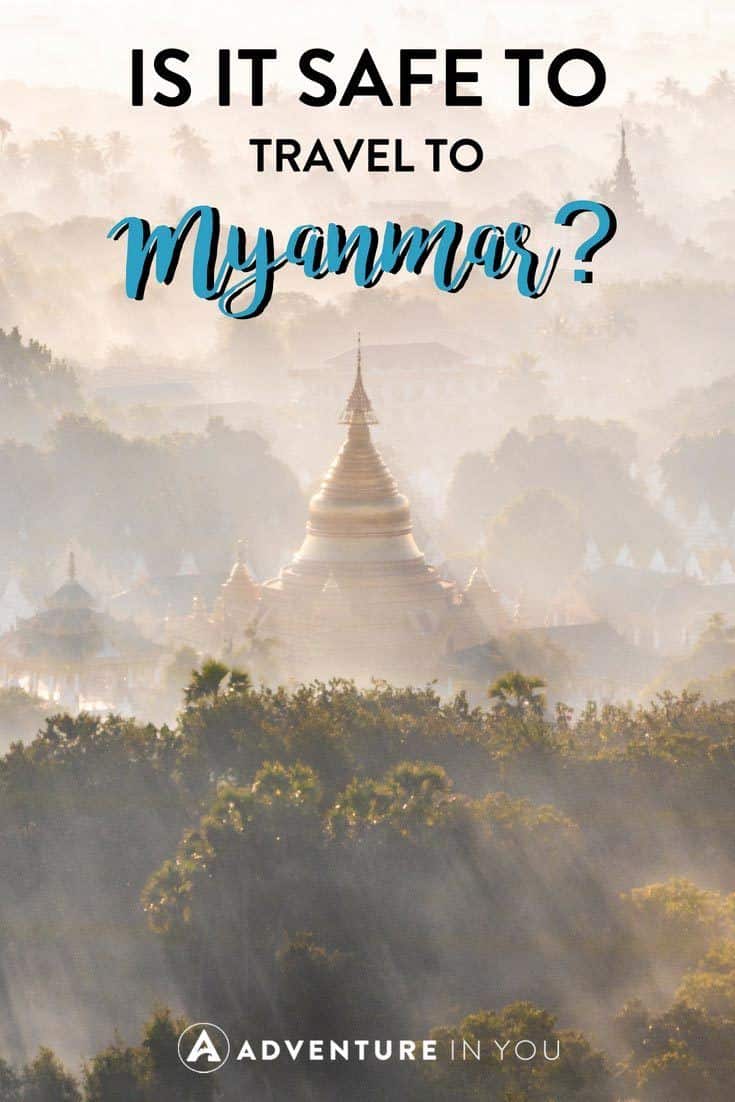