Similar to most places in Southeast Asia, due to the monsoon season, timing your trip to Myanmar is essential unless you want to spend most of your time battling against torrential rains and flooding or intense heat. Myanmar is one of our favorite places Asia given the fact that it still isn’t as touristy in contrast to its neighboring countries. To help you make the most out of your time in Myanmar, here’s some information on the best time to visit as well as the top things to see and do in each place.

In a nutshell, although you can visit Myanmar all year round, due to its tropical climate. However, as a general rule, try to avoid visiting Myanmar from June to September. During this time (especially from July to September), the wet season is in full swing. Places like Ngapali Beach during this time even closes due to inaccessible roads.

The best time to visit most of Myanmar is from November to February as it is neither too hot to walk around due to the cool breeze that blows in. March to May, on the other hand, are boiling hot, especially in the plains near Bagan and Mandalay. If you want a more specific guide, here’s some information on specific regions in Myanmar and when to best visit them.

Hot Season: March to May

Generally speaking, I much more prefer to travel a country myself over fully organized tours. However, I do enjoy getting tour guides for specific parts of the trip, especially when in countries where I can’t understand the local language. The insight and local knowledge that most tour guides can give can pretty much change your perception of a place. If you’re a DIY traveler, you can check out this Myanmar Travel Itinerary to help you plan your trip. Otherwise, I recommend checking out the day tours that Flymya has, spread out all over Myanmar.

Due to its location, even in the cool season, Mandalay’s temperatures still remains to be quite hot. In fact, even in the peak of rainy season, Mandalay only receives an average of about 9 days of rain. Personally, I would try to plan a trip here from November-January in order to avoid the intense heat. Average temperature during this time is around 27°C. In fact, I would actually recommend to visit during the rainy season just to avoid the intense 40°C from Feb to April.

Resources for Mandalay: Things to Do in Mandalay

Due to its close proximity to each other, Mandalay and Bagan have pretty much similar weather conditions. As mentioned during the months of February to April, the temperatures in these regions can become unbearable, especially if you are walking around from temple to temple. If you can, avoid these months and head here from December to April. Otherwise, consider doing all of your temple touring early in the morning or during sunset.

The capital city of Myanmar, Yangon is best visited from November to April during the time it experiences little rain. Although compared to Mandalay and Burma, the temperature here isn’t as hot with an average of 24°C. Although with that being said, the humidity here is higher so similar to Bagan, it is best to do your sightseeing during early morning and sunset.

Insider Tip: These times make for the best photos anyways!

Hopefully, this guide has helped you figure out the best time to visit Myanmar, allowing you to make the most out of the seasons and weather. If you need more tips and advice on traveling Myanmar and the rest of Southeast Asia, check out the articles below. 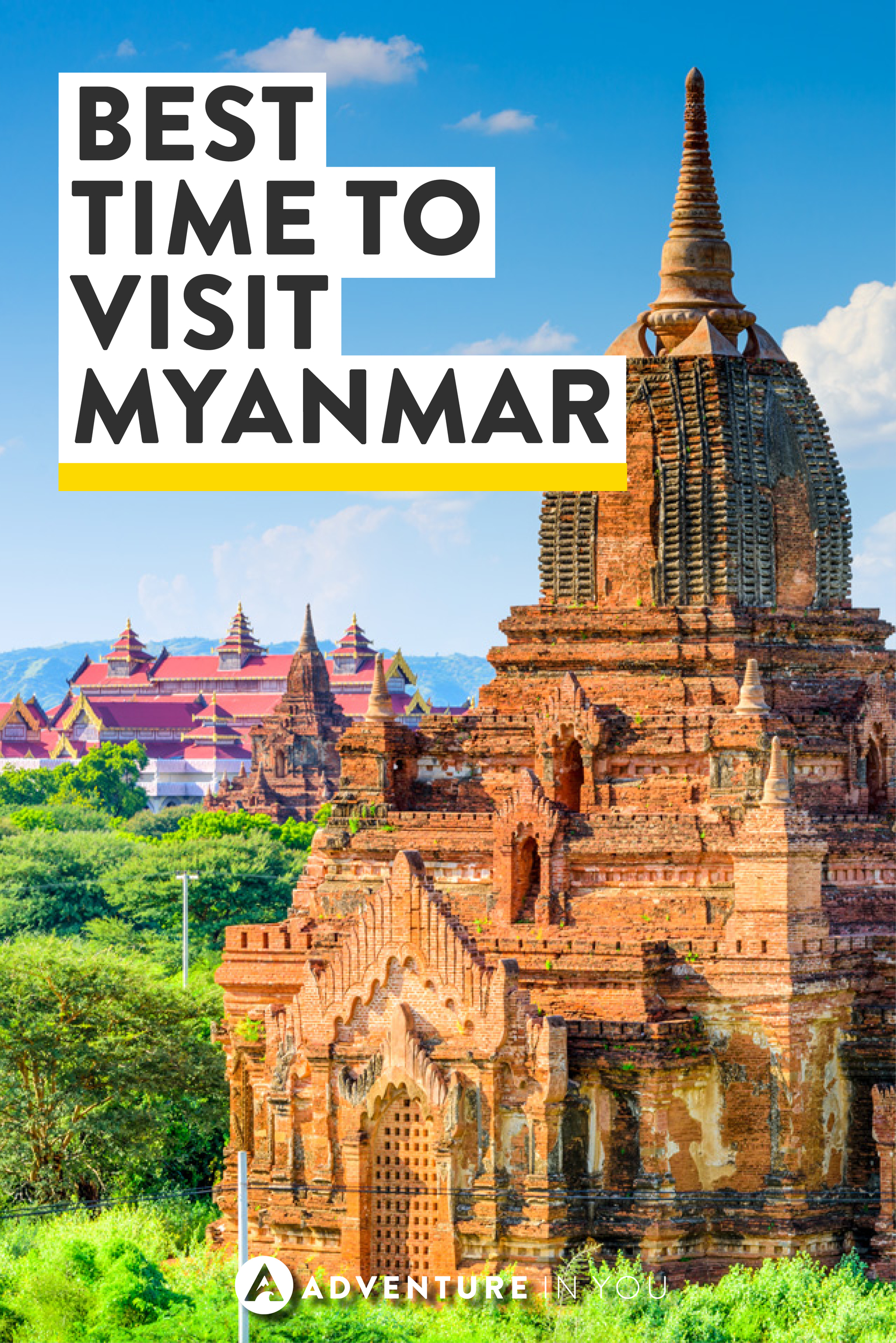