Being that Cannes is in center of film, arts, and culture, there is no shortage of hotels for people to stay on. Located right in front of the Marina, Radisson Blu 1835 Hotel & Thalasso is a hotel and spa that offers luxury and relaxation all in one package. As soon as we walked in the brightly decorated lobby, we were greeted by the hotel staff who promptly offered to assist us with our baggage. Upon checking in, we were given a tour of our hotel room which had the best view of the marina and the Mediterranean Sea.

Related: A Guide to Planning your Dream EuroTrip

Upon entering the room, the bed was the first thing that we saw and was probably the best bed that we have encountered during our travels. Without hesitation, I immediately plopped on the bed and never wanted to leave. Since then, we began referring to the bed as the cloud as our sleep during our two nights stay were some of the best that we’ve had.

The bathroom was equipped with Japanese technology which heated the toilet and provided a built in water cleanser and dryer. Apart from that, it had a large bathtub and a strong rain shower which provided another level of luxury for us. The room was equipped with a large flat screen TV which we were excited to use but unfortunately couldn’t play movie files from a USB stick. Although this was not a big deal as after all, we were in Cannes not to watch TV. 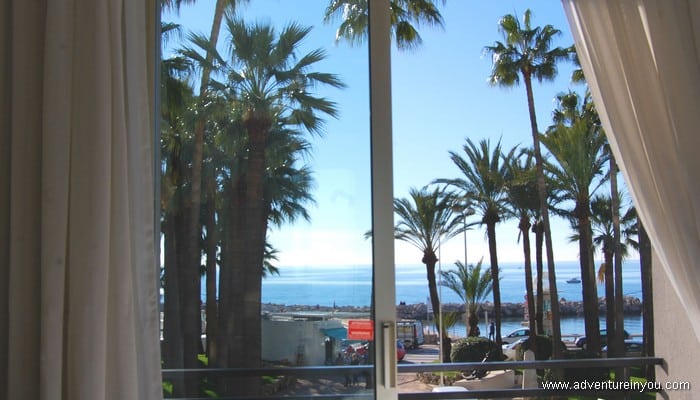 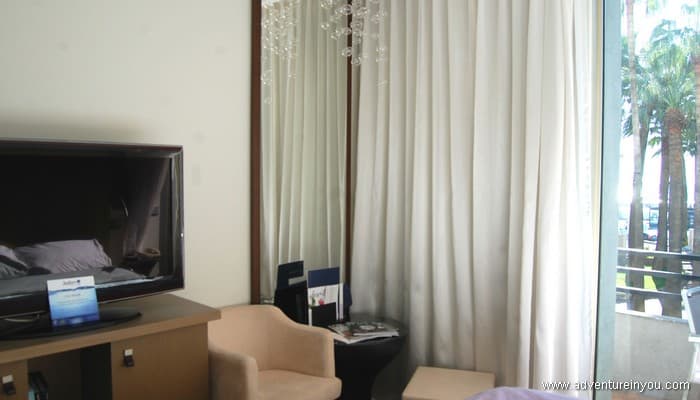 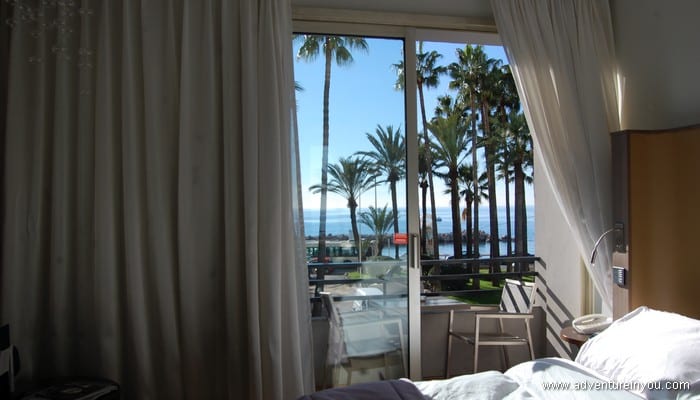 Connected to Radisson Blu 1935 is the Les Thermes Marins de Cannes which is a peaceful escape for those that want a bit of relaxation. The Thalasso Spa in Cannes offers state-of-the-art fitness equipment as well as well trained staff to accommodate your needs. Being guests of Radisson Blu, we were given the chance to use the pool facilities, Jacuzzi, and steam and sauna. Tom and I spent an afternoon relaxing in the Jacuzzi as we took in the beautiful views of where we were. Included in the spa facilities was a hammam (Turkish bath), caldarium (Roman bath), and an indoor and outdoor seawater swimming pool for guests to enjoy. 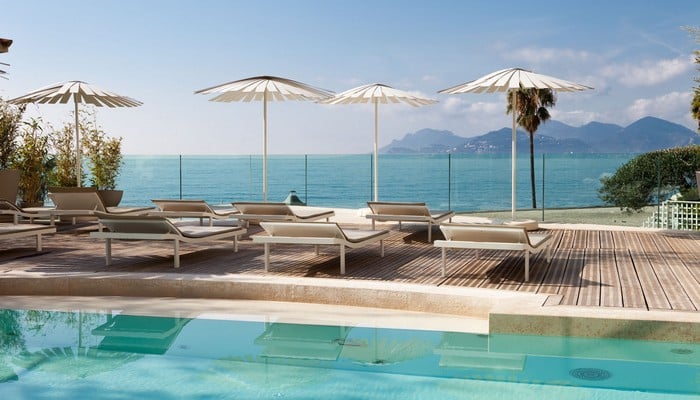 Naturally, a highlight for us was the breakfast that was served along with our room. This has been by far, THE BEST HOTEL BREAKFAST that we’ve ever had! Being the massive food lovers that we are, the breakfast had everything that you could ever want. 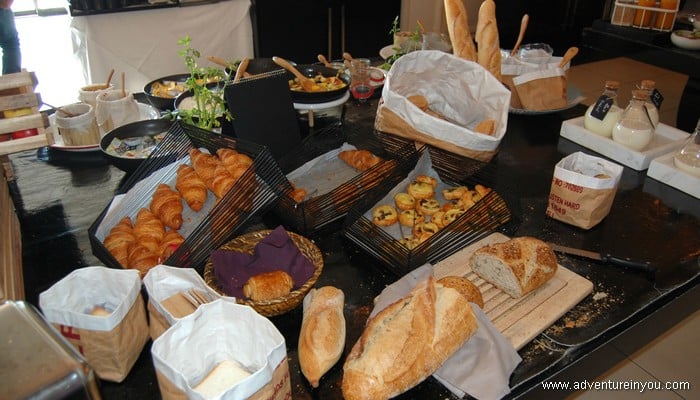 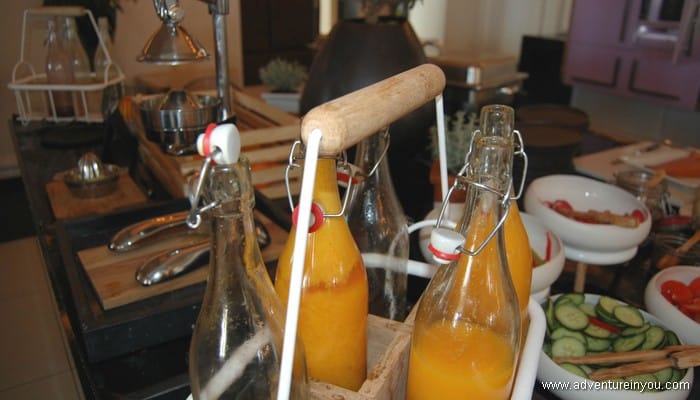 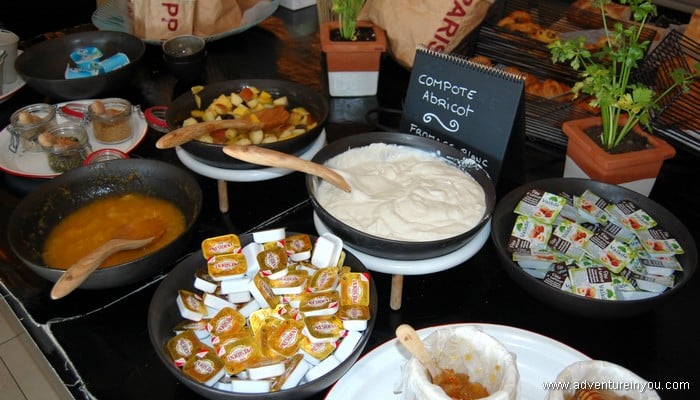 Freshly baked bread, cheese, ham, every type of cereal along with some savory breakfast favorites. The wide array of delicious food to choose from was a little overwhelming but is never a bad thing. They had French delicacies and some a la carte items like French Brioche Toast and eggs. Freshly squeezed orange juice, coffee, tea, and fruit shakes were also readily available for everyone. It was such a good selection of food that our breakfast meals usually lasted a couple of hours. Their restaurant above also offered a spectacular view of the Marina as you dined with one of the best views in Cannes. 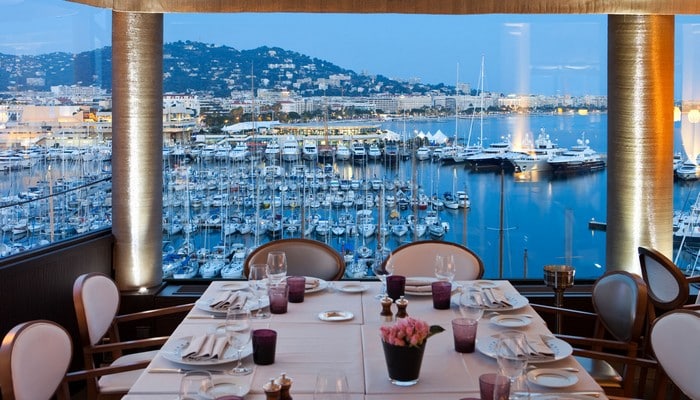 Our Overall Stay at Radisson Blu

Our stay at Radisson Blu was both enjoyable and relaxing. The rooms were such a nice treat for us tired travelers and was a great base for when we did day trips to Monaco, and Nice.

Thank you to the wonderful staff who welcomed us during our stay. Sitting inside the Jacuzzi as the crisp Autumn air surrounded us as we watched the sun go down the Mediterranean Sea is a memory that I won’t be forgetting anytime soon. It was truly the perfect way to end our trip down the South of France. 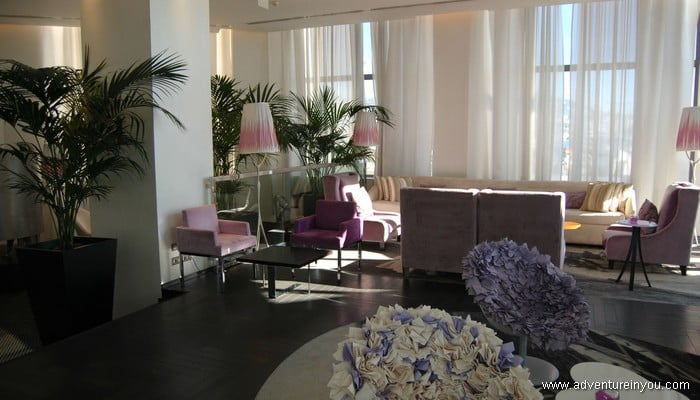 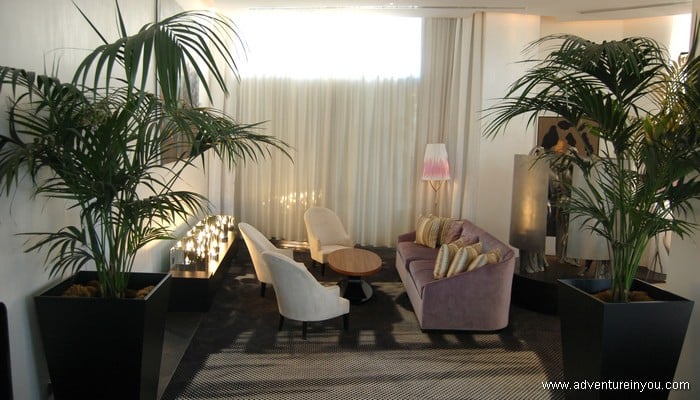 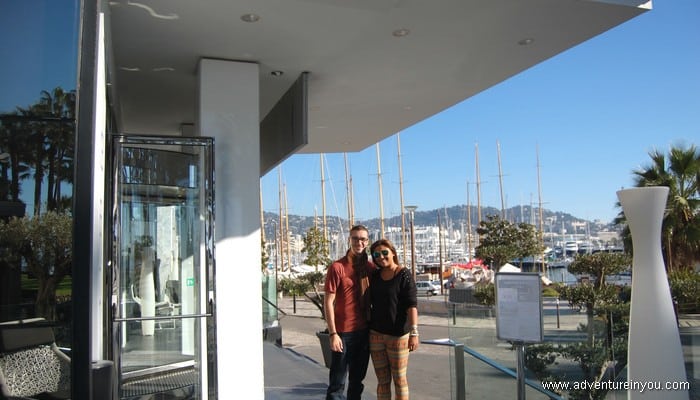