While Australia slept and the country was blanketed in darkness, the minibus climbed up from the Gold Coast and into the Queensland Hinterland. On board were 24 tired – but excited – people, who were about to float off into the skies, and see the Gold Coast from a perspective unseen by most people. We were going hot-air ballooning!

After perhaps an hour, the minibus turned onto an unsealed dirt track, bumped along for a few kilometers, before stopping at a random field which would be the start of the next part of our adventure.

We had climbed into the mountains, where the air was cooler and an impenetrable wall of fog and darkness enveloped us. The first signs of dawn’s arrival were spreading across the sky from the eastern horizon with black shifting to hues of dark-purple. In this misty half-light, the landscape adopted an eerie, ghostly quality.

Suddenly, disrupting the silence came the fierce roar of a fire-breathing dragon, which blew life into the limp, lifeless fabric sprawled on the grass that would soon be our balloon, our ticket to anywhere. 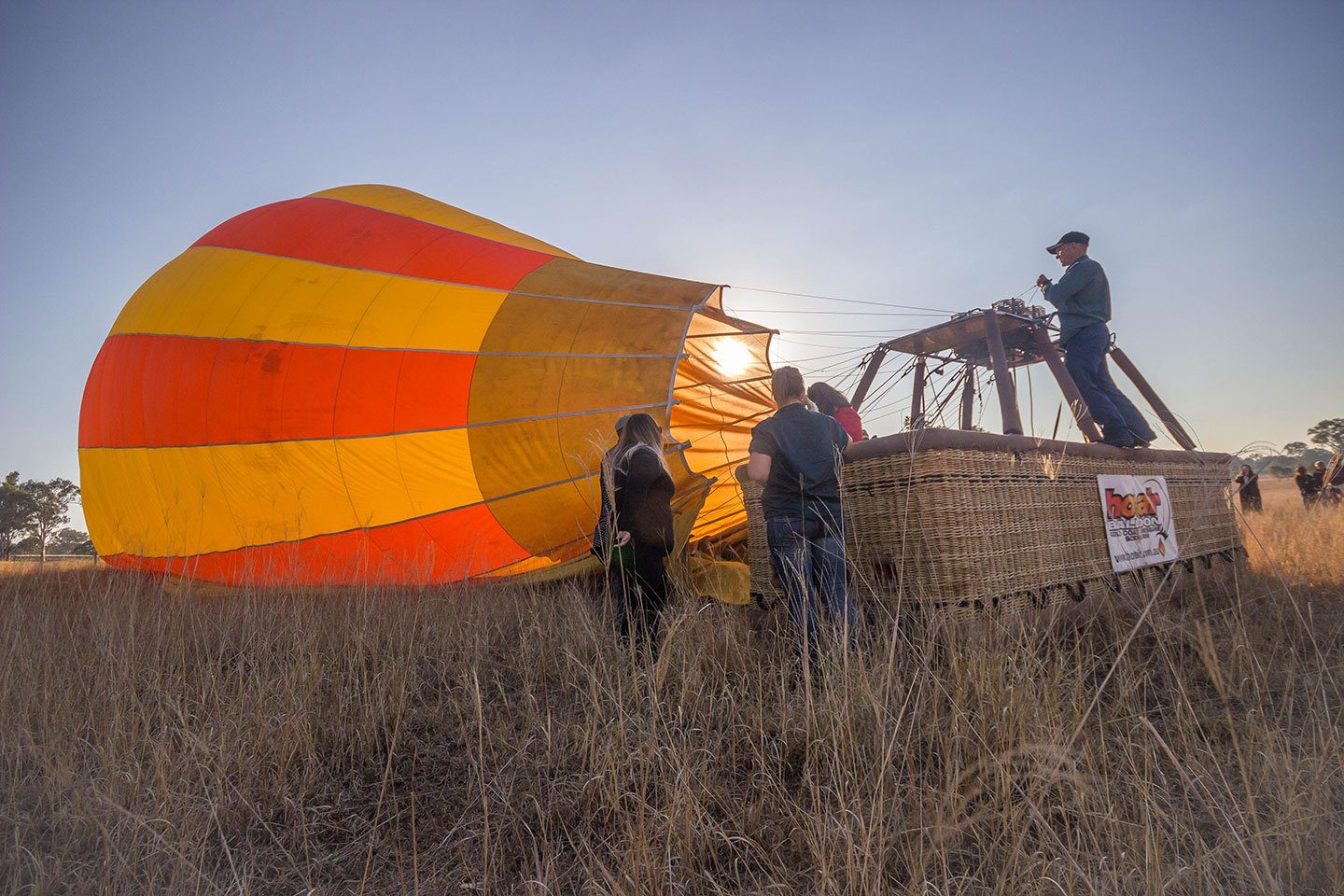 Watching a balloon inflate is hypnotizing; it swells and bulges impossibly large until it seems it could pop at any moment. This was my third time flying in a balloon but I was still struck by the size of it, dwarfing the tiny basket into which we would soon climb. After the dragon had breathed all 450,000 cubic feet of hot air into the balloon (the same as 450,000 basketballs!), we were ready to fly.

A hot air balloon take-off is not an adrenaline-filled rush, but a slow and tranquil moment which feels almost magical. The weight of the passengers (the ballast) holds the basket on the ground until a tipping point is reached where enough hot air fills the balloon that it has no option but to fly.

Read: 8 Awesome Outdoor Adventures You Have to Do in Australia 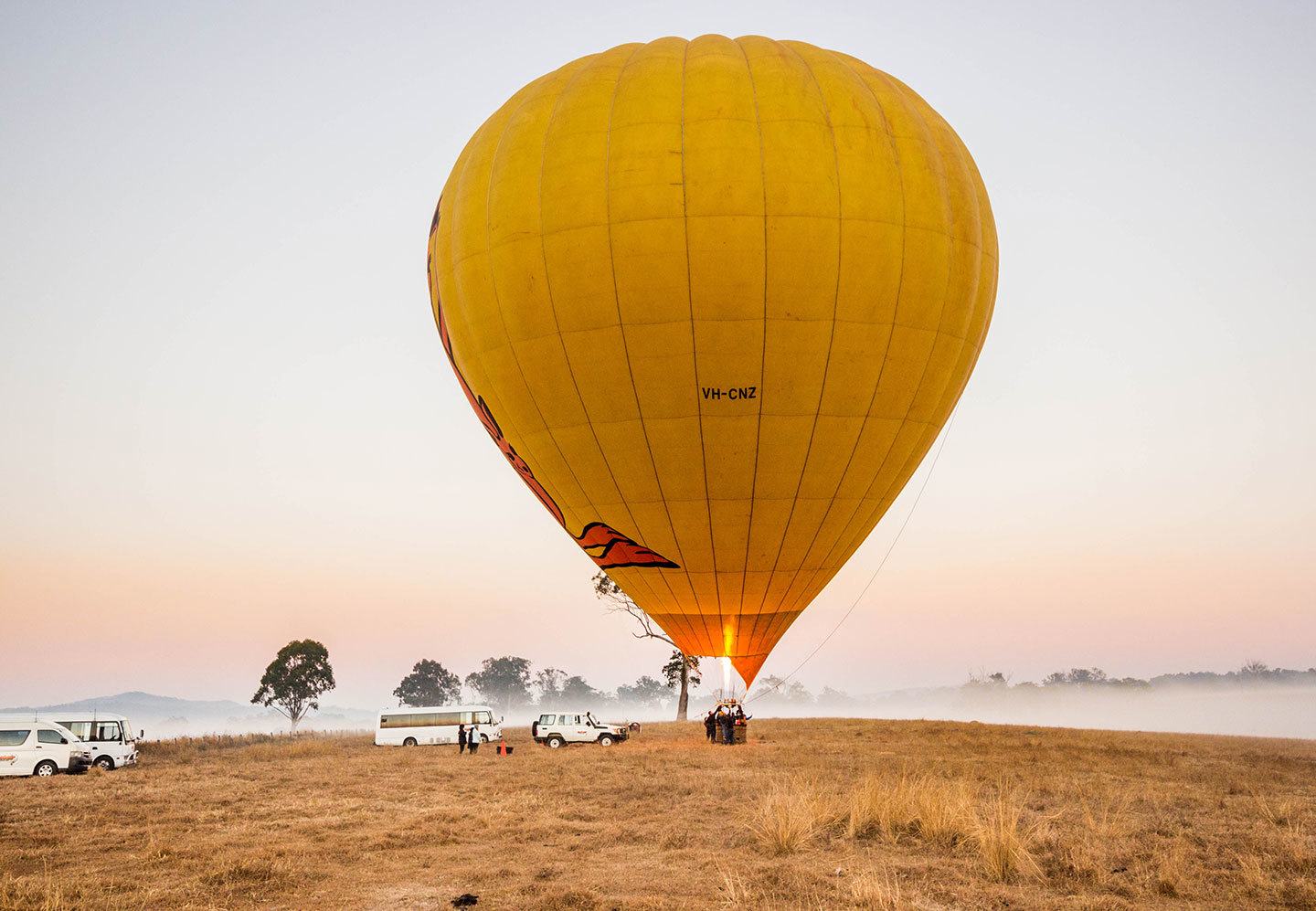 One moment you’re stationary on the ground, the next moment the ground has dropped away and you are flying. You are now at the mercy of the wind (and the exceptionally talented pilots who can’t steer but can change altitude to latch onto different air currents to change direction).

No-one was complaining about the cold winter morning now; we had the world’s biggest heater right above our heads. Also, we were being carried at the same speed as the wind, which makes the air feel completely still, even though we were flying at 30km/hour.

As the sun broke the horizon, a thousand shades of purple, orange, red and blue decorated the sky, and golden light hit our faces, already 3,000 feet above the ground. The mist which had swirled around us on the ground was now threading itself between the trees and farm buildings far below. Each of these trees and farm buildings casting a shadow hundreds of meters long, far bigger than their actual size. The lofty mountains which had towered above us minutes earlier, – we now looked down on their rocky summits.

Read: Top Australia Road Trips That You Have to Do 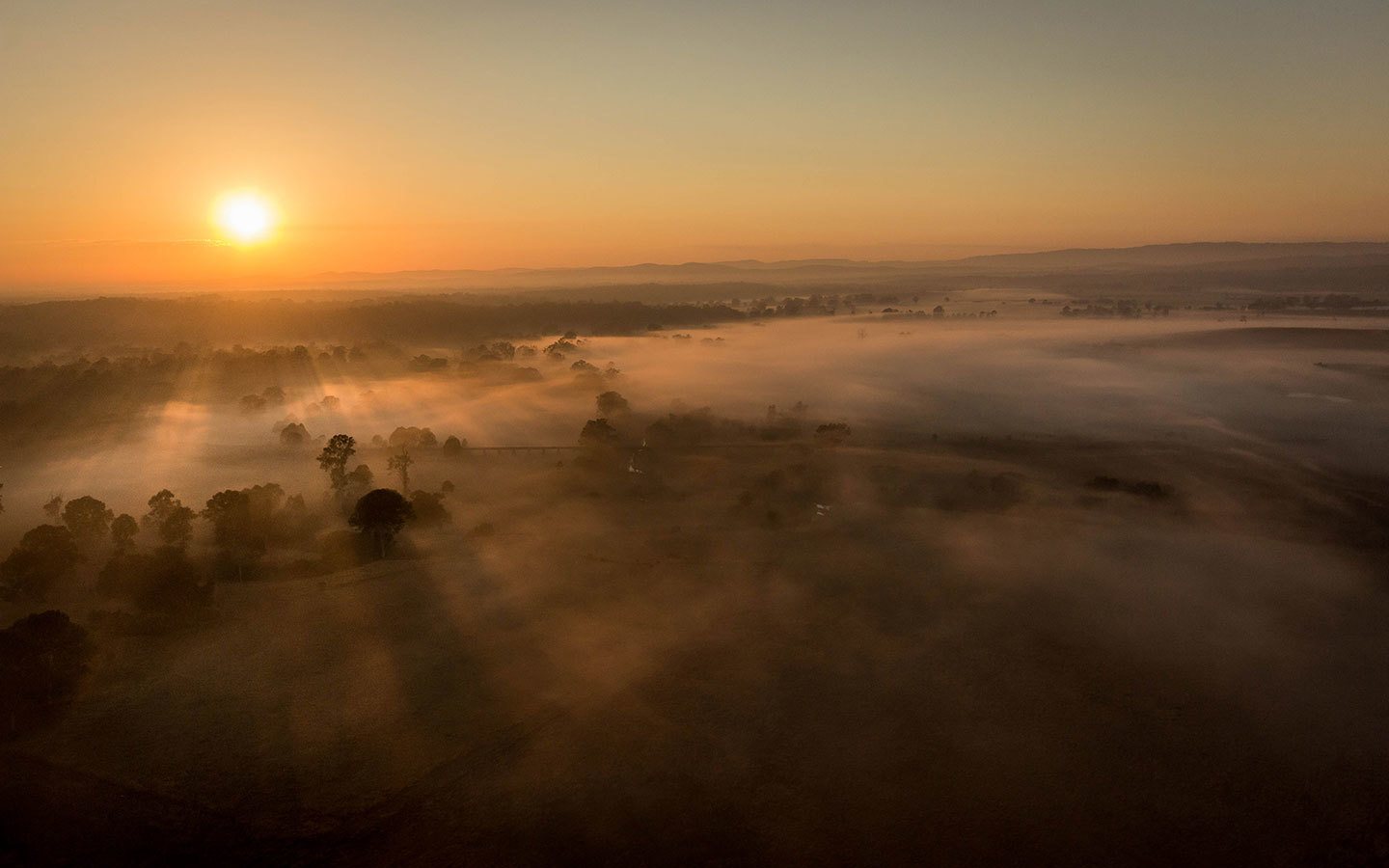 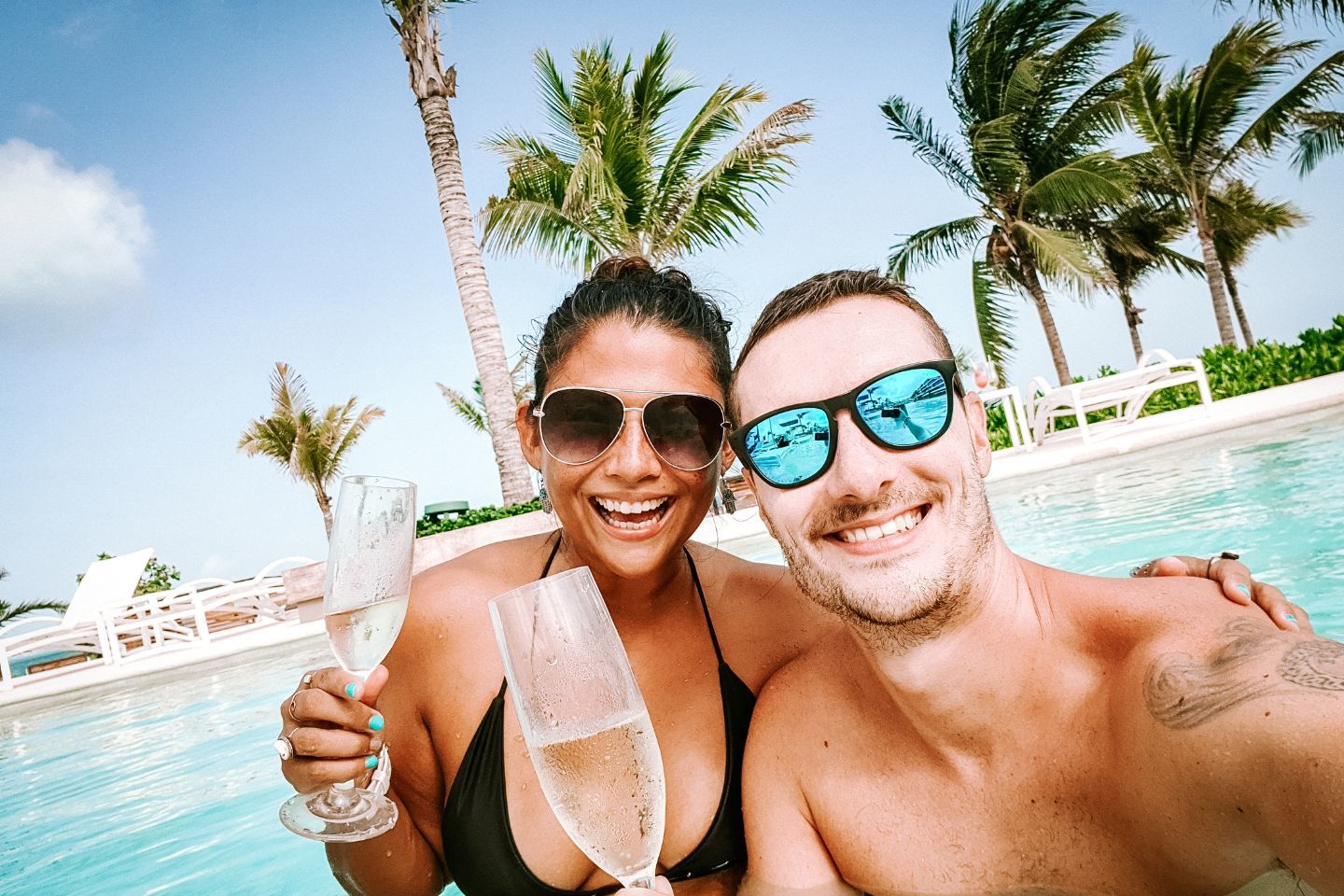 We've been traveling the world for the last 8 years thanks to our blog! BUT, here's the thing...not all blogs make money. Tune in to our free workshop where we share HOW we profit from our passions and how you can do the same.

View From The Air

A balloon immerses you into a full panoramic viewpoint with something to see in every direction. On the northern horizon were the distant skyscrapers of Brisbane which appeared as a model village. It was bizarre to imagine several million people just waking up there when we had already crammed so much adventure into the day.

To the east was the Gold Coast, with the prominent skyscrapers of Surfers Paradise jutting out of the coastline. Beyond that was the sea, painted gold, holding a shimmering mirror towards the sun. Peering south was the New South Wales border, and the distinctive shape of Mount Warning, the highest peak in the region, and the first point of Australia to see the sun each day. Looking west was successive rows of mountains, all fenced in with one large wall of jagged rock; the Scenic Rim, the happy consequence of a volcanic eruption many, many years ago. 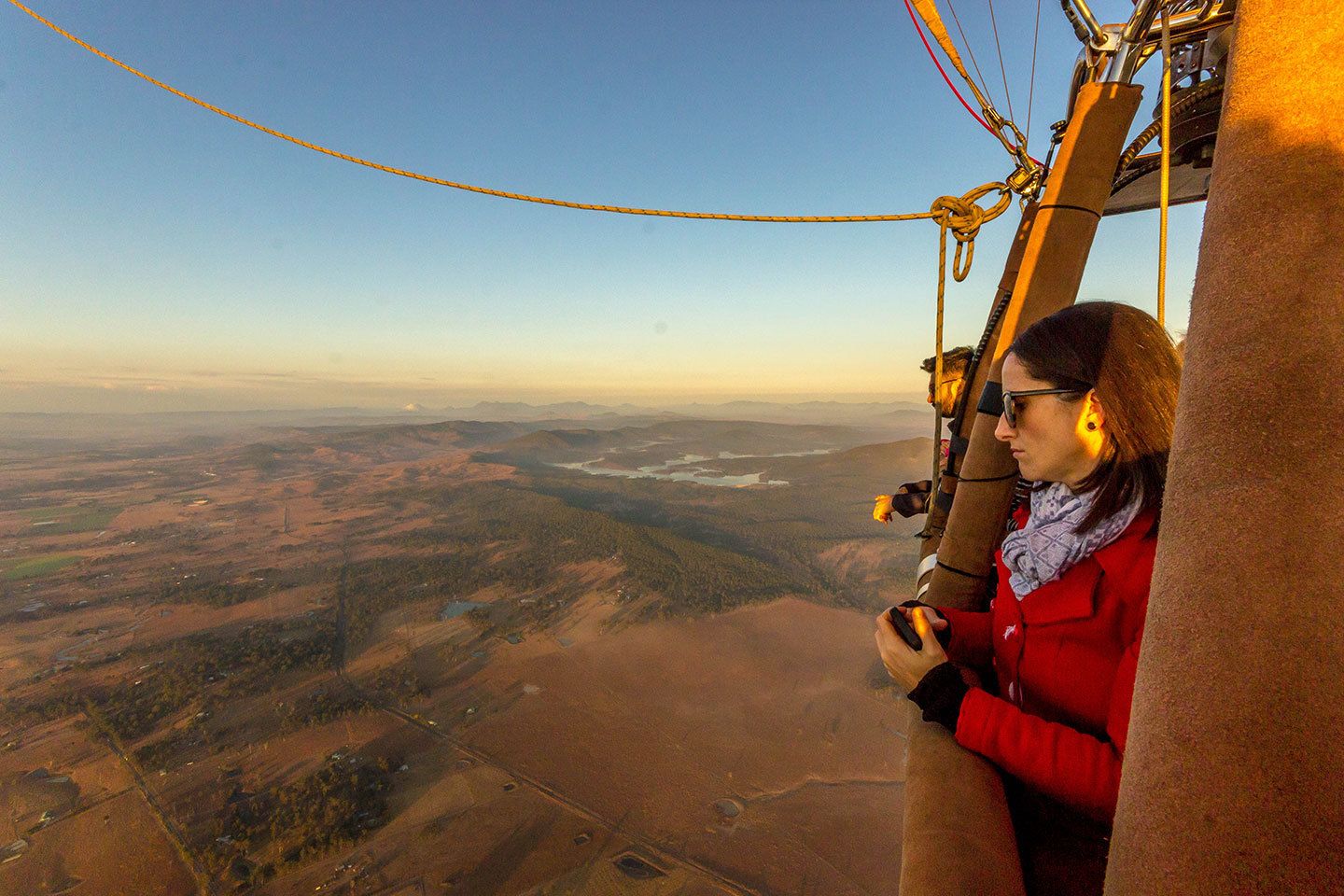 After flying quickly in the strong wings at several thousand feet of altitude, we dropped low enough to hear the birds singing, just about scraping the tops of the trees. We drifted peacefully over rivers and fields where horses galloped playfully below us.

The skill of the pilot was incredible. He pointed out from nearly a kilometer away, where he planned to land; a gate on the edge of a field, where a minibus was already parked and waiting for us. The pilot noticed that the winds at a lower altitude dragged us left, and the winds at a higher altitude, right. He altered our altitude depending to steer us left or right, and when we emerged from our crouched ‘landing position’ we saw the gate and minibus only a few meters away. It had been another successful flight, though the pilot did apologize that the flight was a little longer than the hour expected. I don’t think anybody minded the delay!

The 1 Thing We Never Leave Home Without...🙈 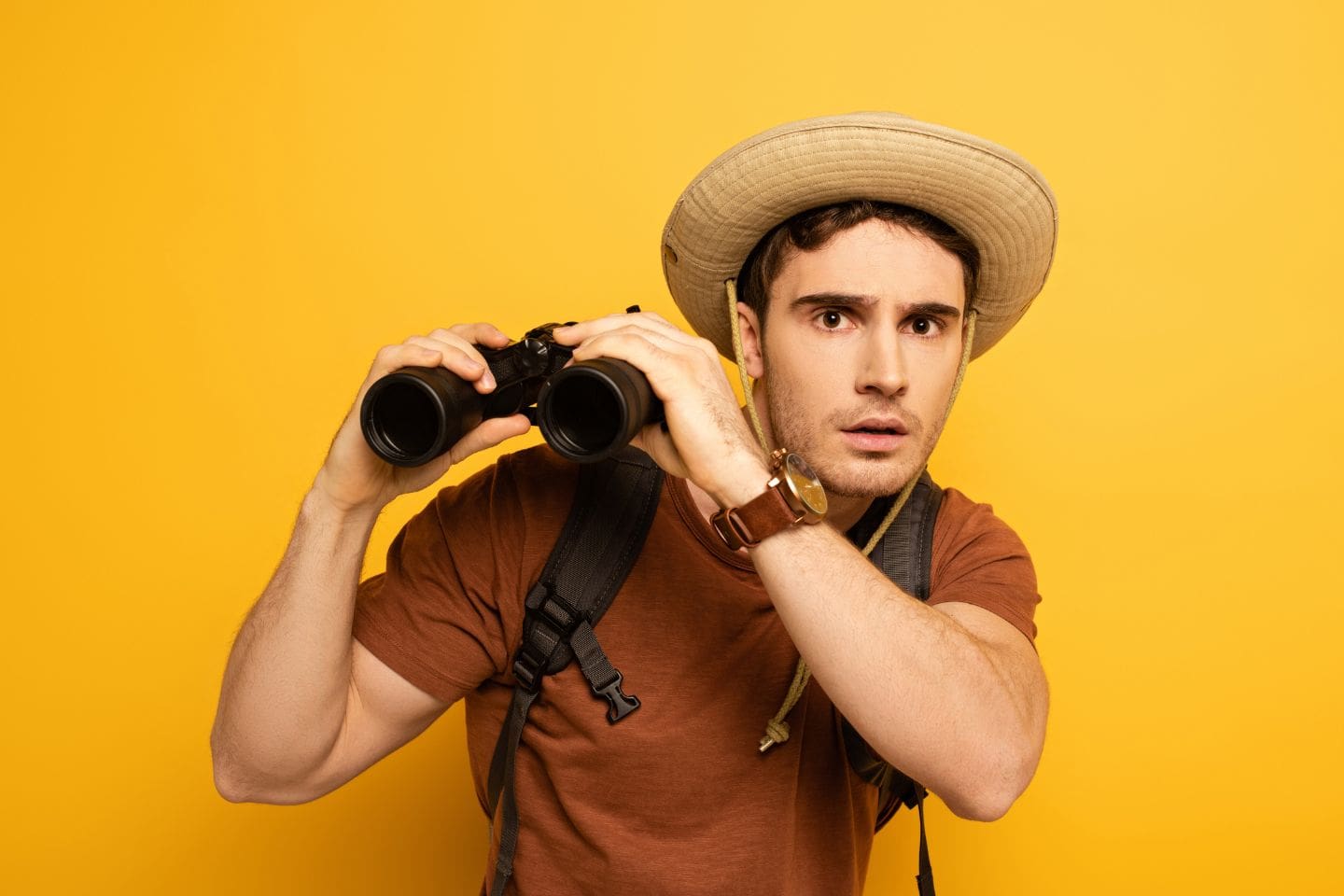 Coming from someone who has been traveling the world for the last 8 years AND has been in the hospital 2x, travel insurance is something everyone NEEDS to get. Click the button below to get a quote from the two companies we recommend.

In the pioneering days of ballooning, when it was a more dangerous pursuit and accidents rather more common, a successful flight was celebrated with a glass of champagne. Thankfully this is one tradition which hasn’t been lost.

In the peaceful setting of O’Reilly’s Vineyard, we were handed a glass of champagne and sat down for a buffet breakfast. It was 9 am, and by now we had been awake for 5 hours and worked up quite the appetite. I headed straight for the English breakfast, loading my plate with eggs, sausages, bacon and hash browns, but there were also inviting, healthier options of fruit, bread and cereal available too.

With a book, I could have stayed at the vineyard all day. Hemmed in by mountains, and with a river running through the property, it is a peaceful place to spend some time; wander through the vineyards, feed the alpacas and take a nap, especially after such an early morning! 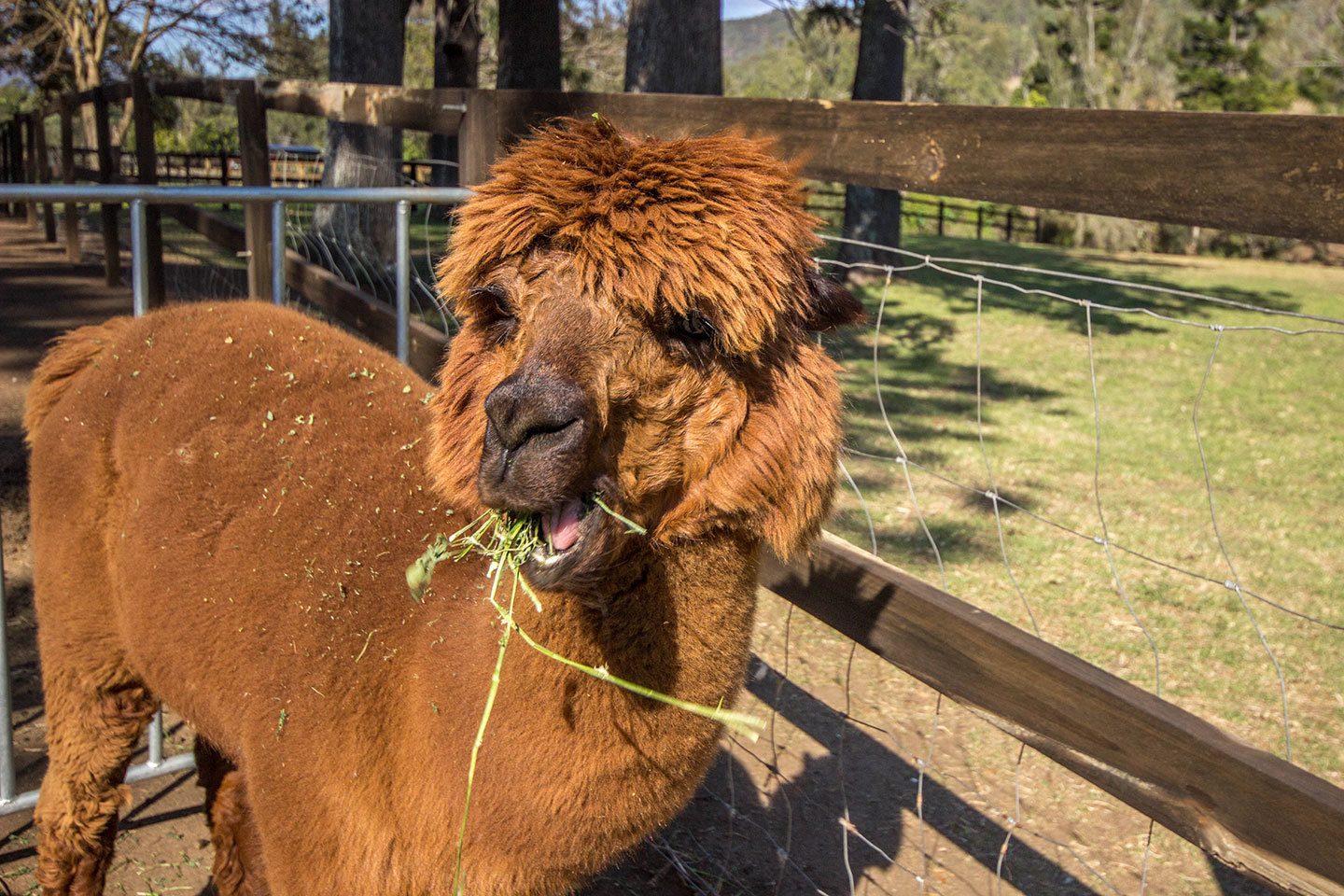 We were back in the Gold Coast by 11am, with a number of drop-off locations available, including many other tourist sites or hotels. A hot air balloon flight with Hot Air Balloon Gold Coast offers a unique view over the Gold Coast and surrounding areas, and is sure to provide a morning and sunrise you won’t forget anytime soon.

It is a sure way to inject a little glamour AND adventure into your next trip to Australia’s Gold Coast.

Price: $280 per adult. $229 per child.
Website: HotAir.com
There are also flight options available in Brisbane, Cairns and Port Douglas. 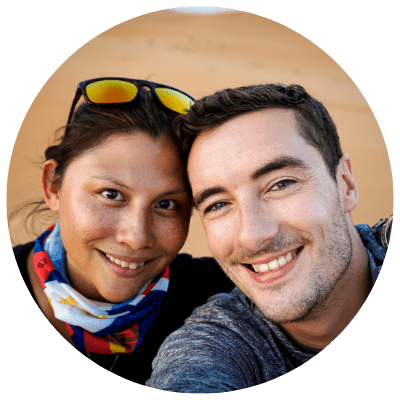 Hey there! We're Tom and Anna, the two travellers behind this travel blog, Adventure in You. We've been traveling the world for the last eight years in search of the best adventures. Click to find out more about us and how we've turned this travel blog into a business.